Global trade witnessed a slump in 2020 as global demand, output and supply chains were all hit by the impacts of the coronavirus. A year later, and global trade is back to pre-COVID levels, as the global economy starts on the long path to recovery.

In the first of a two-part interview, we speak with Ludovic Subran, chief economist at Allianz and Euler Hermes, about the reasons for this recovery, post-pandemic supply chains and protectionism.

Unravel: Global trade has bounced back faster and stronger than expected this year. What are some factors driving this recovery?

Ludovic Subran: There are basically three reasons behind the trade recovery. The first is the fact that manufacturing and construction have remained steady. Trade in goods has not been as affected by confinements and lockdowns as the rest of the sectors because it’s basically a service crisis. For instance, the tourism industry is still very depressed. So, it’s really global trade in goods that picked up. Because lockdowns, for example, didn’t stop assembly lines.

The second reason is that while people were at home, they continued to consume products. We’ve seen a huge substitution in containers for e-commerce products. A lot of trade now is through e-commerce. So that’s the Amazon or the Alibaba effect of trade. This is a big boost to trade. Whether from the local store or a retailer, people ordered more online. I think this boosted global trade recovery.

While the shock was very deep, the rebound was twice as fast compared with the 2008-2009 crisis. In that sense, now we are in the stage of overheating of trade because trade prices [container and input prices together] are really overshooting and trade volumes have more than recovered what they lost during the crisis.

Unravel: Can we say supply chain disruptions seen last year are a thing of the past?

Mr Subran: There are two types of supply chain disruptions. There is one related to supply and demand mismatches. The fact that the world economy reopened in a very disorderly way, is creating a lot of these frictions. So, you have these bottlenecks.

Then you have the second aspect, which is a pure price story. And the price story is much more complex. It is a mix of several supply issues. So, some people have priced their inputs or their raw materials a bit higher, while container prices have exploded. And there is a bit of speculation. People are worried about future shortages. So instead of ordering one container, they order two containers. This is putting extra pressure on an already very tense just-in-time supply chain model. That is clearly having an effect in Europe for example. A lot of corporates will have as much as one to two points of margin of an effect of the industrial inputs’ inflation. We expect this to be with us, right up till 2022. Another year from now we expect a form of normalisation at least on the supply and demand friction front.

Unravel: Even if the prices come down, you don’t expect them to go back to pre-pandemic levels?

Mr Subran: No. Because we have been under-investing in trade capacities for so long. If you remember the narrative before this crisis – it was all about globalisation being dead, trade being all about services. Now you realise that trade in services is small compared to trade in goods. You have a ship stuck in the Suez Canal for a few days and you have an extra month of delay at the ports in Europe. So, it has exposed to the world the vulnerabilities we have on trade. And of course, it does also excite the appetite of policymakers to go back to the reshoring and relocation narrative, and this whole story about being self-dependent.

This is not very good news because it could fuel the fire. If protectionism is recharged and reloaded, not the way Trump did with tariffs, but really, by forcing nearshoring or reshoring, it could fuel inflation of trade, because we’re going to have a higher cost base in some of these countries; and of course, because everybody’s going to do the same. So, you’re going to have a bit of friction in accessing some commodities, and some innovation or innovation-rich components like semiconductors, for example.

The risks of policy mistakes and false promises are very prominent. And this would add, I think, to supply chain disruptions. But clearly, this crisis has reminded all risk managers that sourcing and supply chains are very vulnerable. Therefore, they need to manage these risks much better than they had in the past.

Unravel: Do you see any long-term implications of the pandemic on supply chains (such as localisation, regionalisation or reshoring, for example)?

Mr Subran: I think it’s short-term. When you look at the history of crises, usually during each crisis we have policymakers focusing on localisation, reshoring and the like. If you look at Google Trends and look for reshoring or similar words, you’ll find they appear at the time of every crisis because there is this reality check on how dependent you are on other countries that may not be as friendly. But I hope this will be short-lived and that pragmatism and cost-competitiveness will win. However, this time, this is all happening against the backdrop of the US-China rivalry and European ambition with industrial policy—such as the EU setting out an ambitious plan to grow its share of the global semiconductor market to 20% by 2030—and that’s different from past crises, so perhaps the implications will stick for longer.

It really is a wake-up call for companies to invest much more in understanding business, politics, and international relations, strengthening their public affairs department, understanding that political risk is really back and that it could actually create very different incentives, because policies can change at short notice. Some countries may open on one day, and then close again. This is problematic because companies need forward visibility. Too much intervention makes this difficult – for example, a company’s shipment could arrive at a port and be taxed twice as much as it was a week earlier. This isn’t good for global trade because it creates frictions, but companies must be prepared.

But there is good news, too. For example, tariffs are going to go back to the pre-Trump era. It’s very hard to see what direction US trade policy will take. Does Americans First after America First really mean the US will look make trade work for its middle class? Across the Atlantic, Europe is having to choose between stronger ties with the US or China.

Things are happening for China and Asia, because China has invested a lot in its local catchment area. But most Asian countries use China as a middleman, and then export to the rest of the world. I think we’re going to see more regionalisation in globalisation. We have seen that before.

I am still very hopeful that we are going to get more free trade agreements. I see trade barriers going down. But I also see some politicians playing the trade story to justify some policy intervention because it is easy to do so in crisis time. I just hope that it normalises as fast as it did during the aftermath of the other crises, which is within a year or a year and a half. However, this one could stick a bit longer because it is about health, so it may be easier to justify protectionism for longer.

Unravel: Do you think protectionism could be one long-term effect of the pandemic?

Mr Subran: I don’t think so. I think the pandemic is an excuse for some people trying to offset some of the jobs and market losses they’ve had due to globalisation. And to be fair, I think, if we want to normalise inflation in the world, we will need to do it through globalisation. So, we cannot, expect to normalise prices if we don’t allow more open and more free trade.

Globalisation in its first wave worked for the consumer because prices were cheaper for everybody so you could buy and be part of the middle class. Then came the 2010s and it was a bit more complicated because inputs of production started to move, especially jobs. We saw massive outsourcing, massive industrialisation, massive competitiveness and cannibalism. And this is certainly a transformation that some countries navigated better than others. This is the rise of Southeast Asia as a manufacturing hub. This is the rise of Germany in Europe.

This time around, I think people are trying to offset some mistakes of the past by taking back some control and they are doing so using industrial policy. However, I think the consumer side of the story and the price issue are going to trump those appetites to be more in control of inputs of production. We did a survey back in November, and we asked companies in the US, the UK, Germany, France and Italy: “Are you serious about reshoring, or nearshoring?” Less than 15% of the surveyed companies told us they are seriously considering relocating some of their production or assembly lines or looking for new suppliers closer to home. So, it does resonate with the private sector. The private sector knows that you can move the soloist, but you cannot move the orchestra.

If you have some countries, some sectors, some branches that have been thriving in an ecosystem, because you have the qualified labour, the raw materials not too far, the right trade infrastructure, and so forth – you cannot really move that back without having strong implications on quality, price and innovation. What we see now is that the trade deficits of the US, or the UK have never been as big as they are right now. Every stimulus that President Biden injects is benefiting China much more than the rest of the world. Because there is no alternative when it comes to supply, yet. It will take years to rebuild some of these alternatives, especially for those countries where the service sector is the major contributor to growth. I’m hopeful that pragmatism will win.

The second part of the interview focuses on the current global supply-demand dynamics, changes and shortage in the shipping business, and why Asia-Pacific fared better than other regions with respect to trade and supply chains through the pandemic. 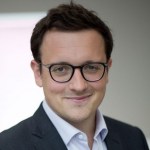 Ludovic leads the economic research at Allianz SE and Euler Hermes. Before joining Allianz, Ludovic worked for prestigious institutions such as the French Ministry of Finance, the United Nations and the World Bank. Ludovic also teaches economics at HEC Business School. Ludovic is ranked in the top 100 French leaders of tomorrow; he often shares analyses with clients and the media. He has helped design economic policies in more than 30 countries around the world.