Gig work in Southeast Asia: Its rise and concerns

As the effects of the pandemic continue to overwhelm our economies, the debate around the vulnerability of gig workers—who comprise an increasing share of the labour force—is gaining steam
08.12.2020
Chong You ZhenEconomist

As the number of people joining the gig economy continues to grow, questions around their vulnerability has picked up as well. Photo by Shutterstock.

On 1 January 2020, a new law came into effect in California, seeking to compel all companies to treat more of their workforce like employees. The Washington Post considered this “a cataclysmic shift” for the gig economy, in which workers have enjoyed the flexibility to choose when and where to work, which jobs to fulfil, but face insecure earnings and lack employment benefits like paid sick leave or insurance.

California regulators are not alone in this push. Gig platforms like Uber, Lyft and Postmates have been facing significant pressures in other jurisdictions over the legal classification of gig workers and the level of benefits to provide.

These regulatory pressures stem from the strong growth of gig platforms in recent years, which has multiplied their impact on the workforce and economy. Additionally, they often attract a vulnerable unskilled demographic of workers, who could be transitioning between jobs or seeking to break out of the cycle of poverty. As disruptions caused by COVID-19 measures and economic uncertainty continue to play out, voices of alarm at the vulnerability of gig workers relying on these platforms have further rallied.

At the time of writing, California has just voted to classify gig workers as independent contractors (instead of employees) eligible for some benefits based on their time spent en route or on trips, such as 120% of minimum wage and healthcare contribution by gig platforms. This is commonly seen as a victory for gig platforms, in avoiding the obligation to provide full employment benefits.

For the rest of the world, the regulatory deliberation continues. Likewise, in Southeast Asia, gig platforms like Grab and GoJek have accomplished astounding growth in recent years. There are unique concerns around the gig economy in the region.

Context of the informal economy

It is important to first contextualise the broader informal economy, which the gig economy is a part of. The informal economy comprises all economic activities by workers with no or insufficient coverage by formal arrangements. Examples include undeclared jobs or earnings, self-employed workers subcontracted by companies without formal contracts, or family workers contributing to the business without formal arrangements.

When examining the concerns of gig workers getting “stuck” in gig work, it is also important to keep in mind that the bulk of the issues raised fall beyond gig platforms, in the inflexibility and high barrier to entry of traditional work, and in the lack of viable alternative options exacerbated by the pandemic and economic downturn.

The International Labour Organization (ILO) and Organisation for Economic Co-operation and Development (OECD) have observed these trends in the global informal economy:

The gig economy is a newer form of informality, seen both as part of and a step up from the “traditional” informal economy.

The key difference is that gig platforms bring their workers out of the invisibility in informality. Once they are registered on a platform, they can potentially be connected to social security frameworks. Combining the efficiency advantage of large gig platforms and flexibility of gig work can be advantageous to both gig platforms and workers.

The concerns regarding the gig economy, such as the lack of job security or social protection, are in fact concerns relating to the informal economy. However, gig economy giants have now become the face and means for regulators and informal workers to converge upon and demand responsibility from.

Southeast Asia is in a relatively early phase of the gig economy narrative, with divergent perspectives put into focus by gig companies and observers.

On the one hand, gig companies like to highlight case studies of uplifting people from the rest of the informal economy, and of providing livelihoods.

On the other, opinion pieces have focused on the fear of unsustainable earnings provided by these platforms, the lack of earnings security or benefits, and youth getting “stuck” in the skills trap without room for progression in gig work.

Given the pandemic-stricken economy, it will be interesting to observe how the regional narrative continues to develop.

Platforms also play a role in ensuring service standards are met, to build trust and confidence in customers to use the platform and be matched to a gig worker to render a service. Gig workers who fall short of basic requirements and do not improve can be suspended from the platforms, in order to meet customers’ expectations of the service.

Hence, in my view, these platforms should also contribute to fairness and safety for gig workers. In the pandemic-stricken economy, this can take the form of insurance and initiatives to connect them to more earning opportunities, which some Southeast Asian gig platforms are providing.

The key difference is that gig platforms bring their workers out of the invisibility in informality. Once they are registered on a platform, they can potentially be connected to social security frameworks. Combining the efficiency advantage of large gig platforms and flexibility of gig work can be advantageous to both gig platforms and workers.

Gig work is not employment, and it is too simplistic to think that adopting employment characteristics and benefits will help gig workers.

For instance, a criticism of gig work is that there is no progression and a long-time gig worker is worse off than a peer who spent the same time in employment, acquiring skills and progressing within a hierarchy. This does not mean we should simply introduce hierarchy to gig work. Gig work today is accessible and flexible, making it a viable source of side, transient or full-time income for working adults who wish to take this path.

This also enables gig workers to take charge of upskilling and pursue advancement in other work opportunities concurrently if they choose to, while gig work provides for their near-term financial needs. Some platforms like Grab have also taken one step further to partner with governments and other stakeholders to provide upskilling opportunities.

When examining the concerns of gig workers getting “stuck” in gig work, it is also important to keep in mind that the bulk of the issues raised fall beyond gig platforms, in the inflexibility and high barrier to entry of traditional work, and in the lack of viable alternative options exacerbated by the pandemic and economic downturn.

These perks are drawing in and keeping gig workers. The rest of the economy needs to catch up or improve its value proposition to woo workers back. Just how the workforce is slowly shedding its valuation of loyalty to a company, perhaps this is a timely call for employment regulations and practices to be reviewed to meet today’s or tomorrow’s needs.

For now, gig workers have voted with their time.

* The views and opinions expressed in this article are the author’s own and do not necessarily reflect the position of his employer. 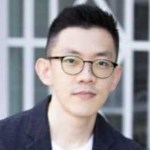 You Zhen is an economist at a major technology company headquartered in Singapore and operating across Southeast Asia, where he studies the evolving landscape of mobility and delivery technologies. Prior to that, he spent several years at Singapore’s public housing agency, Housing and Development Board. He is an observer of the interplay between technology and government.