With more than 17,500 islands, 108,000 kilometres of coastline, and three-quarters of its territory at sea, oceans are central to Indonesia’s identity and prosperity. Indonesia is second only to China as the world’s largest fishing nation, with a fishery sector that contributes over $27 billion in GDP and 7 million jobs. Oceans are also critical in mitigating the impact of natural disasters. Coral reefs and mangroves lessen the impact of floods and tsunamis for those who live along the regions, where such protection is worth at least $639 million annually.

Yet, despite the government’s efforts to maintain the health and improve the productivity of the country’s oceans, there are challenges which continue to threaten the benefits derived from oceans. 38% of the country’s marine capture fisheries are overfished, with a large fraction of the domestic small-scale fishing fleet (over 600,000 vessels) unmonitored and unregulated. Around one-third of Indonesia’s valuable coral reefs are in poor condition. Marine debris hurts tourism, fisheries, shipping, and ecosystems, costing the Indonesian economy at least $450 million per year.

Indonesia can overcome these challenges and derive greater value from its oceans with the right policies and investments. The government of Indonesia has signalled its strong commitment to a sustainable ocean economy or “blue economy”.

A new World Bank report, Oceans for Prosperity: Reforms for a Blue Economy in Indonesia, details the status of, and trends, and opportunities towards a blue economy in Indonesia, building on the existing efforts and goals set out by the government. The report argues that the future of these oceanic sectors relies on the health of the natural assets – marine and coastal ecosystems.

Here are four proposed key strategies to ensure a sustainable transition to a blue economy in Indonesia:

Indonesia has developed a fishery management area system that provides a structure for making critical decisions on fisheries harvest levels. The system is conceptually sound yet remains in need of budget, human resources, and fully-defined management plans that can prevent fish stock depletion, including clear harvest limits determined based on sound science and data.

Indonesia has developed marine spatial plans that identify areas of the oceans suitable for economic activity and areas that should remain protected. Integration of these plans with business permitting systems is now needed to ensure development adheres to zoning. A “scorecard” system could be used to track compliance and plan implementation progress, with indicators that measure status of coastal and marine resources, such as extent and quality of mangroves and coral reefs. In the long term, Indonesia could consider developing a marine and coastal cadastre (spatial title registry) to help avoid conflicts over oceans and coastal use.

Indonesia could move towards “rights-based” fishery management principles, which underpin many of the best-managed fisheries globally. Under such systems, governments grant harvest rights to certain communities for their near-shore areas, or grant harvest rights to firms for select quantities of catch within an overall harvest limit. These arrangements give fishers a stake in the management of their fisheries, encouraging good stewardship and improvements in productivity.

Indonesia could complement its impressive mangrove restoration target – 600,000 hectares by 2025 – with stronger conservation measures. Restoration needs to be completed by measures that reduce and eventually stop further loss of natural mangroves. Extension of the primary forest conversion moratorium to mangroves would be a valuable step. Indonesia could also seek results-based payments for the carbon included in the biomass and soil of its massive mangrove estate, and ensure these benefits reach coastal communities to generate incentives for continued mangrove management.

Improvements in basic services and infrastructure, for solid waste collection, water and sewerage services are needed to manage environmental impacts in coastal areas, improve basic services and quality of life in coastal communities, and protect tourism destinations from harm. The needed investment will be substantial, but global experience shows that the returns to such infrastructure are very high (High-level panel on Oceans, 2020).

Yet infrastructure in isolation will not be enough to deal with the challenges of waste. In the long run, Indonesia’s blue economy will require circular economy measures that reduce waste in the first place. Such efforts include policies that increase the price of plastics, incentives for innovation and recycling, and behavioural change towards less use of plastics in the first place. The government’s existing Extended Producer Regulation could be complemented by deposit-refund systems, improved standards for recyclable materials, minimum recycled content requirements, and public procurement that prioritises recycled materials.

A seascape as complex as Indonesia’s requires detailed and timely information to manage fisheries, ecosystems, and human impacts. Expanded coverage of surveys collecting species-specific stock and harvest information will be important, along with accelerated rollout of e-monitoring and reporting systems. Agreement on consistent methods for ecosystems monitoring and data sharing is also needed. Better data will further benefit tourism. Environmental impact monitoring could be expanded at key tourist destinations to detect problems and inform mitigation measures on a timely basis.

4. Build back “bluer” from the COVID-19 pandemic

There are opportunities to align short-term economic COVID-19 recovery efforts with the long-term needs of oceans sectors. Key management systems—such as spatial plans and fishery management plans—can be tested and implemented in a context of reduced user pressure, giving governments time to iron out challenges. Economic recovery packages can be structured to promote jobs while strengthening coastal resilience. These include labour-intensive coastal and marine restoration activities, such as mangrove restoration of coastal clean-up activities, in hard-hit tourism-dependent communities, and investment in needed village infrastructure.

Ultimately, the report is a reminder that Indonesia’s blue economy potential is not just jargon, it is a series of practical measures well-within Indonesia’s capability and ambition. The World Bank is supporting the government’s efforts to realise a blue economy strategy through investments such as Lautan Sejahtera (Oceans for Prosperity), an investment in preparation that will improve coastal livelihoods and restore critical ecosystems, the Coral Reef Rehabilitation and Management Program, a 20-year investment in coral reef management and research capacity, and the Integrated Tourism Development Program (ITDP), a platform for integrated and sustainable tourism planning and infrastructure. The World Bank is also providing technical support through the Indonesia Sustainable Oceans Program, adding to the blue-economy knowledge-base and building capacity. Through these and many other related efforts towards the same goals, Indonesia can secure a blue economy for present and future generations.

This piece was first published on the World Bank Blogs and can be read here. 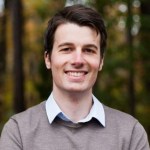 Economist at the World Bank

David Kaczan is an economist in the World Bank’s Environment, Natural Resources and Blue Economy Global Practice. His work focuses on oceans and marine conservation, forests, and pollution issues, primarily in East Asia. He is based in the World Bank’s Washington, D.C. office. 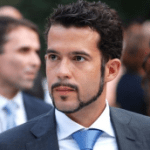 André Aquino is a Senior Natural Resources Management Specialist at the World Bank's Environment and Natural Resources Global Practice. He is currently based at the World Bank Country Office in Maputo, Mozambique. He previously worked with the Bank's Climate Change Department in Washington, D.C. Prior to that, he worked at the Country Office in the Democratic Republic of Congo and Mozambique. André works on forest, landscape, biodiversity and climate change issues.