A hamlet surrounded by forests in Paro, Bhutan. Photo by Pema Gyamtsho on Unsplash.

Raising awareness among forest dwellers in Bhutan about the extent to which they rely on benefits commonly known as ecosystem services can encourage their participation in the sustainable management of forests, according to the findings of a new study.

An assessment of community perceptions in five state forest regions designated both for commercial timber production and as forest management units demonstrates the value of educational outreach designed to provide guidance on how to evaluate ecosystem services in villages.

“Our findings indicate that raising awareness of ecosystem services and human wellbeing should be conducted by researchers to empower communities so they can self-advocate for their surroundings,” said Himlal Baral, a scientist in the climate change, energy and low carbon development team at the Center for International Forestry Research (CIFOR) and World Agroforestry (ICRAF). “Regular studies should also be conducted to track natural resource use and the benefits local people are accessing through ecosystem services to ensure management goals are met.”

All forests in Bhutan are governed by principles of sustainable forest management under the Forest Act 1995, which allows for sustainable extraction of timber and non-wood products, stipulating that local governments must improve forest conditions and the provision of ecosystem services.

Forest cover remains steady and the country is carbon neutral. Scientists estimate that $14.5 billion, equivalent to 94%, of the country’s total natural capital derives from forests.

In 2019, the country had 21 forest management units — overseen by the Department of Forests and Parks Services in 13 of 20 districts – mainly situated in Bhutan’s temperate, mid-elevation zone. These are cool, temperate areas featuring broadleaf and conifer trees used for commercial timber.

Roughly 22% of the production area is degraded, and in some regions, deforestation is prevalent often due to infrastructure development, which includes electrical expansion and stone quarries. Other pressures include road construction, particularly in agricultural and forest management unit areas.

“We noted concerns over illegal resource extraction, which in some cases could be related to local communities, although people living in and adjacent to the forest management units are allowed to harvest limited amounts of timber and non-wood forest products for subsistence livelihood needs,” said Jigme Wangchuk, a researcher with UWICER.

By identifying, quantifying and evaluating ecosystem services categorised as provisioning, regulating, cultural and supporting services at local and national levels, the researchers aimed to support resource conservation and management efforts, while identifying needs by clarifying and strengthening governance and access rights to resources.

“Assessment of ecosystem services is crucial for developing and implementing integrated sustainable management plans for land use systems, watersheds, mountain ecosystems and identifying the local community as a key stakeholder,” said Robin Sears, CIFOR-ICRAF associate and co-author of the paper. “Local communities could likely share in the governance of forest management units, which would shore up sustainable use of ecosystem services.”

Study participants were asked to identify and rank the top five services in their area. They were also asked to report the trends relating to availability of the services.

The researchers attributed these differences to the way women’s relationships to forests are based on more diverse needs and interests than men’s, rather than traditional gender roles and entrenched socio-cultural values.

“Few studies on the perceptions of ecosystem services account for the gender dimension, but because women and men in rural Bhutan maintain distinct roles in forest management and resource collection, we felt it would be useful to explore this dimension,” said Kinley Choden, a study co-author and researcher at UWICER.

All of the ecosystem services were perceived to have declined between 2006 and 2016, but study participants were most concerned about timber, freshwater and air, indicating that they had to travel greater distances to access fuelwood, fodder trees and construction stone.

Excessive demand for timber, the removal of immature trees and the poor regeneration capacity of broadleaf trees were cited as responsible for depletion. Some of the factors leading to less availability of freshwater included increasing timber extraction, which led to greater water demand from development activities. Fear of retribution from the deities if the forest is treated disrespectfully indicated cultural services of spiritual value.

“Participants identified a number of management ideas that could help boost ecosystem services, ranging from biophysical interventions, such as planting trees, to developing empowerment through local governance and raising awareness of the spiritual nature of the forest,” Wangchuk said. “Community members have a key role to play watching over forests and advocating for continued access to forest resources.”

For more information on this topic, please contact Himlal Baral at h.baral@cgiar.org. This research forms part of the CGIAR Research Program on Forests, Trees and Agroforestry, which is supported by CGIAR Fund Donors.

This article is republished from Forest News under a Creative Commons license. Read the original article here. 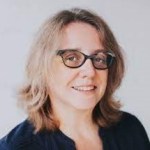 Since 2013, Julie Mollins has served in various editorial and outreach roles with CGIAR-affiliated organisations, including as editor of Forests News for CIFOR (2013, 2014, 2018 and since November 2019), editor of Landscape News for the Global Landscapes Forum (GLF) and news editor and media manager for the International Maize and Wheat Improvement Center (CIMMYT). She is also currently communications coordinator for the Food Systems, Land Use and Restoration Impact Program (FOLUR) at the World Bank and continues to write and edit for CIMMYT. Previously, she worked for Reuters in Toronto and London, the former Reuters humanitarian website AlertNet in London, and several national news and business publications in Canada.