Kishida has called for a "new capitalism" that would tackle inequality and promised to roll back some of the "Abenomics" policies of his former boss, Shinzo Abe. Photo by Jezael Melgoza on Unsplash.

Speaking in London at the start of May, Japan’s Prime Minister Fumio Kishida once again stressed the need for his country to embrace his “new capitalism” if its economy is ever to regain its vigour. While his remarks were picked up by Japanese news media, Western commentators for the most part ignored them, probably because by now, like many observers, they have concluded that Kishida’s “big idea” is little more than empty buzzwords and recycled policies from the past.

Of course, Kishida is clearly concerned about the long stagnation of Japan’s economy, particularly its low investment in human capital and declining scientific and technology prowess. But his “new capitalism”, unveiled in October last year during his successful campaign to replace Suga Yoshihide as prime minister, brings nothing new to the table, with even such important ideas as sustainability barely getting a mention.

For example, take the target of “doubling household asset income” he announced at this London press conference – a clear echo of the phrase used by one of his predecessors as prime minister, Hayato Ikeda, for “doubling household income”. Ikeda’s call, however, was made more than 60 years ago – in 1960. It was also met several times over in the years that followed, as Japan first caught up with and then overtook many Western economies. Companies that had first imported advanced technologies and machines from the US and Europe found that adding Japanese teamwork and abundant government support gave them a formula for discovering operational excellence.

A system of lifetime employment and seniority-based salaries created strong bonds between employers and their staff. Innovation thrived, and companies generated a seemingly endless series of high-quality products. Companies grew rapidly, as did employees’ salaries, while efficiency gains kept costs down.

Today, the situation is very different. Now, it is Japan that is struggling to cope with the catch-up strategies of China and other emerging economies. Innovation should have been the answer. But most companies have proved poor at coming up with new ideas for goods and services over the last three decades. Wages have risen, but – with the exception of 1994, when the average salary jumped 3% – by only 1-2% a year.

As Japan’s economy lost momentum, young people began to doubt their country’s future. Research conducted in 2018 found that only 38.8% of Japanese aged 13-29 willing to say they were satisfied or fully satisfied with the state of their country, far lower than France’s 44.4%, the UK’s 46.9% and Germany’s 68.9%.

It is doubtful whether Kishida’s plan to double household asset income can do much to address the unhappiness of Japanese youth. Indeed, with personal wealth concentrated mainly in the hands of older people, it probably sounds irrelevant to them.

Nonetheless, restoring younger population’s belief in the future is one of Japan’s most urgent needs. For this, investment in people, especially through education will be crucial. Young workers today are increasingly motivated by high quality of life, flexible working, and opportunities to train. Low investment in education will make the talent attraction and retention very difficult.

Unfortunately, Japanese companies spend little on their staff. According to a survey conducted by the Ministry of Health, Labor and Welfare, in 2018, Japanese companies invest just the equivalent of 0.1% of GDP in human resource development, a fraction of the US’s 2.1%, France’s 1.1% and Germany’s 1.2%.

Part of the reason for this figure being so low is Japanese companies’ preference for on-the-job training. Inhouse corporate education in Japan, however, tends to be bad for innovation, given the lack of diversity in what is still a male-dominated, inward-looking culture.

Japanese companies would benefit from using more outsourced education if they want to acquire new professional skills and network with other companies. More money also needs to be spent on training young staff to give them the skills needed to come up with and develop new product and process ideas. According to IMD’s World Talent Ranking in 2021, Japan was ranked 48 out of 64 economies in terms of ‘future readiness’ – i.e., the quality of skills and competencies that are available in a country’s talent pool. Kisida himself recognised the necessity for investment in people. The specific policy for this purpose should be announced to improve the future readiness of Japan. One idea might be asking companies to disclose how much they invest in developing their employees.

Corporate Japan could learn useful lessons from Nestlé, a company which has long seen young people as the core force for social regeneration. Its YOUth initiative, launched in 2017, aims at helping some 10 million young people worldwide gain access to economic opportunities through training, employment and entrepreneurship support.

Embracing sustainability is another step corporates must take. Young people today want to work for companies that add ecological value to the world, not take it away. Leaders with clear ESG strategies will be best positioned to attract the talent they will need in the years ahead.

To regain the trust of both young people and investors, Kishida needs to have a far bolder and more concrete plan for revitalising Japan.

Doubling household asset income is a step in the right direction, with its target of encouraging households to shift money from savings to investment. The risk is that if people cannot find attractive Japanese companies to invest in, this money may flow out of the country into more attractive businesses elsewhere.

To counter such flows, Kishida needs instead to draw up a blueprint for the future focused on getting companies to become more creative. If Kishida truly wants to realise the growth of Japanese economy, he must encourage Japanese companies to invest heavily in education for young people, including sending more of them to study abroad. In IMD’s Talent Ranking in 2021, Japan is 64th, the worst in terms of international experience of senior managers. It also needs to figure out ways of developing more diverse and inclusive business, better able to find and integrate foreign talent.

The strict border controls put in place to counter COVID-19 are the most immediate obstacle to such policies, so lifting them should be the number one priority. Then, with Japan once again open to the world, Kishida can address the country’s lack of economic dynamism with measures aimed at rediscovering its formerly formidable powers of innovation.

Today, companies find themselves confronted with a rapidly and dramatically changing world. Thriving in this environment calls for constant innovation – something that is easy to demand but hard to realise. It’s not just about putting in place new business models or adopting digital technologies, rather it requires creating a culture where new ideas can be nurtured and developed.

Establishing a new culture takes time. It requires a long-term commitment by leaders to create and embed the new culture. Therefore, good leadership is absolutely crucial for innovation. The world expects stronger leadership of Japan’s Prime Minister Fumio Kishida to revitalise corporate Japan. If this happens, foreign investors will be paying more attention to Japan as the attractive market for investment. This is the best way to improve competitiveness of Japan.

This article was first published on I by IMD and can be read here. 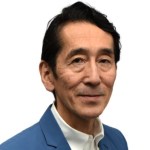 Professor of Innovation and Leadership at Institute for Management Development

Kazuo Ichijo is Professor of Innovation and leadership at IMD. He was previously Dean and Professor at Hitotsubashi University Business School in Tokyo. His research interests focus on innovation through the process of organisational knowledge creation.