Explaining the boom in tech investment in Southeast Asia

We speak with the corporate venture capital arm of the SoftBank Group about the tech startup ecosystem in Southeast Asia
09.11.2021
An interview with
Kenneth LowPrincipal, SoftBank Ventures Asia

Investments in technologies such as artificial intelligence, the Internet of Things (IoT) and smart robotics are booming in Southeast Asia. Early- to growth-stage startups are proliferating, with many showing immense potential and receiving funding. With more than $1.5 billion in assets under management, SoftBank Ventures Asia has invested in more than 250 companies in all, including 20 in Southeast Asia, helping drive innovation in the region.

We speak with Kenneth Low, principal at the venture capital firm, about emerging technologies with potential, regulatory frameworks governing digital assets and key considerations for a tech startup investment, particularly in this region. In this first part of the interview, he also shares his insights on whether Southeast Asian startups have lent themselves well to successful exits.

Unravel: What are the most exciting emerging technologies in Southeast Asia from an investment perspective?

Kenneth Low: From a Southeast Asia perspective, there are two things we want to touch upon – artificial intelligence (AI) and decentralised finance (DeFi) which is blockchain-based. We see these technologies as being extremely disruptive in the years to come.

In Southeast Asia particularly, until a couple of years ago, we thought AI had potential for disruption, but it was too nascent. First, Asia has seen challenges in terms of tech supply. Even in Singapore, the presence of global companies is leading to a fight for talent, particularly for data scientists and AI engineers. As a result, it is difficult for startups to acquire talent.

A couple of years ago, a lot of people were collecting data, but they didn’t know what to do with it. Data of various kinds was collected, but being able to apply that is still a work in progress. More and more companies are now using AI as a platform to capture opportunities and scale up from analysing consumer behaviour. AI is also being offered as a SaaS-type service, given the dearth of talent.

In terms of DeFi and blockchain, we have over the past few years, seen people investing in ethereum and bitcoin. But there is more that the underlying blockchain technology can be used for. The DeFi economy also had many countries thinking about how to manage this emerging technology. But regulations have also taken shape well.

Singapore has been at the forefront of regulations, and a lot of countries are following its lead.

In addition, blockchain in cross-border settlements is being used in interesting ways, with settlements taking place in real time, and at lower cost. We have seen blockchain use in supply chain financing as well.

Unravel: Does blockchain adoption differ based on macro factors?

Mr Low: I do see it differing country-by-country and region-by-region. When we look at Southeast Asia, every country has its own rules. For instance, you may be allowed to use stable coins for settlements in one country versus another where they have yet to form the regulations around it just yet, or where frameworks are still in discussion.

Besides, each country has its own regulations around licensing and operations, among others. For example, in some parts of the world, the use of cryptocurrency is banned.

In Southeast Asia, a key characteristic is its large population, and relatively lower GDP per capita levels. When it comes to technology adoption, the ones that are most applicable to Southeast Asia are, generally, technologies that are solving more rudimentary challenges or problems that persist here. For example, in logistics, getting goods and services into non-tier-1 cities in a cost-efficient manner, is a major one. In Indonesia, for example, the cost of a carton of milk can be up to 30% higher in tier-3 cities than it is in Jakarta because of the logistical bottlenecks involved in transporting the milk to a tier-3 city.

When you compare Southeast Asia to other regions, the technologies that we see the most adopted are across services that solve rudimentary challenges such as logistics and healthcare. Other markets in Asia, particularly North Asia, are a lot more advanced, and they have different sets of challenges and these technologies have their own usage.

Unravel: What are the three most important things you consider before investing in a tech startup?

Mr Low: There are three things we focus on the most, and it also depends on what stage of development a company is at. We are Series A to Series C investors.

First, we look at how big the market for a product or service is. Is the total addressable market just $500 million or is it $10 billion?

Second, we observe the company’s founding team. Do they have the right skillsets? Do they have a vision for their business and how capable are they to attract the right talent around them? What is their background and how does it apply to the business they are building? Within the team as well, what role does each member play? Have they carved out roles that don’t overlap? Do they have the necessary local knowledge? In fintech, for instance, the founding team must have in-depth local knowledge. The founding team is perhaps the most important driver for the ultimate success of the business at an early stage and we try to spend significant time trying to understand the founders.

The third consideration is the market fit. How good is a startup’s traction looking? We don’t, unfortunately, invest in companies that don’t have traction yet. We want to see users and some monetisation traction as well. Additionally, we don’t want to just see downloads or growth; we also want to see retention and recurring revenue. Retention is the strongest indication of how much users love your product.

Unravel: In your view, broadly speaking, how is the exit market in the region shaping up? Until a few years ago, it was believed most Asian markets were still too shallow for meaningful exits. Has that changed?

Mr Low: Exits have been the big topic in Southeast Asia for the past few years. A lot of investors have pointed out that there is a lot of growth in the region, but where are the exits?

Historically, the exits have been to large tech companies—such as Grab or Gojek—or to other strategic buyers. In the past 12-18 months, however, we have seen growing focus on IPOs and SPACs as providing exit opportunities.

In the past, there have been concerns about whether a Southeast Asian tech business can see a successful IPO. And the Bukalapak IPO has shown that yes, there can be a big tech exit through an IPO in the region. They started with a $300 million IPO, with a valuation of around $1.5 billion. Due to the strong demand, they upsized it to a $1.5 billion IPO at a valuation of $6 billion.

This has given comfort to global investors that IPOs are a viable exit route. SPACs are also a way for southeast Asian tech companies to list and provide an exit, case in example, the recently announced SPACs of Property Guru and Kredivo.

If you are ‘IPO-able’ and there is a need for an exit, an IPO is actually a viable option now. About 24 months ago, that wasn’t the case, and people relied largely on mergers and acquisitions. We expect to see a lot more of IPOs and SPAC deals in the next 24 months or so, assuming the global markets hold up, in a sign of the increasing maturity of the startup ecosystem in the region.

*The views expressed are personal.

In the second part of this interview, Mr Low speaks about factors impacting the tech ecosystem in Southeast Asia. The second part will be published next week. 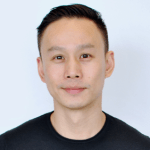 Kenneth Low joined SoftBank Venture Asia in December 2020 as a principal. Prior to joining Softbank in 2020, Kenneth was most recently an entrepreneur-in-residence (EIR) with 500 Startups, guiding technology startups to grow and scale within the Southeast Asia region. Previously, he was the co-founder and COO of Club Alacarte, a consumer lifestyle coupon subscription app in Indonesia. Prior to forming Club Alacarte, Kenneth worked for more than 13 years as an investment banker in Hong Kong, New York and Singapore.