Evergrande matters, but it’s not a ‘Lehman moment’

While the Evergrande crisis can have global effects, the main potential impacts will come via ‘real’ economy channels
05.10.2021
Adam SlaterLead Economist at Oxford Economics

The Evergrande Group icon on an office building in Shenzhen. Photo by Shutterstock.

The potential collapse of Chinese property firm Evergrande has been a major global story over recent weeks, with some commentary comparing it to the failure of Lehman Brothers in 2008 – one of the key triggers of the Global Financial Crisis.

This comparison looks wide of the mark, in our view. So far, the impact of the Evergrande crisis—which has seen its shares drop almost 90% in value since March—has, for the most part, been confined to Chinese (and Hong Kong) markets. Stocks, especially real estate stocks, have come under pressure (Exhibit 1), although mainland stocks have recovered somewhat from their August lows.

Exhibit 1: Evergrande’s shares have fallen around 90% in value, with negative spillovers into Chinese financial markets 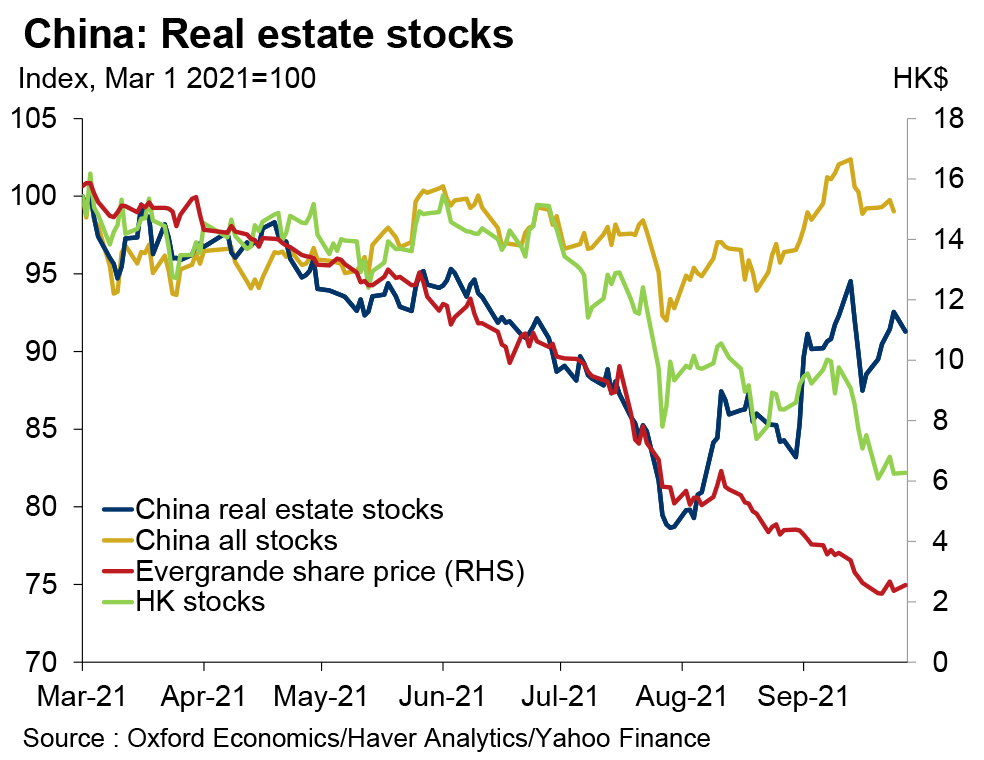 The most notable impact has been on offshore high yield bonds issued by Chinese corporates, whose yields have nearly doubled since June to 16%, with a recent spike resulting from Evergrande missing a coupon payment. There is also some tentative evidence of tightening Chinese liquidity conditions in the guise of a rising Shibor rate, although the effect to date has been limited (Exhibit 2). 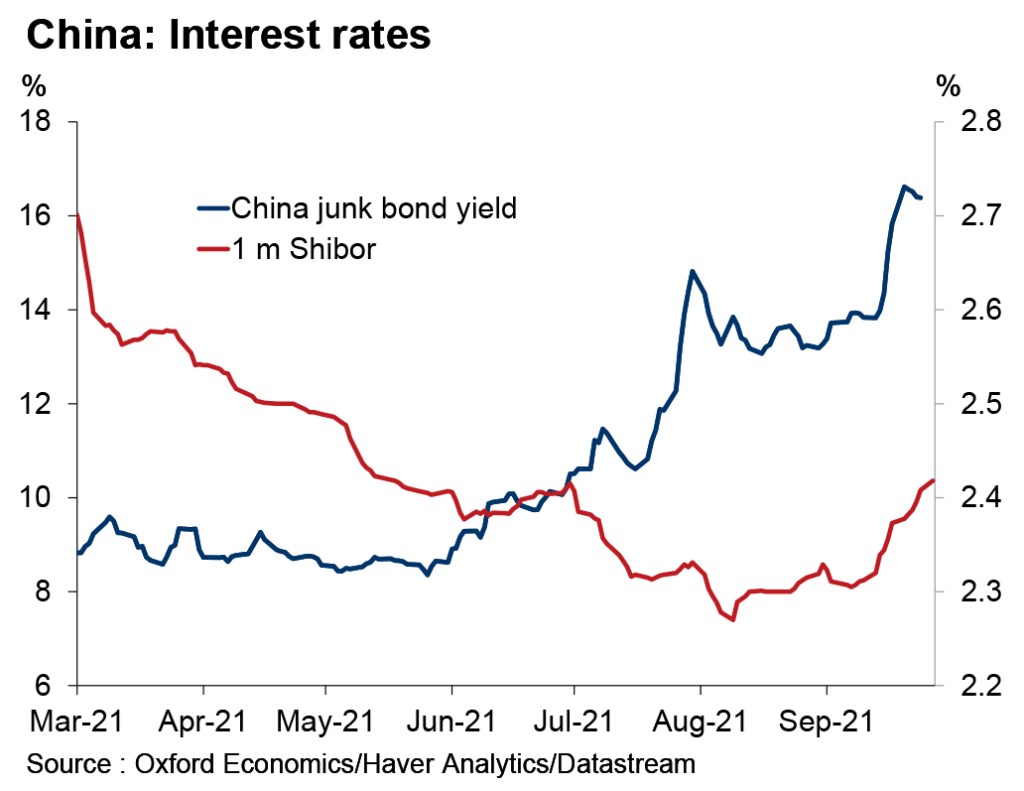 By contrast, there’s been no perceptible impact on key indicators of global financial stress. Neither the US ‘Ted’ spread (three-month interbank rates minus the three-month T-Bill rate) nor US junk bond yields have budged. Emerging market junk bond yields have risen, by around 40 basis points, but the increase has been limited. This contrasts not only with the massive moves in such indicators around Lehman’s failure, but also with the large moves seen in the early phases of the coronavirus crisis (Exhibit 3).

Exhibit 3: No impact yet on key global financial indicators 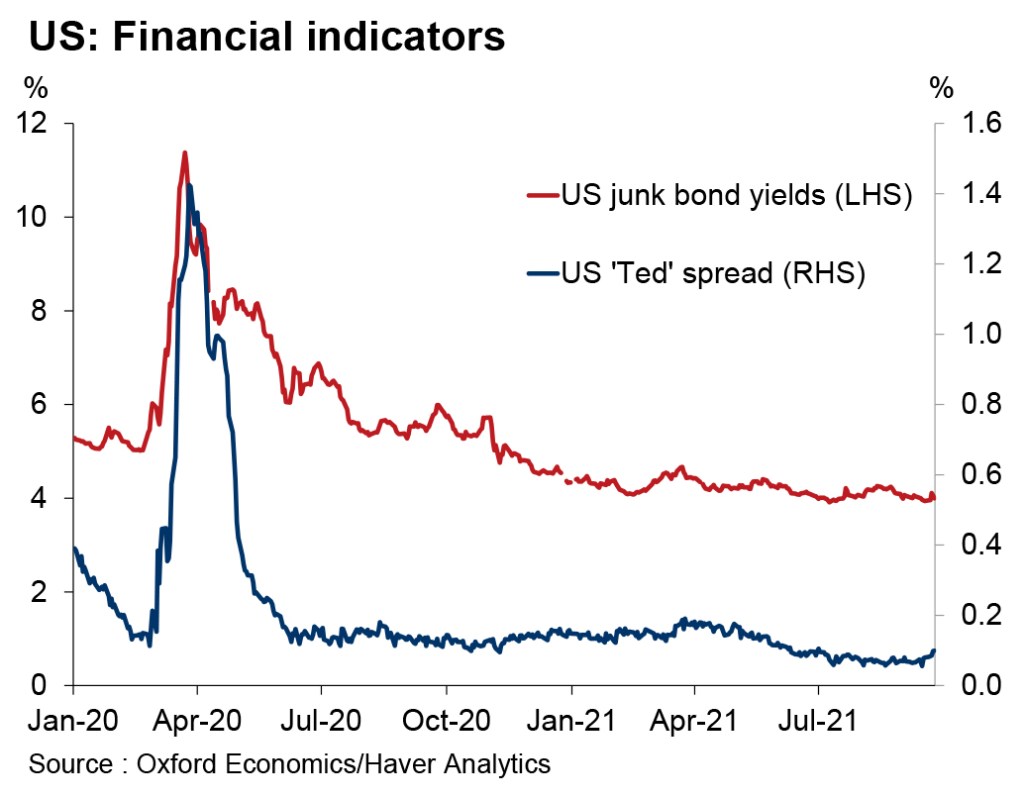 There are several reasons why the global impact has been (and is likely to remain) small:

Debt at risk looks moderate. Evergrande’s liabilities of $300 billion look similar to Lehman’s in 2008 and are comparable to other notable past defaults, but only around $20 billion is offshore debt. Overall offshore Chinese real estate debt is bigger, at around $210 billion (Exhibit 4), but it’s unlikely that a large chunk of that will go into default. 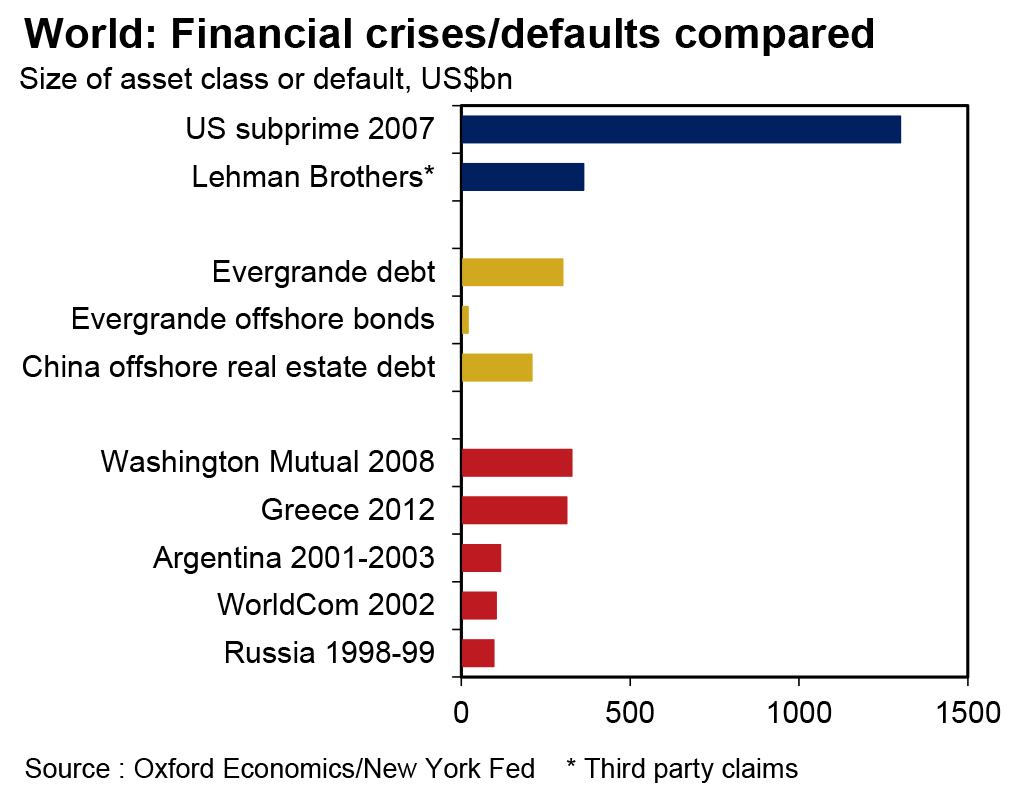 A disorderly default is unlikely. Along with limited foreign exposure to Evergrande’s debt, we expect the Chinese authorities to avoid a disorderly default that would cascade through domestic financial markets and amplify the crisis. We see a managed restructuring of the firm’s debt and appropriate liquidity provision.

The global context is different. In the third quarter of 2008, global markets had been under severe stress for a lengthy period, so that the Lehman collapse dramatically heightened an already-acute crisis. Currently, world financial markets are buoyant, and liquidity conditions very favourable.

Nevertheless, this doesn’t mean the Evergrande crisis will have no global effects. But the main potential impacts will come via ‘real’ economy channels.

Evergrande’s crisis is symptomatic of China’s struggle with excess corporate leverage. After the huge debt build-up from 2008 onwards, the authorities in recent years have tried to restrain leverage and reduce the associated risk. Recent measures in the real estate sector were part of this and were to some extent responsible for triggering Evergrande’s fall.

Managing high debt will be an ongoing issue. China’s nonfinancial corporate debt at 160% of GDP is higher than the advanced economy average, and rating agencies have flagged concerns about asset quality. The authorities have allowed defaults to rise in recent years to try to reduce moral hazard and bad debt build-up, but bond corporate defaults remain low compared, for example, to the US (Exhibit 5).

Exhibit 5: China’s debt levels are high and defaults have been rising, while remaining low 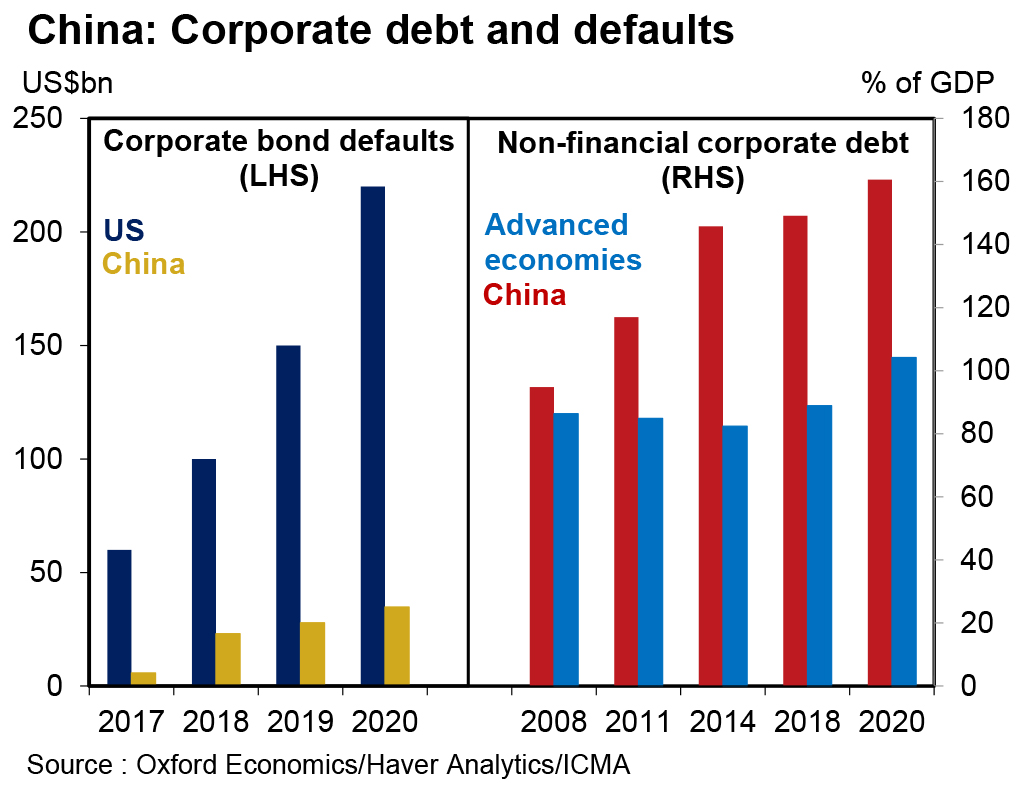 Reining in leverage and dealing with bad debt was already likely to be a headwind for Chinese growth in the medium term, and in our view downside risks to Chinese growth have now risen. Financing conditions in the property sector, both external and domestic, are likely to become tighter; and this is a big sector – accounting for about a quarter of fixed investment, which itself is around 40% of GDP.

China’s fiscal space to absorb bad debt is also narrower than it once was – the IMF’s ‘augmented’ fiscal indicators show government debt at 92% of GDP in 2020 and the deficit at 17% of GDP in 2021. Bailout costs could ‘crowd out’ more productive spending in other areas.

There are already signs of a slowdown in the Chinese property sector, with new construction starts contracting, and a sharp weakening would have significant effects on growth in overseas suppliers, given the vast quantity of inputs this sector sucks in (suppliers of components for China’s export industries, mostly in Asia, should be more shielded). The impact would also spread more widely due to negative effects on global commodity prices, affecting especially emerging markets. So far, the broader commodity indices are holding up well, but there have been visible effects on some China-sensitive commodities. Strikingly, iron ore prices have almost halved since July – implying markets are pricing in a slump in steel demand. There are also indications of a weakening trend in copper prices.

These commodities are probably the most important global channel for Evergrande contagion in the near term and should be watched closely. What is happening is concerning, but it is not a Lehman moment. 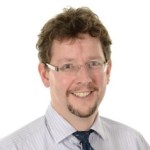 Before joining Oxford Economics, Adam spent more than 10 years working as an economist and strategist in London for Nomura, Rabobank and Calyon. During this period, he was responsible for analysing a wide variety of economies in both the developing and the industrialised regions. He also covered financial market developments, including developments in currency and bond markets, and worked directly with traders and salespeople to elaborate strategies for use internally and for dissemination to customers.