The popularity of digital currencies is increasing, but regulation will be key to protect both consumer and market integrity
27.10.2020
Latha BalakrishnanIndependent Consultant at LB ClearView Consultants

Different digital currencies on the background of the dollar bill and a paper wallet. Regulation will be key for crypto-assets to become more mainstream. Photo by Shutterstock.

Much has been said and written about ‘virtual assets’ (also known as cryptocurrencies, crypto-assets or digital tokens). They have been the object of fascination and intrigue – and have grabbed the interest of the public over the past decade, starting with the introduction of Bitcoin.

There is also a burgeoning use of digital currencies for commercial purposes, even facilitating international trade in some countries. The increasing potential for such digital currencies becoming mainstream can lead to the replacement of traditional forms of fiat currency, and transform the financial services landscape.

Much like other technology innovations, cryptocurrencies have started outside the perimeter of regulation, which means that consumer acceptance and demand will eventually decide their popularity, relevance and indeed survival.

Governments and central banks around the world have also taken notice. Some have either created or are in the process of launching their own national cryptocurrency, known variously as Central Bank Digital Currency (CBDC), digital fiat currency or digital base money. It has also sparked collective debate among central bankers, regulators and national authorities to determine how they might provide the necessary legitimacy through proper regulation while safeguarding the interests of users without stifling innovation.

Looking at the evolution of money as ‘legal tender’, the barter system gave way to gold, silver and other precious metals, banknotes, financial intermediaries, plastic payment cards and e-money as a means of settling payments and making transfers. At each of these stages reliability, acceptability, security, certainty, stability and speed of execution were some of the key drivers that made the transition possible. Now ‘virtual money’ seems set to offer the same conveniences and dominate the financial landscape for time to come.

Since the advances in e-money, smartphones and apps to facilitate financial transactions, we have already seen a significant shift towards a cashless society. More recently, COVID-19 accelerated the move to embrace cashless transactions. For the average Joe, digital currencies provide another means to transact on a day-to-day basis, whether to pay for coffee, newspaper or higher value purchases using digital wallets.

Digital currencies can provide users the same benefits of anonymity without the hassle of having to carry physical cash. It is safer and saves time in a crazy, hectic world where patience can wear thin, for example when queueing at checkouts. The use of biometrics is becoming more widespread, so there’s a sense of security that digital wallets are less prone to misuse. Costs of currency conversion can be eliminated and fees or charges can be avoided when compared to using traditional means of payments or funds transfers. Newer technologies and more secure currencies, especially ones that are created or endorsed by central banks, can enable transactions to be conducted worldwide in a seamless manner and therefore its popularity is growing, especially among millennials, generation Z and risk takers.

Much like other technology innovations, cryptocurrencies have started outside the perimeter of regulation, which means that consumer acceptance and demand will eventually decide their popularity, relevance and indeed survival.

Physical currencies, for all the security and certainty they offer, are probably on the way out for a significant proportion of the world’s population.

What’s to worry about?

It is widely known that cryptocurrencies are not currently regulated and therefore provide no legal or regulatory protection for users. Here are some reasons why users should be concerned:

While the use of blockchain technology (also known as digital ledger technology) may offer a high level of security, it is not immune to cybercriminals or loss of access to the wallet. With cryptocurrencies, transactions are designed to be irreversible and with no central body controlling it, there is no way to reverse a hack.

One of the biggest setbacks to the decentralised system is that if one is unable to access their wallet, there are no alternative means to claim digital coins. This is unlikely to happen with a normal bank account where (with proper identification) one has recourse to one’s service provider to overcome such limitations.

Moreover, if one’s phone has been stolen, then they may well find that their digital coins have been emptied out by malicious operators. In this case too, any transactions are irreversible leaving the person with no recourse or remedy.

These limitations prompt the need for greater protection for consumers, to ensure that they can embrace such currencies securely and with confidence. This also means that banks will be more likely to adopt cryptocurrencies where regulations are clear and mitigations to potential risks are possible and cost effective.

These significant concerns have not fazed people from either acquiring or trading in such currencies. Without a coherent, global approach by governments, central banks, regulators and financial intermediaries, the prospect of widespread use of such currencies on a cross-border scale will be limited and may not proffer the benefits of cost efficiencies or minimise the present challenges.

There are different approaches developing across the world depending on the sophistication of the financial services landscape. Some countries are taking a more restrictive approach by banning cryptocurrencies altogether, while others have chosen not to regulate them. Whatever the current approach, most countries will eventually need to embrace new and evolving technologies in order to remain relevant within the global financial and commercial environment.

One thing is certain, that regulation will have to go hand in hand with innovation and user acceptance—at the very least—to minimise the impact of financial crimes and to protect consumer and market integrity.

Among the world’s foremost, the European Union has stepped up by introducing proposals for regulating crypto-assets, aligned to the common market principles. In September 2020, it launched a formal proposal for regulation as part of the Digital Finance package of measures – Markets in Crypto-Assets (MICA). The objectives of the proposal are four-fold:

This may be the beginning of a structured approach to allowing innovation to drive competition while continuing to ensure the integrity and stability of financial markets. It is inevitable that all types of crypto-assets around the world will eventually have to operate under an umbrella of regulation in some form as the bar for regulation is raised.

A look at the future

In the long run, it is inevitable that digital currencies will gain wider popularity. Whether they will completely replace fiat currencies as legal tender, only time will tell. But one thing is certain, that regulation will have to go hand in hand with innovation and user acceptance—at the very least—to minimise the impact of financial crimes and to protect consumer and market integrity. 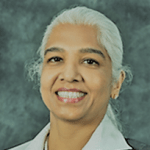 Latha Balakrishnan is an experienced financial services professional with a background in banking, compliance and regulation across Asia, the Middle East and UK/Europe. She specialises in the areas of governance, risk management and compliance across the regulatory spectrum, including financial crime. She is an independent consultant at LB ClearView Consultants Ltd, UK.

The pandemic, common sense and creativity

Compliance and cybersecurity are key to bolstering business credibility and continuity