Home People & Planet Droughts are getting worse around the world, here’s why and what needs to be done

One major solution to reducing droughts and water shortages could be increased focus on land restoration such as agroforestry and more efficient irrigation systems
16.08.2022
Stefan EllerbeckSenior Writer, Formative Content

A new UN report says drought frequency and duration has increased by nearly a third since 2000. Photo by Matt Palmer on Unsplash.

The Po, Italy’s longest river, has been a vital transport hub throughout history helping the north of the country develop into an industrial powerhouse. But “the king of rivers” is now drying up because of periods of severe drought. Experts say it is almost three metres below the zero gauge height, significantly below the seasonal average.

The Italian government declared a state of emergency in five regions in early July because of a drought – described as the worst in 70 years. Around a third of Italy’s population (17 million people), live around the Po as well as more than half of the nation’s pigs and cattle.

The drought has threatened supplies of olive oil and risotto rice which could raise prices by as much as 50%, reports The Guardian. “There are two categories of causes for this water crisis: One is the rainfall deficit of the last three years. The general rise in temperatures is also contributing; there is no doubt that climate change is having an effect,” Italy’s Prime Minister Mario Draghi said in a statement.

Drought across northern Italy means the country's largest delta along the river Po is seeing increased salinity levels. It's causing trouble for the region's farmers, with clams and rice production at risk. https://t.co/48tIcN3lNP

Neighbouring France is experiencing its worst drought since records began in 1958, according to Prime Minister Elisabeth Borne. Water restrictions are in place across much of the country, and the corn harvest is expected to be almost 20% lower than 2021 the Agriculture Ministry has said.

Portugal recorded its hottest July since records began and 99% of the country is in severe or extreme drought. Average temperatures were just over 40°C, according to the IPMA weather service, almost three degrees higher than the typical July average.

Around 75% of Romania is affected by drought. The country’s cereal crop is predicted to drop by 30 million tonnes.

Even further north, drought has been declared in parts of England, which is expected to result in restrictions on water usage. The National Drought Group says by 2050 some rivers could have up to 80% less water during summer and temperatures could be up to 7 degrees hotter as a result of climate change. July saw temperatures in parts of the UK break the 40°C barrier for the first time ever. The BBC reported that the first six months of the year were the driest in England since 1976.

Drought is affecting other continents around the world

The Horn of Africa is experiencing its worst drought in more than 40 years with more than 18 million people facing severe hunger in Ethiopia, Somalia and parts of Kenya, the FAO has warned.

The United Nations (UN) says drought affects Africa more than any other continent, accounting for 44% of the global total in its recent report Drowning by Numbers.

These countries have experienced lower than average rainfall for four consecutive years, which has had a devastating effect on farming and food production. The FAO has launched an emergency relief and mitigation plan and the UN’s refugee agency UNHCR is appealing for $42.6 million to deliver life-saving assistance to people affected by drought in the region.

More than 43% of the US was in drought at the end of July, the government’s National Integrated Drought Information System revealed. It says over 130 million people [at the time of posting] are currently affected by drought, as well as 229 million acres of crops. The US economy has lost an estimated £249 million due to drought and related crop failures according to the UN.

Drought frequency and duration has increased by nearly a third globally since 2000, the UN says. The climate crisis is fuelling this according to Drought in Numbers, 2022. It says more than 2.3 billion people around the world are currently facing water stress. Although droughts only represent 15% of natural disasters, they killed 650,000 people between 1970 and 2019. More than 10 million have died due to major drought events over the past 100 years.

The report goes on to say that by 2050, drought could affect more than 75% of the world’s population. As many as 5.7 billion people could live in areas with water shortages for at least one month a year, and more than 215 million people could be displaced from their homes due to drought and other climate change-related factors.

Changing our relationship with land and food

“We are at a crossroads,” said Ibrahim Thiaw, Executive Secretary of the UN Convention to Combat Desertification says in the foreword to the report. “We need to steer toward the solutions rather than continuing with destructive actions, believing that marginal change can heal systemic failure.” He also said in a tweet that land restoration is one solution to the problem that needs urgent investment.

One of the solutions to #Drought is land restoration, which addresses many of the factors of degraded water cycles and the loss of soil fertility. We must build and rebuild our landscapes better, mimicking nature wherever possible and creating functional ecological systems. pic.twitter.com/o66klArAo1

However, the report also points to several success stories. Farmers in Niger have substantially reduced drought risks by creating new agroforestry systems on five million hectares of land. Average costs have been below $20 per hectare. Vegetation cover has increased over seven million hectares of land in the Sahel over the past 25 years due to interventions such as changes in tree management and tenure.

And the adoption of drip irrigation has provided significant benefits in drought-prone provinces of Viet Nam, Cambodia, and Indonesia. Vegetable farmers there were able to increase water use efficiency by up to 43% and yield by 8%-15%.

The Drought in Numbers 2022 report concludes: “Sustainable and efficient agricultural management techniques are needed to grow more food on less land and with less water, and humans must change their relationships with food, fodder and fibre – moving toward plant-based diets and stemming the consumption of animals.” The report authors say concerted policy, partnerships and funding at all levels is urgently needed going forward to provide integrated drought action plans. 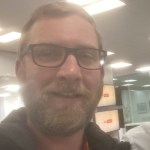 Stefan Ellerbeck is a highly experienced media professional who has recently transitioned into the world of digital marketing and communications. He has more than 25 years of experience as a senior journalist working at some of the world's leading news organisations at home and abroad.