Home Economy, Policy & Business Diversity and partnerships are key for businesses to succeed

We speak with the author of IMD business school’s Future Readiness Indicator report about what distinguishes the top companies from their peers and lessons for companies from this year’s Index
20.12.2022
Howard YuLEGO® Professor of Management and Innovation at IMD

Companies that focus on research and innovation are most future-ready. Photo by Kvalifik on Unsplash.

The latest Future Readiness Indicator report ranks 89 of the world’s largest pharma, tech, and retail companies. Nike, Google, and Roche top the global rankings in their respective industries in this latest edition.

We speak with Professor Howard Yu, author of the report, and LEGO® Professor of Management and Innovation at IMD, to learn about what distinguishes the top companies from the rest, and the performance of Asian companies.

Unravel: Please tell us about the top five companies in the technology industry. What sets them apart from their peers?

Howard Yu: The top five companies in the technology industry are Alphabet, Microsoft, Nvidea, Amazon and Apple. Against their peers, these are companies that have a diversified range of product offerings. Even for Nvidea—once a graphic card producer for high end video games—it is today the largest supplier for AI applications. Microsoft, with its long running Office suite, is now becoming one of the world’s largest cloud providers. Amazon—once just an online bookstore—has its hands in retail, technology and entertainment. Apple revolutionised communication and computing with their iPhones, iPads and Mac computers. Lastly, Alphabet (formerly Google) is not only a search engine but also provides a host of other services such as Maps, YouTube, Email services and much more. These companies continue to focus on innovation, with research and development playing a large part in their success.

Here is the key takeaway. In 2023, having a diversified portfolio of business is no longer enough to hedge against market risk. Any unicorn during the pandemic era now looks like a very risky investment. They become one-trick-ponies.

Unravel: Please tell us about the top five companies in the fashion & retail industry. What sets them apart from their peers?

Mr Yu: The most successful fashion brands are Nike, Lululemon, Kering (owner of Gucci, Saint Laurent, Bottega Veneta), Hermes and LVMH. Although one might think that luxury fashion would do poorly during economic recessions, actually the opposite is true. The main reason is that their target consumers tend to be people with high incomes who can weather an economic downturn more easily than those in lower income brackets.

The one element all these successful brands have in common is their strong focus on direct-to-consumer channels. This isn’t because they choose to operate their own physical stores, which anyone can do. Instead, it’s due to their use of technology—apps, digital supply chains, and omnichannels—to create a community of users that engage with the brand. These companies see themselves as platforms for expression first and product design second. In order to ensure their success, all successful brands have redirected themselves to be less dependent on top-down advertising. Instead, they work with key opinion leaders in the art and athletic communities – both online and offline. They explore new ways to establish themselves as cultural forces.

Unravel: Please tell us about the top five companies in the pharma/healthcare industry. What sets them apart from their peers?

Mr Yu: The top five pharmaceutical companies are Roche, Pfizer, AstraZeneca, Bristol Myers Squibb and Novartis. What separates these leaders from the rest is that they see purpose as being at the centre of growth. They reinvest a greater percentage of their revenue back into research and development instead of allocating funds to marketing or public relations campaigns aimed at increasing sales numbers by generating demand. By not spending more money than necessary on advertisement or administrative tasks such as lawyers and human resources, they direct most of their resources towards running laboratories which is where many new medical breakthroughs occur.

They tend to have a stronger drug pipeline as a result, with more candidates being scheduled for clinical trials – especially those in the advanced stages. This allows them to expand into more therapeutic areas, and by having a broad portfolio they are essentially diversifying their risks.

Unravel: How have Asian companies fared in this year’s rankings?

Mr Yu: Asian companies, particularly in the tech industry, have a history of being leaders in manufacturing. A well-known example is TSMC – a Taiwanese semiconductor company that has seen consistent growth as a result of the chips shortage crisis.

Companies that are late to the pharmaceutical industry often find themselves at a severe disadvantage. Pharmaceutical companies in China and India, for example, face significant difficulties when attempting to learn drug discovery based on genomics and bio-engineering while also navigating the global regulatory regime. The hurdles are simply too high for most companies, which then get stuck making generic drugs rather than new best-in-class treatments.

In fashion, top companies are cultural forces in terms of brand building. They incorporate global designs, key influencers, and international trends into their core operations. Brands from Asia, oftentimes, are more advanced in their ability to manufacture and distribute items, rather than create well-known brands.

Unravel: Are the impacts of the US-China trade war still bearing heavily on companies? With some easing under the Biden administration, can we expect a return to normalcy regarding US-China tech trade?

Mr Yu: Geopolitical conflicts are still causing trouble for companies, even if there has been less news coverage recently. The Biden administration has indicated that they will approach the US-China trade war differently but there are still many aspects that remain unclear. Issues like export restrictions and the decoupling of technologies continue to create problems.

Though many companies are struggling to keep up with the rapidly changing political landscape, some are better equipped to navigate these dangerous waters. For example, while other tech giants like Google and Meta have been effectively barred from China, Microsoft has over 9,000 employees in the country. A large majority of them (80%) work in research and development or engineering. This goes against the decoupling narrative that has been put forth by leaders in Washington and Beijing.

Unravel: Has ESG become more critical a factor in a company’s performance than it was earlier? Please explain.

Mr Yu: It should be clear to everyone that sustainability has great business value, especially with the influx of more than $1 trillion in investment money into ESG funds in the last two years.

For a long time, people saw ESG investing as a way to lose money. The thinking was that you give back to causes or communities, but it’s not how you make profits. Wall Street analysts routinely had pessimistic outlooks for companies doing well on those fronts in the 1990s because they didn’t see how it related to making money. But by the mid-2010s, such sceptical views had disappeared and instead there was a premium attached to strong sustainability performance.

Retail investors, professional money managers, pension funds and others are now realising that strong ESG companies will do better in the long term. These companies will enjoy better growth prospects.

Companies that put emphasis on purpose typically explore different skillsets and invest in long-term projects. They have a higher degree of learning orientation, making them more innovative overall. Consequently, they are better equipped to handle difficult times and be successful in the future.

Unravel: What are the main lessons for corporations from this year’s Index?

Mr Yu: First, expand your business and don’t rely on a singular product or idea. Second, a company’s future success depends on teaming up with other businesses. It’s no longer viable to try and do everything independently. Instead, focus on joining forces, and being victorious together. Third, “do good” should be a priority for companies. It attracts investors as well as employees who want to work for ethical firms. It also strengthens customers’ loyalty towards the brand. Finally, businesses must enhance relationships with those who actually use its products or services. 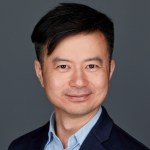 LEGO® Professor of Management and Innovation at IMD

Howard Yu is the LEGO® Professor of Management and Innovation at IMD. He is the author of the award-winning book LEAP: How to Thrive in a World Where Everything Can Be Copied. He is also a two-times (2013-2015) prize-winning case writer awarded by the European Foundation for Management Development (EFMD) - Europe's largest network association in the field of management development, with more than 800 member organizations. In 2017, Yu was awarded for his work in the "outstanding case writer on the hot topic Big Data - Risks and Opportunities" category at the Case Centre Awards, which are called the business school Oscars by the Financial Times. He delivers customised training programmes at IMD for major global companies in Asia and Europe including China's TravelSky, China Resources, COFCO and Tencent; Japan's Nitto and Recruit Holdings; Singapore's Temasek, ASML, Daimler, Bosch, Electrolux, LEGO, Sanofi and Novartis. Professor Yu is a Hong Kong native and has worked in the Hong Kong banking industry.