Moving from promises to actions
14.12.2021
Robert NasiDirector General of the Center for International Forestry Research (CIFOR)

Reversing forest-loss and land degradation is a tall ask. Photo by Luke Paris on Unsplash.

This non-binding pledge, which is not part of the climate negotiation agenda, proposes halting and reversing forest-loss and land degradation by 2030 and includes major forest countries signatories Russia, Brazil, Canada, United States, China, Australia Democratic Republic of Congo and Indonesia. Overall, 91% of the world’s forests are covered by the pledge.

At first glance, the points detailed in the declaration are the right ones — a strong commitment to reduce or stop deforestation and forest degradation is something scientists at the Center for International Forestry Research and World Agroforestry (CIFOR-ICRAF) have worked toward for decades.

According to a report produced last year on another commitment to end deforestation by 2030, the NYDF Assessment Partners – which includes CIFOR – meeting the 2030 target of ending deforestation will require an unprecedented reduction in the rate of annual forest loss.

So, now that we have a second pledge established to meet the same objective, how to ensure that the objectives of such non-binding agreements are met?

We need first a common understanding of what has been pledged. Dissecting the wording in the COP26 declaration highlights some areas requiring special focus as we move forward.

We therefore commit to working collectively to halt and reverse forest loss and land degradation by 2030 while delivering sustainable development and promoting an inclusive rural transformation.

Parsing this statement from the declaration raises more questions than answers.

The “we” is the 141 countries that have endorsed the declaration, but notably Cambodia, India, Laos, Myanmar and Venezuela are missing. How will we get them on board?

What does “working collectively” mean in practice? We have not been privy to any hypothetical division of labour. While the Holy See has endorsed the pledge, their forest estate is indeed limited. On the other hand, Pope Francis wields influence over 1.3 billion Catholics and the top 10 countries with the highest number of Catholics include Brazil, United States and Democratic Republic of Congo, three of the most heavily forested countries in the world.

The pontiff highlighted his concerns over the consequences of human activities on the environment, climate and rainforests in a major document entitled Laudato Si’ (Praise Be) in 2015. Two years later, the multi-denominational Interfaith Rainforest Initiative (IRI) under which Christian, Muslim, Jewish, Buddhist, Hindu and Taoist religious leaders, was formed — a pact with Indigenous Peoples to make rainforest protection a priority.

Countries such as Saudi Arabia and United Arab Emirates have low tree cover but ample financial resources, so how could they contribute? They could offer financial assistance to countries in the Global South through initiatives like the G20 Global Initiative on Reducing Land Degradation and Enhancing the Conservation of Terrestrial Habitats supported by Saudi Arabia.

Roles and responsibilities of signatories must be clearly established if we hope to make a difference and avoid tossing the hot potato around from one country to another.

What is “forest loss”? Is it the same as deforestation as most news outlets seem to believe? After a fire, if forest is lost but the land is not converted for another use, it is still forest but there has been a loss and the forest is considered degraded. Clarification is needed over whether forest degradation is also included under this umbrella term of “forest loss.” “Land degradation” is mentioned in the statement, but does this refer to agricultural lands or all degraded lands?

“Halt and reverse by 2030” would be equivalent to zero forest loss and zero land degradation, but this is impossible because we need to harvest wood for the bioeconomy, wildfires will occur, pathogens and storms will wreak havoc, roads and other infrastructures will be built, extraction will continue.

Defining in gross or net terms about how we define forest loss and land degradation and how it is assessed is vital. For example, a country might continue some deforestation for critical development but restore and conserve forests so that the overall amount of tree cover or sequestered carbon remains the same or even increases. Is this consistent with the pledge?

Does “reverse” mean that by 2030 forested areas are increasing and the amount of degraded lands are decreasing (now that – hypothetically speaking — forest loss and land degradation have been halted). We have the technical and socio-economic know how, but between 2015 and 2020, 10 million hectares a year were deforested.

To restore these lands alone, we would need between US$5 and US$15 billion a year, which is much higher than the current US$19 billion pledge over five years made in Glasgow.

A “promoting inclusive rural transition” should perhaps instead be phrased “promoting a rural transformation that is inclusive.” There was some progress at COP26, with a joint statement affirming their commitment to the Forests, Agriculture and Commodity Trade (FACT) Dialogue, establishing trade and market development, smallholder support, traceability and transparency, and research, development and innovation as key areas of focus.

We must however reach consensus with all sectors over the trajectory we must take on the COP26 pledge to halt deforestation rather than risk meandering toward 2030 and missing yet another key opportunity to reduce global warming.

Perhaps we should look to the 1987 Montreal Protocol – the most successful environmental treaty banning the production of chlorofluorocarbons to protect and restore the thin atmospheric ozone layer protecting us from damaging radiations.

In 1974, scientists detailed the dangers of ozone loss and the protocol was adopted in 1987 in response to the subsequent discovery of a hole in the ozone layer over Antarctica in 1985 by British scientists.

The agreement established a mandatory timetable for phasing out the main ozone-depleting substances, including financial support for countries in the Global South. Although they first denigrated the threat, companies developed alternatives to the harmful chemicals.

Its success in comparison to the Paris Agreement, has been attributed partially to the fact that it was tackling a specific sector, was binding but flexible and was properly funded.

Climate change is a broader cross-sectoral challenge with implications for the entire economy and a much deeper puzzle to solve but we can learn from the approaches followed for the Montreal Protocol.

We need a politically driven, empirically supported, legally binding and socially inclusive answer to halting forest loss. Glasgow might be a first step toward this, but the jury is still out.

For more information on this topic, please contact Robert Nasi at r.nasi@cgiar.org.

This research forms part of the CGIAR Research Program on Forests, Trees and Agroforestry, which is supported by CGIAR Fund Donors.

This article was first published on Forest News. It has been republished under the Creative Commons license and the original article can be read here. 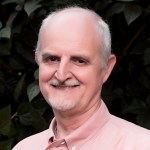 Director General of the Center for International Forestry Research (CIFOR)

Since 1982, Robert has been living and travelling extensively in Africa, Asia and the Pacific, undertaking research activities in the fields of ecology and management of tropical forests. He joined CIFOR in August 1999 and held several research and management positions in the organisation (principal scientist, biodiversity programme leader, programme director). Since 1 November 2017 he has been the Director General of CIFOR, and since 1 January 2014, the Deputy Director General for Research.