As the acceptance of cryptocurrency as an asset class picks up among private players, several governments globally are clamping down on it
03.08.2021
Zabir RahmanAssociate Editor at Unravel

The increasing popularity of cryptocurrencies will likely drive its market growth in the coming years, provided governments around the world give it legitimacy. Photo by WorldSpectrum from Pixabay.

Cryptocurrencies have been the subject of as much debate and disparity in viewpoints as their volatility in price.

Beginning around November 2020, the crypto industry witnessed a bull run that lasted until the end of April 2021. The crypto asset that sets the tone for the rest of the industry, Bitcoin, reached all-time-high levels of almost $65,000 in mid-April, before plummeting to under $30,000 in mid-July and rising back up to $40,000 barely 10 days later.

Despite the over 50% fall in its value earlier in the year, it has settled at a significantly higher baseline compared with 2020 – it was trading at $11,000 in July last year.

This volatility notwithstanding, Bitcoin is considered a performing asset in the past decade by many. That’s not good enough for governments. Amid the dizzying surges and rapid falls, there’s growing dichotomy in terms of how governments and the private sector are viewing this nascent asset class, which in turn is impacting policies and investment strategies.

As crypto assets continue to grab wider attention, there seems to be a growing clampdown by governments, led by China in recent months.

In June 2021, China clamped down on crypto-miners in the country, leading to a large exodus of both hardware and miners to nearby Kazakhstan. China’s Vice Premier Liu He and the State Council announced in May that it will “crack down on Bitcoin mining and trading behaviour, and resolutely prevent the transmission of individual risks to the social field.” Prior to the government’s strict actions, China was home to about 75% of global Bitcoin mining capacity.

While some of the backlash is driven by environmental concerns, much of it is centred on protecting investors and in limiting the use of crypto assets for illegal activities.

In the EU, the European Central Bank’s (ECB) Vice President Luis de Guindos has been critical of crypto assets. He said: “When you have difficulties to find out what are the real fundamentals of an investment, then what you’re doing is not a real investment.” Guindos’ remarks coincided with a wider sell-off in crypto markets that also saw its market cap fall to almost half its all-time-high of $2 trillion. The ECB chief Christine Lagarde also echoed a similar sentiment.

Bank of England Governor Andrew Bailey has also been critical of cryptocurrencies, calling it a danger to the public. He even went on to declare that “If consumers invest in these types of products, they should be prepared to lose all their money.” However, British Member of Parliament Tom Tugendhat stands as an anomaly to the UK government’s viewpoint. He has called for a regulatory sandbox and has appealed to the government to adopt a more accommodative stance towards innovative technologies. In fact, Tugendhat believes that the UK’s failure to embrace crypto assets may result in the country falling behind its peers.

Leading global economist, Nouriel Roubini, in a meeting with Goldman Sachs, said cryptos are neither a currency nor an asset. He listed out four key criteria why they fail to qualify as currency. According to Mr Roubini, a currency must have “a unit of account, a means of payment, a stable store of value, and act as a single numeraire.” This view can be debated endlessly without conclusion, but it is hard to ignore Mr Roubini’s comments, given his standing as a leading global economist.

In the US, Federal Reserve Chairman Jerome Powell confirmed the government was at a ‘critical point’ in terms of regulations for cryptocurrencies. The Federal Reserve is calling for a similar framework like those governing bank deposits and mutual funds, to also be applicable to crypto assets.

In recent weeks, Binance, the world’s largest cryptocurrency exchange by trading volume, has been pressured by regulators globally for a slew of reasons. Most recently, Japanese, Italian, Hong Kong and UK regulators have raised an alarm over Binance’s unauthorised crypto trading and derivatives activities.

But in the midst of all the questions being raised of cryptocurrencies, El Salvador is set to become the world’s first country to adopt Bitcoin as legal tender, starting 7 September 2021. President Nayib Bukele says this could usher in a wave of development for an economy in the doldrums (although this view has been questioned by many). It is also forecast to catalyse blockchain software development in the country as it will attract developers, and other crypto stakeholders.

This is an interesting development, as El Salvador could well serve as a large sandbox where crypto evangelists can test their “economic and social theories”. In cryptocurrency parlance, El Salvadorans might be ‘going to the moon’.

While government stakeholders remain critical of crypto assets, there is much greater acceptance—and indeed excitement and enthusiasm—for the asset class among private companies, large institutional investors and retail investors.

Established financial institutions such as JP Morgan and Morgan Stanley were already looking at the crypto space with keen interest. While JP Morgan’s CEO Jamie Dimon is not fully convinced on crypto assets, he acknowledged that many among the bank’s clientele wanted to invest in Bitcoin. And a similar story is playing out globally, with investors driving institutions to at least consider offering investment opportunities in the emerging asset class.

Several institutional investors are of the view that a well-balanced portfolio in the future will include Bitcoin and/ or other cryptocurrencies. Cathie Wood, founder and CEO of Ark Invest, an investment management firm, is one of them. Ms Wood has a formidable reputation as a star stock picker and has a preference for innovation or companies that focus on innovation.

In addition to asset management firms, banks or institutional investors who are no longer overlooking cryptocurrencies as an asset class, there is a slew of companies either investing directly in cryptocurrencies or providing services around crypto investing.

PayPal, one of the world’s largest online payment companies, entered the cryptocurrency market in late 2020, and allows its customers to buy and sell cryptocurrencies including Bitcoin using their PayPal accounts. This is a big move towards mainstreaming cryptocurrencies.

The importance of perception

A now common security concern that lawmakers use liberally is the threat of cryptocurrency use by criminals for cross-border financial transactions. This is not unfounded since several companies have been held to ransom and hackers have demanded cryptocurrency in exchange for restoration of services. But the same can be said even of fiat currency, which has until now been used pretty much for all illegal cross-border transactions—often through the hawala system across much of Asia, and other similar payment systems in other parts of the world.

In what could result in some kind of a perception shift in the minds of the sceptics is that crypto assets have recently also been used for charitable or relief causes. A recent example is a $5 million donation in Bitcoin to the University to Pennsylvania’s Wharton School. Separately, Ethereum co-founder Vitalik Buterin’s COVID-19 relief contribution to India was a staggering $1 billion in SHIBA INU coins.

While not widely acknowledged yet, India’s former hardline stance against cryptos seems to have softened considerably following Buterin’s contribution. It must be noted that the $1 billion donation led to a crash in the SHIBA INU token’s price. Following its conversion into a stable coin, the donation totalled about $300 million. Even then, this was still a very significant amount.

We are at a particularly interesting point in the development of cryptos as an asset class, as well as perceptions around it. These perceptions, in turn, will impact regulations and could impact wider acceptance among investors and users too. At the moment, it seems as if regulators want to tread carefully before “stepping into the unknown”, while investors, companies and individuals are increasingly making the leap of faith.

This tussle of views between governments and the private sector could outline the near-term future of the industry. 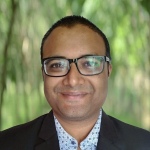