Home COVID-19 COVID-19 in Southeast Asia: much more than a health crisis

COVID-19 in Southeast Asia: much more than a health crisis

Demonstrators protest against the military coup in Myanmar. Photo by Saw Wunna on Unsplash.

COVID-19 cases have risen exponentially in Southeast Asia in the past few months – at one time deaths were increasing at the fastest pace in the world. With the advance of the Delta variant, the region and its 655 million population have now become a pandemic hotspot due to geographical, political and socioeconomic factors.

As elsewhere in the globe, the pandemic in Southeast Asia reveals systemic malfunctions.

It underlines, among other things, that states give priority to economics over damage to the environment and rapidly increasing health disasters in the region.

Political top-down governance and the rising challenges to civil society actors make it even more difficult for Southeast Asian citizens to engage with governments choose to address these crises.

Unveiling the systemic dimension of the crisis

In Southeast Asia, the many social and cultural dimensions of the pandemic have become obscure. The voices of humanities and social science experts and even public health specialists seem subdued.

Governments have implemented measures top-down without much discussion of whether these suit the context or of the implications and impacts. Yet, this crisis is complex and systemic. It needs to be dissected from a number of angles.

First, the socioeconomic and political drivers of the epidemic need to be better understood and addressed.

The region’s governments keep encouraging the pursuit of incessant economic growth. In doing so, they dismiss alternative arrangements that would reduce inequities in society and promote sustainability of natural resources.

In dealing with the impacts of the pandemic, short-term relief is no substitute for the much-needed strengthening of social protections and the introduction of redistribution mechanisms.

Communities across the region are harnessing their cultural and social capital to cope with the unprecedented limits COVID-19 has placed on their daily lives and livelihoods. They try to foster a collective culture of resilience in often constrained settings. But they get little attention or support from government institutions.

All this requires open public discussion and transparent decision-making. Instead, we have seen a shrinking of civic space. There has been a focus on security measures and invasive technologies in the name of health safety.

Southeast Asia is characterised by a majority of authoritarian or partial democracy governments.

The health crisis is affording these regimes the opportunity to further suppress political dissent and consolidate their power.

The weight of oligarchies and particularly state finance elites is shaping governmental orientations.

Governments tend to transform health and social issues into security matters that require extraordinary means of securitisation, weaponisation and militarisation. We see this happening in Malaysia, Thailand, Indonesia and the Philippines.

These measures are done through different methods including surveillance and the criminalising of the population. In particular, minority groups and vulnerable populations, from refugees and migrants to religious communities, are being scapegoated.

The use of technology for contact tracing creates ambiguity about the protection of individual rights and the collective right to health. It resonates with the restriction of civil liberties such as freedom of expression, freedom of the press and freedom of information as we see in Cambodia, Thailand and, brutally, in Myanmar.

Faced with these authoritarian trends, Southeast Asian populations rely on localised, confidential or invisible arrangements to care and sustain the local economy and their systems of material solidarity.

The crisis has devastating impacts on the hundreds of thousands who make a living from the informal street economy. A study of Jakarta’s urban poor shows both their resilience in the face of government inaction and the high risks they endured for basic survival.

The first of these risks is to their health due to extremely low levels of testing and unequal access to protective gear.

Rapid unravelling of what was already a precarious life in the Indonesian capital leaves many people with little choice. Many return to home towns and villages across the country. Some likely bring the virus with them.

The poor are also vulnerable to loan sharks. They are capitalising on people’s needs for quick cash, adding to often already crippling debts.

Government inaction and the combined threats of disease and economic ruin mean the population has to rely on themselves and each other to survive.

They develop networks of mutual support and self-organisation to provide collective protection.

However, as the impacts of social distancing and shutdowns take hold, social and economic opportunities shrink even further. Self-help networks alone are then not enough.

In Indonesia, like in other Southeast Asian countries, substantive government intervention is needed immediately to enable the poor population to get through this crisis.

The poor are in dire need of rapid testing, sufficient and ongoing food staples, cash subsidies free of red tape, basic infrastructure like clean water supplies, and moratoriums on evictions and debt repayments. Without these measures, they will suffer the greatest impacts of the pandemic.

The human dimension of the crisis

Analysis shows that the difficulties in managing the pandemic in Southeast Asia are essentially institutional. The crisis is revealing structural malfunctions that are mainly linked to particular interests of elites and disengagement of large portions of the population.

Thus, the challenge for civil society is to unveil and address the human dimension of the crisis: the continuum between relentless extraction that damages the environment, blind greed for economic profit, and politics that prevents people from taking control over their common destiny.

This perspective poses the question of how to act collectively to overcome this pandemic and to protect the common good for the benefit of future generations. 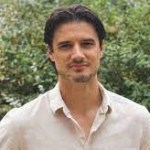 Gabriel Facal’s themes of research are alterpolitics in Southeast Asia; Indonesian political elites, clientelism and corruption; civil militia; jihadist groups; Malay ritual initiation (silat). He co-founded in 2019 the Observatory of Political Alternatives in Southeast Asia (ALTERSEA, https://altersea.hypotheses.org/) which ambitions to become a major pole in the region for the research on social movements, social activism, as well as systems of social regulation that are less visible but sustain local capacities of political action. 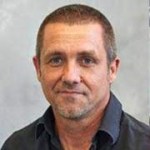 Ian Wilson is a Senior Lecturer in International Politics and Global Security Studies at Murdoch University, Western Australia. He is the author of The Politics of Protection Rackets in Post-New Order Indonesia: coercive capital, authority and street politics (2015) and Politik Tenaga Dalam: Praktek Pencak Silat di Jawa Barat (2020). His research has focuses upon the relationship between violence and political authority, political economies of coercion and the social movements and political agency of the urban poor in contemporary Indonesia, particularly in relation to struggles over housing and land. 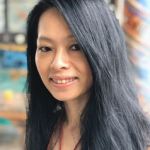 Khoo Ying Hooi, PhD is the Head and Senior Lecturer at the Department of International and Strategic Studies, Faculty of Arts and Social Sciences, Universiti Malaya. She is the author of “The Bersih Movement and Democratisation in Malaysia: Repression, Dissent and Opportunities” (SIRD/ISEAS and Lexington Books, 2020) and “Seeds of Dissent” (Gerakbudaya, 2015). Ying Hooi is also the Editor-in-Chief of the Malaysian Journal of International Relations (MJIR), and she sits in the Editorial Board of the Journal of Current Southeast Asian Affairs, Journal of Southeast Asian Human Rights and Indonesian Law Review (ILREV). 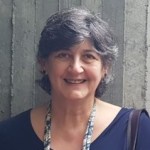 Rosalia Sciortino is associate professor at the Institute for Population and Social Research, Mahidol University, Bangkok and director of SEA Junction (www.seajunction.org). She is emeritus regional director for Southeast Asia with the Rockefeller Foundation and the International Development Research Center (see further rosaliasciortino.com). 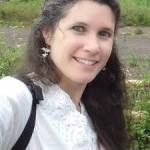