Copper and the pandemic

The pandemic initially hit both copper demand and supply, but while demand for the metal has surged in recent months, production struggles to keep pace
02.02.2021
Vijay KamathGroup CFO, MMIH Group

Since plummeting in March 2020 with the onset of the pandemic, the price of copper is expected to increase now with a pick up in demand. Photo by Shutterstock.

The pandemic brought the global economy to a screeching halt in 2020, through impacts on both demand and supply. And as the number of global coronavirus cases increased rapidly, plummeting industrial demand—and drastic falls in economic output—resulted in the commodities market taking a major hit.

Copper, a key industrial commodity, has witnessed the same fate, with the fall in its demand resulting in prices plummeting by March 2020.

The industry also suffered a large supply setback, with supply disruptions resulting in 889,000 tonnes of lost copper mine production from January to May alone. This resulted in something rather paradoxical. These supply constraints—resulting particularly from mines in South America—coupled with logistics disruptions and the pickup in demand from China helped buffer price falls.

However, as lockdowns around the world were gradually eased and as industrial activity began picking up—led by China—the demand for copper has picked gradually, and prices have surged. Goldman Sachs analysts believe it is “highly probable” copper prices will touch $10,000 per tonne by the first half of 2022, nearing the existing record high of $10,170 seen a decade ago. In the long run, factors such as growing industrial demand, and higher exploration and production costs will play their part in the continuing demand surge. On the flip side, however, this rapid pickup in the demand for copper will increasingly result in a deficit in global copper mine supply. Existing mines will have to tackle the problems of rising production costs, falling quality grades and depleting resources in the coming years.

The pandemic has hit copper supply hard, and although lockdowns have eased in most parts of the world, and life has started returning to a semblance of normalcy, copper production has not recovered completely.

For instance, global copper output from the world’s top 10 producers fell by 3.7% in the second quarter last year, mostly due to lockdowns across Chile, Peru and Mexico. The closures of copper mines in Peru disrupted the production in some of its largest production centres such as Las Bambas, Constancia, Toromocho and Cerro Verde. Copper production is expected to have declined by 7.2% in 2020.

More broadly, lockdowns and quarantine measures across the world resulted in several mines having to cut operations substantially, hitting copper supply, which only started improving in the last few months of 2020 in some mines.

However, this has coincided with increasing copper demand in China, which started witnessing a return to economic normalcy before most economies in the West with lockdowns easing. As industrial activity has picked up in China, so too has the demand for the red metal. Increased spending on infrastructure has also contributed to increased copper demand. In addition to spending on infrastructure, the country’s growing power and construction sectors are expected to continue driving global copper demand and consumption in the near future.

Other factors contributing to demand growth

In addition to the resumption of economic activity in China—and indeed elsewhere—there are other factors expected to contribute to increasing copper demand in the near future.

Governments around the world have announced substantial economic recovery packages, many of which are built around two key themes – digitalisation and green technologies.

That copper is a good conductor of both heat and electricity also make it a vital component in global manufacturing, electrical equipment, industrial machinery and construction. Both China and the European Union have grand plans in reinitiating plans on development of 5G telecommunications networks, big data and artificial intelligence. The metal is widely used in local area networks, personal computers, domestic lines and mobile phones – all of this is expected to support copper demand in the coming years.

For example, China is expected to add 600,000 5G base stations in 2021 over the existing 700,000 it currently has installed. Additionally, the Made in China 2025 initiative is expected to boost copper use in the country by an additional 232,000 tonnes by 2025 through its focus on moving China up the manufacturing value chain to produce more higher value products and use more efficient technologies, which use more copper.

Given its antimicrobial properties, copper is becoming important in the healthcare industry as well. Even before the pandemic, the demand for copper in the healthcare sector was estimated to go up to 1 million metric tonnes over the next 20 years.

As countries globally bring a sharp focus on more sustainable, greener economic growth by investing more in wind and solar energy, and on grid infrastructure, copper will be one of the beneficiaries given that it is used extensively in electrical equipment. Solar energy installation targets alone, for example, are expected to contribute strongly to future copper demand.

As lockdowns around the world were gradually eased and as industrial activity began picking up—led by China—the demand for copper has picked gradually, and prices have surged.

Clean energy equipment such as solar panels and wind turbines require 12 times more copper than previous generation methods. The EU is proposing a massive expansion of the electric car market and related charging infrastructure to shift the region towards carbon neutrality by 2050. Electric vehicles require four times the amount of copper than that used in internal combustion engines. For instance, Tesla hopes to manufacture 20 million electric vehicles annually by 2030. To put it into perspective, this alone will require about 1.8 million tonnes of copper per year, or roughly 9% of global copper production.

One of the key challenges for the copper industry at present is meeting the surging demand for the metal.

The pandemic has hit copper supply hard, and although lockdowns have eased in most parts of the world, and life has started returning to a semblance of normalcy, copper production has not recovered completely.

However, China, which is the world’s biggest buyer of copper, is in the midst of a strong economic recovery, and is propping demand.

This is resulting in a widening demand-supply gap in the copper market. As a result, miners are playing catch-up. Looking ahead, most new copper production is expected to come from the expansion of existing mines, followed by new projects. However, all of this requires large investment and larger budgets for exploration.

Given copper’s strong demand prospects and the expected increase in prices, much of the additional revenues the miners are expected to make, will need to be ploughed back into exploration and new supply for the demand-supply gap to be closed successfully. 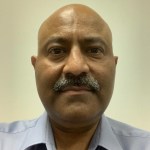 Vijay Kamath is Group CFO of MMIH Group, a Singaporean company with minerals exploration and mining interests in the Philippines and elsewhere in Southeast Asia. He has more than 25 years of expertise in banking, leasing, financial management, sales management, commercial and business development. Mr Kamath was until recently interim Group CFO at Allianz Middle East. Prior to that, he served in senior roles with an array of businesses in Singapore, India and the Middle East.