Continuing corruption: Profiteering amid the pandemic

COVID-19 took us all by surprise. Governments have scrambled to counter the pressures on healthcare systems as the virus spread, and struggled to grapple with the economic consequences of shutdowns. Where possible, fiscal stimulus packages were announced, healthcare budgets ballooned overnight, and credit was extended to help businesses stay afloat.

In the midst of all of this, the potential for corruption and related malpractices has also grown as the focus has been squarely on providing as much assistance as soon as possible, and oversight in the form of checks and balances has taken a backseat. Unravel spoke with Francesco Checchi, Anti-Corruption Adviser at the United Nations Office on Drugs and Crime (UNODC), about the linkages between COVID-19 and corruption, the next big challenge of minimising corruption in vaccine delivery, and steps some Southeast Asian governments have taken to ensure closer public scrutiny.

Unravel: Is there any sort of correlation between pandemics and corruption?

Francesco Checchi: I would say there is quite a strong correlation between corruption and the (lack of) capacity of governments and public institutions to address the crisis. Corruption makes it harder to fight the pandemic and subsequently increases risks for people at all levels of contracting the virus. The pandemic has indeed increased the scope for corruption. For several months now, governments have been grappling with the impact of the pandemic on the economy and on the health and livelihoods of citizens, with special concerns for disadvantaged groups and communities.

To avoid an economic collapse, several countries in Southeast Asia have taken dramatic and significant measures to provide an economic safety net for citizens and businesses in distress, including through direct cash disbursements, short- and medium-term forgivable loans and deferment of payments, or by providing unemployment insurance. We have warned several countries that the emergency packages have been adopted and implemented without necessary oversight procedures and mechanisms. This will increase the risks of misuse, fraud and corruption in the implementation of these packages.

At UNODC, we analysed COVID-19 emergency support packages implemented by Southeast Asian governments, and their associated risks of misuse through fraud and corruption. The results are quite concerning.

The 2019 UNODC Transnational Crime Threat Assessment for Southeast Asia highlights that falsified medicines are increasingly being manufactured in Southeast Asia and are being exported globally.

Most countries in the region did not introduce specific provisions on the prevention and detection of fraud and corruption in the decrees adopting the emergency packages or in the accompanying guidelines on implementation. Instead, they rely on institutional oversight frameworks already in place, which do not have the capacity and resources to effectively control the spending of budgets that had suddenly increased by billions of dollars. To make things worse, a majority of support packages actually allow for the possibility to utilise direct contracting for procurements, avoiding public tenders. This is understandable given the emergency, but it also increases the risks of fraud and corruption manifold.

Unravel: Through this pandemic, has the nature of corruption changed? If so, how?

Mr Checchi: I don’t think so. In my view, the nature of the phenomenon has not fundamentally changed for a long time. The opportunities for corruption have changed though, as well as the way in which the crime is perpetrated. The health sector has been particularly exposed to corruption during this period. Documented cases range from health officials re-selling PPEs or medicines in the black market, to patients being given priority treatment with the payment of bribes, to doctors receiving undue advantages from pharmaceutical companies to prescribe certain medicines.

In addition, many corruption cases are related to procurement and contracting by health authorities. This often results in low quality products and services, including those related to addressing the pandemic. At the moment, we are particularly concerned with the distribution of COVID-19 vaccines, where pharmaceutical companies are now competing for the market. The risk of bribery of regulators is high, particularly in developing countries.

Corruption may happen at all junctures in the supply chain. Risks include the distribution of counterfeit vaccines, theft of vaccines, leakages in emergency funding designated for the development and distribution of vaccines, nepotism and corrupt procurements. The UNODC has developed a policy paper on this matter and we are engaging with governments and health authorities to raise awareness and develop mitigation strategies to address these risks. Ultimately, we need to avoid the entry of substandard and falsified vaccines into the market at all costs.

We are paying particular attention to this issue in Southeast Asia, which is a major hub for sourcing and trafficking counterfeit medicines. The 2019 UNODC Transnational Crime Threat Assessment for Southeast Asia highlights that falsified medicines are increasingly being manufactured in Southeast Asia and are being exported globally to markets such as Japan, the US and Europe.

Unravel: Has COVID-19 resulted in a greater focus on anti-corruption initiatives across Southeast Asia?

Mr Checchi: At the pandemic’s outset, and up until mid-2020, it was very difficult to steer governments’ attention towards the corruption risks I just mentioned. The headlines were rightfully focusing on the number of infections and on the death toll. There was a real sense of urgency among politicians and public officials throughout the region – relief funds were released swiftly and effective disbursement was a priority.

We have warned several countries that emergency packages have been adopted and implemented without necessary oversight procedures and mechanisms. This will increase the risks of misuse, fraud and corruption in the implementation of these packages.

Now, there seems to be more attention given to the issue, also because of the growing number of alleged corruption cases involving high level officials.

Anti-corruption agencies across the region have started to focus on the risks related to the pandemic. The Corruption Eradication Commission of Indonesia, for example, has established a task force dedicated to the issue. Likewise, the National Anti-Corruption Commission of Thailand launched a COVID-19 Corruption Risk Mapping Project that provides a framework for the collection and analysis of relevant information in cooperation with stakeholders, including civil society. In the Philippines, the Government Procurement Policy Board has developed a transparency portal where all information on direct procurements conducted in response to the crisis are publicised in order to promote public scrutiny.

The growing number of such initiatives is a good sign of increased attention on corruption in times of crisis. Hopefully, they will also be a blueprint for future crisis response plans.

The views and opinions expressed in this article do not necessarily reflect the position of the United Nations.

* The second part of this conversation is about how to address corruption. 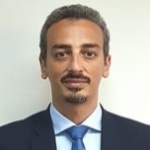 Francesco has more than 15 years of experience working in international organisations in the area of good governance, public administration reform and anti-corruption. Currently, Mr Checchi is UNODC’s Anti-Corruption Regional Adviser for Southeast Asia. His work focuses on providing support to member states of the UN Convention Against Corruption for implementation of the Convention. He provides expert advice and input to the development and implementation of technical assistance programmes in anti-corruption at the regional and/or national levels in Southeast Asia and South Asia, in accordance with the UNODC’s overall strategy and as an integral element of the UNODC Regional Programme. Previously, Mr Checchi worked as Anti-Corruption Specialist at the UNDP covering Eastern Europe and Central Asia.