Climate change impacts in Asia are essentially a water story

Water is critical for sustaining all aspects of life and it is at the centre of our need to better understand and address the impacts of climate change
27.07.2021
Kaittisak KumseSenior Analyst, Economic Intelligence Center at the Siam Commercial Bank
Tetsushi SonobeDean and CEO at the Asian Development Bank Institute
Dil RahutVice-chair of Research and a Senior Research Fellow at the Asian Development Bank Institute

The Suraj Tal Lake in the Lahaul and Spiti district of Himachal Pradesh. Glaciers are receding due to global warming causing a reduction in snow and ice cover. Photo by Dhara Prajapati on Unsplash.

Global climate change caused by human activities will continue to be catastrophic for humanity. In particular, climate change is having serious impacts on the world’s water systems, and changes in these systems can have an enormous impact on people’s lives. This is because water plays a critical role in the very existence of all forms of life on earth as the foundation of human well-being and prosperity and a source of life and livelihoods. For example, without water, farmers could not grow crops or raise animals. In Asia, most of the climate change risks come down to water.

First, climate change is altering rainfall patterns in Asia, both in terms of the amount of rainfall and its timing. Climate models indicate that rising temperatures will increase heavy rainfall during the rainy seasons and extend the dry durations during dry seasons.  These changes will, in turn, shift seasonal water availability and increase floods and droughts. The exhibit below shows that the number of flood and drought events in Asia is on an upward trend. The total number of flood events increased from 303 events during 1970–1980 to 1,541 events during 2011–2020. During the same periods, the total number of drought events increased from 85 to 152. These floods and droughts can endanger human lives, damage homes and public infrastructure, destroy crops, and harm the economy.

Exhibit: Number of flood and drought events in Asia

Heavier rainstorms will also increase surface runoff, the rainwater that flows across the surface of the land. Runoff is a major source of water pollution because as the rainwater moves along a surface, it picks up litter, chemicals, fertilisers, and other toxic substances, flushing them into nearby rivers, streams, and ponds. This contamination can be detrimental to human health and the aquatic ecosystem and make it more expensive to clean water to drinking standards, thereby making it more challenging for people to access safe drinking water, sanitation, and hygiene.

Second, glaciers are receding because global warming is causing a reduction in snow and ice cover. Glaciers are vital to water resources because as the winter snowpack melts, it slowly adds fresh water to rivers and streams. As the atmospheric temperature rises, more precipitation is likely to fall in the form of rain rather than snow. This means less water being stored as snowpack. Research show that due to climate change, glacier ice loss rates across the Himalayas have accelerated from just 22 cm a year during 1975–2000 to 43 cm a year during 2000–2016.  Scientists also estimate that two-thirds of glaciers along the Hindu Kush and Himalaya ranges will be lost by 2100 if we fail to cut carbon emissions. Moreover, even if we succeed in limiting global warming to 1.5°C, a third of the ice will still be lost.

Rising temperatures are also changing the timing and magnitude of streamflow in glacier-fed rivers and the pace of polar ice melt. These changes will negatively affect human livelihoods, economies, and ecosystems, particularly in the countries across the high mountains in Asia that depend on meltwater for their drinking water supply, irrigation, mining, hydropower, agriculture, and recreation. The sea-level rise caused by the increase in polar ice melt will also affect coastal nations, and most of the impact will be felt in Asia. Specifically, six Asian countries—the People’s Republic of China, Viet Nam, Bangladesh, India, Indonesia, and Thailand—account for approximately 75% of the 300 million people on land projected (under moderate reductions in emissions) to be flooded due to sea-level rise by 2050. Glacier lake outburst floods arising from the glacial melting also threaten populations living downstream. Meanwhile, changes in the snowpack will also negatively impact people who generate their income from skiing and winter tourism.

As with the coronavirus disease (COVID-19) pandemic, climate change impacts are likely to play out disproportionately across Asian countries. Developing countries are most vulnerable and are among the least ready to respond to climate change impacts. Since people in Asia will mostly feel the impacts of climate change through a change in water systems, innovation and a transformation in water management are indispensable for climate change adaptation in the region. For example, the shrinking supply of glacial meltwater in India’s Ladakh region has led to the creation of ice stupas or manufactured glaciers. This innovative water management strategy allows farmers to have sufficient water to irrigate their crops during the spring months. Given that many Asian countries are dealing with similar climate change impacts, the international research community can contribute to building climate resilience in Asia by creating, analysing, and sharing ideas and best practices for water management so that countries can learn from one another’s experiences and adopt measures suitable for their context.

This piece was first published on Asia Pathways, blog of the Asian Development Bank Institute and can be read here. 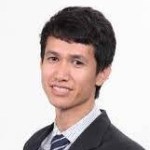 Kaittisak has experience in conducting the cost-benefit analysis of Green House Gas reduction in the rice field under different mitigation options and conducting the impact evaluation of agricultural policy and farmer organisations. His research work has appeared in international peer-reviewed journals, such as Food Policy. 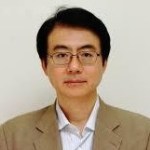 Dean and CEO at the Asian Development Bank Institute

His research interests are centred on the empirics of economic development, particularly the roles of industrial clusters, human capital, social capital, management practices and market competition in industrial development in developing Asia and other regions. Before joining ADBI in April 2020, Dean Sonobe served for six years as vice president of the National Graduate Institute for Policy Studies (GRIPS) in Tokyo and taught economics for 30 years at Tokyo Metropolitan University and GRIPS. Dean Sonobe is a recipient of the Nikkei Book Publication Prize and the Masayoshi Ohira Memorial Prize, and a founding board member of the Japanese Association for Development Economics. 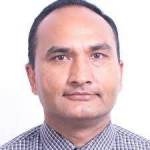 Prior to joining ADBI, Dil was a global programme manager for the International Maize and Wheat Improvement Centre’s (CIMMYT) socioeconomics and sustainable intensification programmes. He also served as chair of the staffs’ committee at CIMMYT. He previously worked for the Royal Monetary Authority of Bhutan’s Research and Statistics Department. He also served as a research fellow at the WorldFish Centre; senior fellow and Japan chair at the Indian Council for Research in International Economic Relations; chief of research, planning, and monitoring and Visa/Mastercard director at the Bank of Bhutan Ltd; and assistant professor of development economics at South Asian University.