Cities don't provide the same opportunities to women as they do for men - so what needs to change? Photo by Guilherme Stecanella on Unsplash.

As we head towards World Cities Day on 31 October around half of city populations are at a disadvantage — cities are unfair environments for women, according to the UN.

This is despite the fact that more people live in cities than ever before – around 4.4 billion people — or 55% of the global population. And this number is set to double by 2050, with seven out of every 10 people living in urban environments.

55% of the world population live in urban areas and 50% of the 🌎 population is made up of women and girls.

Our new #CitiesAlive report with @Arup and @LivUni shows that cities have not been designed with women in mind and calls for more #InclusiveCities. https://t.co/Lohi96luJ4 pic.twitter.com/e7wQCRsRAJ

“The ‘penalties’ women pay for living in cities include violence, poverty, unequal amounts of unpaid care work, limited job opportunities, and a lack of power in public and private decision-making,” the UN Development Program (UNDP) says in a new study.

Designing Cities That Work for Women looks at contemporary urban life from the perspective of women from a range of backgrounds to identify problems and find out ways to make cities better.

So, what needs to change to improve cities for women?

Most cities were designed and built by men, resulting — perhaps unsurprisingly — around policies and including features that often overlook the needs of women.

Women remain greatly underrepresented in key decision-making positions, even in developed countries. Currently 35% of members of parliament in the UK’s House of Commons are women and this figure is an all-time high.

The report recommends that policymakers in city planning roles should seek out women’s perspectives in order to design spaces that create improvements for everyone.

As well as giving women a voice in urban decision-making, leadership, and law making, the use of gender-disaggregated data — which splits data sets into binary male and female categories — can inform design and policy decisions.

One example is in Sweden, where using such data showed that prioritising the clearing of arterial roads of snow adversely impacted women and children, who were predominantly using cycleways. Clearing cycleways first decreased accidents by 50% and saved the local government money.

Statues, monuments and street names can imbue a sense of urban identity, highlighting the work and achievements of groups and individuals. But not for women, it seems. Only 4% of statues in London represent women — around half the amount that depict animals — and London is actually ahead of the curve, as only 2-3% of statues represent women in most cities, the report says.

Not so in Aspern, in Vienna, where all the streets and public places are named after women, improving a sense of belonging and identity by recognising and raising awareness of female achievement.

As well as acknowledging women’s history, the study recommends providing more inclusive workplaces and schools, safe leisure and cultural spaces, and designing diverse and flexible spaces for the disabled and elderly.

Women often do not feel safe in their own cities, and with good reason. In the UK, 71% of women have experienced some form of sexual harassment, while over half of women and girls have experienced violence on public transport in Ethiopia, the UN says.

The study promotes the creation of safer streets, public spaces and public transport by using intelligent design. Incorporating violence prevention in laws while educating those that exhibit misogynistic behaviours will also help to reduce violence against women.

There are already success stories around the world. In Melbourne, Australia, a project was launched to identify unsafe areas in public places by taking crowdsourced data from the Free to Be campaign. The results were used to identify lighting requirements, and the data is now used as part of the urban design process.

Utilising technology to create a human-centred approach to safety can also make a significant difference for women in urban environments. In Quito, Ecuador, an SMS service is being used to fight sexual harassment on public transport. Besides raising public awareness of gender violence, nearly 3,000 cases of sexual harassment were reported and over 70 perpetrators were prosecuted.

According to the UN, one in four people do not have access to safe drinking water. Globally, women and girls bear the responsibility of water collection in eight out of 10 households, so are disproportionately affected.

And one in three women do not have safe, inclusive toilets, which promotes gender-based violence and exclusion, particularly for elderly and disabled women who tend to avoid visiting areas without accessible public sanitation.

City-planning that works for women’s health and well-being needs to focus on raising water and sanitation facilities, improving standards of healthcare and nutrition, and creating more safe, accessible and green environments, urges the UN.

It is critical that we design our future cities — and redesign our existing ones — in a holistic way. The World Economic Forum has released a series of reports about “future-ready cities”, which details how to build inclusive environments for all.

To tackle the many challenges women face in urban environments, it is vital that under-represented communities be given the opportunity to play a bigger part in making our cities better for everyone. 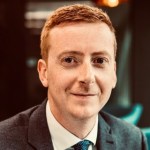 Ewan is a senior writer with Formative Content. Prior to joining Formative Content, he was part of Argus Media as a news editor, writing, editing, sourcing and commissioning stories about energy for a leading price reporting agency.

How can Asia manage its growing population of older workers?