What have we learned about how China deals with partnerships during the Ukraine crisis?
07.06.2022
John GongVice President, UIBE-Israel

At the Security Council meeting and the vote on the resolution on war in Ukraine, China, UAE and India abstained from voting at the UN Headquarters. Photo by Shutterstock.

This is the second of three pieces, first published by the UK National Committee on China, that examines how China is dealing with its partnerships through the Ukraine crisis.

The war in Ukraine is about to enter its fourth month. It doesn’t look like it is going to end any time soon. Both Russia and Ukraine have indicated they will fight for the long haul. Meanwhile, the international community is decidedly divided with respect to this war and the sanctions against Russia. At the United Nations General Assembly on 2 March, 35 countries representing a joint population of just over 4 billion people, a little more than half the world’s population, abstained from Resolution ES-11/1 that deplored Russia’s actions. By contrast, countries representing just over 40% of the world’s population, voted for the resolution. If we add in those countries that voted against ES-11/1, the minority position of the voices deploring Russia in the strongest terms is even clearer. Several large economies and emerging markets abstained – for example, three of the four countries other than Russia within the BRICS bloc.

None of these four has so far announced any sanctions against Russia.

The Chinese government’s position on this war is very clear. There is a set of complex reasons and causes that led up to the war, some of which are historic, and some of which are geopolitical, but certainly not all of which should be entirely attributed to the Russian side.

China’s official position is one of neutrality, a position that is motivated by its own national interests and national security concerns. Unlike European countries, China shares a 4,200-kilometre-long border with Russia.

Toeing Washington’s line on sanctions would essentially plunge China into a relationship of animosity with Moscow. This is a relationship where China has its own history of painful memories. Even more absurdly, it would plunge China into a sceptical Western alliance that may well turn against China once the West’s mission is accomplished with Russia. Most of the countries in Europe and in Asia that have imposed sanctions so far enjoy some level of nuclear protection from Washington.

China does not. China’s nuclear capability is only one tenth of Russia’s.

Beijing watches with great concern the escalation of actions in Ukraine on the part of both superpowers, further wary about the prospect of being dragged into a nuclear confrontation.

Washington’s accusatorial rhetoric against China also makes an argument from a moral standpoint in that the principles of sovereignty and territorial integrity are enshrined in the UN Charter. Nothing in this war, with all its convoluted causes—be it NATO’s eastward expansion, be it Putin’s ambition to restore the historic Russian empire, be it the Ukrainian leadership’s opportunistic blunder, be it America’s push to drive a wedge within the EU—on its own or in combination would render it any less immoral than the countless wars in European and American history.

The neutral position that China has adopted has many historical precedents.

In the 19th century, Great Britain adopted a foreign policy described as “splendid isolation” by historians, which postulated an entire disentanglement from conflicts on the European continent, while still pursuing trade opportunities with every European state. In 1866, British Foreign Secretary Lord Derby said more explicitly: “It is the duty of the Government of this country, placed as it is with regard to geographical position, to keep itself upon terms of goodwill with all surrounding nations, but not to entangle itself with any single or monopolising alliance with any one of them; above all to endeavour not to interfere needlessly and vexatiously with the internal affairs of any foreign country.”

But today we should certainly do better than the 19th century British realists by adding some 21st century moralism. That is how the term “principled neutrality” comes into play. This entails holding back from arms sales into Ukraine; proactive actions to mediate a truce and bring about a peaceful political solution in Ukraine; and the provision of humanitarian assistance to the people in Ukraine. And last but not the least, principled neutrality entails, unabashedly, maintaining normal trade relationships with both Russia and Ukraine. This last point of principled neutrality is indeed morally justified. Though it is probably not known to many people, sanctions do in fact kill just as T-72 tanks do. In fact, in a paper published in the international relations journal Foreign Affairs in 1999, John Mueller and Karl Mueller called sanctions ‘weapons of mass destruction’, as they cause economic hardship, denial of access to medical supplies and possibly starvation. But even if we disregard the potential consequences of sanction casualties in Russia, today’s sanctions led by the West are totally different from past sanctions such as those imposed on North Korea, Cuba, Iraq and Iran. Today’s sanctions will probably kill more people outside of Ukraine and Russia than inside of them. Russia is a major global exporter of agricultural and energy products.

Higher prices of these products are right now causing dramatic rises in the prices of many other products in related and downstream industries. With inflation flying high, countries that rely on imports for food and energy will face grave difficulties. It is the poor among the population that will ultimately pay the price. Maintaining normal trade relations with Russia under principled neutrality is not only vital to fending off global inflation but will also save lives as well. 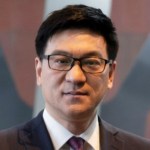 Dr John Gong is professor of economics at the University of International Business and Economics (UIBE), where he teaches and researches in areas of finance, industrial organisation, and antitrust and competition policies. Professor Gong is a recognised patent dispute and antitrust expert in China. In addition to his academic work, Dr Gong has served as an academic advisor with international economics consulting firms, an expert consultant for the World Bank advising countries on economic policy, and as an expert consultant with the Ministry of Commerce’s (MOFCOM) Antitrust Bureau in China, where he acted as the chief architect of the Bureau’s national competition database project. Dr Gong played an important contributing role in US ex-Vice President Al Gore’s National Information Infrastructure (NII) project.