What have we learned about how China deals with partnerships during the Ukraine crisis?
07.06.2022
Alessandro ArduinoPrincipal Research Fellow at the Middle East Institute, National University of Singapore

In the short term, the renminbi is not a serious challenger to the dollar’s dominance. Illustration by Shutterstock.

This is the first of three pieces, first published by the UK National Committee on China, that examines how China is dealing with its partnerships through the Ukraine crisis.

On February 24th Putin crossed the proverbial Rubicon, and there is no turning back. Since the Russian invasion of Ukraine, China is walking a tightrope in balancing its core principle of territorial integrity while pursuing the newly minted China-Russia era of international relations.

More than a month has passed since the beginning of the conflict. It doesn’t look likely that Putin will be in Kyiv saluting his soldiers during a military victory parade in Maidan Nezalezhnosti.

The impact of the Ukrainian crisis is affecting Beijing on multiple fronts, at a time when the Chinese Communist Party (CPC) is fighting a domestic battle against Omicron and 26 million citizens in Shanghai are experiencing a severe lockdown. While the Chinese economy survived the first two years of the pandemic’s adverse impact on the global economy, the negative ripple effects from the domestic lockdown are going to be severe. Reaching 5.5% GDP growth at the end of the year is not going to be as straightforward as expected.

The war in Ukraine is adding fuel to the fire: It is a stress-test for the already tenuous relations with the US and EU. It is sending energy and food prices higher and taking a toll on the Belt and Road Initiative (BRI), President Xi Jinping’s flagship foreign affairs initiative. China’s core interest, the need for stability to support economic diplomacy, is currently under severe stress.

Despite the West’s request to denounce Russia’s act of war, Chinese diplomats and academicians are not shy in stating where China stands. In an opinion piece published in The Washington Post headlined “Where we Stand on Ukraine”, China’s Ambassador to the US, Qin Gang, reiterated the statement from Foreign Minister Wang Yi’ that “one country’s security should not be achieved at the expense of others, and that regional security should not be based on strengthening blocs”.

On the surface, the deliberately vague Chinese position is shared by other countries, notably India, Israel, UAE and Saudi Arabia. However, these countries have different interests in mind in adopting this stance. Russia is a long-time partner of India, and its major weapons supplier. India faces problems of its own with China; it cannot afford to antagonise Moscow. Israel faces dangers next door and will need Russian help to manage its operations in Syria.

Similarly, Saudi Arabia and the UAE have stated several times that the Ukraine crisis is not their problem, especially when the Biden administration has given the cold shoulder to the de-facto Saudi ruler, Crown Prince Mohammed bin Salman Al Saud.

Both monarchies are showing their frustration with the recent American opening towards Iran and Washington’s perceived security abandonment of the region. This just accelerates China’s inroads into the Middle East and not only for energy security reasons. While Saudi Arabia and UAE rebuffed US requests to help reduce energy prices and join sanctions, they welcomed new defence contracts for Chinese military equipment.

As the Russian army gets bogged down in grinding urban warfare and economic sanctions against Russia gain traction, Beijing is learning important lessons and not just from the battlefield. While the performance of short-range antitank portable missiles and nimble combat drones provide new data for the ongoing modernisation of China’s People’s Liberation Army, it is the unprecedented scale of economic sanctions that is really keeping Chinese strategists up at night.

At the political level, China is promising financial support. But Chinese financial institutions are very wary of being subject to secondary sanctions and are already starting to fall in line. According to Bloomberg, Chinese diplomats in the US are asking for granular details on the sanctions. Even if no sanction red lines are crossed by Chinese banks, the ripple effects on global trade will affect Beijing’s plans for stable economic growth.

Given its dependence on energy imports, the massive spike in energy prices is bad news for Beijing. But it is in Europe and not in China that it will hurt the most. It is not by chance that the annual carbon emission target was placed on hold during China’s recent Two Sessions meetings, allowing Beijing the flexibility to counter further energy price spikes. And China’s short-term gains from a preferential food trade policy with Russia will be offset by the looming global food crisis generated by soaring fertiliser prices and the inability of many farmers to afford soil nutrients.

While Russia has now surpassed Iran as the most sanctioned country in the world, Moscow seems confident that China will shield the country from the incoming financial tsunami.

The reality is different, as China’s own international payment system is not a solution: Beijing still depends on the Society for Worldwide Interbank Financial Telecommunication (SWIFT), from which many Russian institutions are excluded.

China’s international payment system is also not liquid enough to provide an alternative to Russian banks. Regarding credit cards, the China UnionPay system was initially able to soften the blow by supporting the Russian Mir system, after the block imposed by Visa and MasterCard. Though subsequently UnionPay has been reported to have suspended negotiations with Russian banks to issue new bank cards for their customers, due to potential concerns over secondary sanctions from the US. Although Moscow is offering rupee-rouble and renminbi-rouble payment options to Indian and Chinese oil buyers and Saudi Arabia is in talks to price some of its crude in yuan, renminbi payments for oil do not look a viable long-term solution. At least in the short term the renminbi is not a serious challenger to the dollar’s dominance. It also seems unlikely that China will create a special purpose bank to deal exclusively with Russia, in the way it did for Iran.

The COVID-19 pandemic has already had a negative impact on China’s BRI. Now, the war in Ukraine has dealt a severe blow to the land connectivity that links China with Central Asia and the European Union. However, China’s renewed friendship with Russia will not affect its standing with its non-European BRI partners. An economically weaker MENA region will give a wholehearted welcome to any expansion of the BRI. The further worsening of relations with the US means that even the rich Gulf monarchies will have fewer qualms in accepting China’s BRI and Digital Silk Road. Nevertheless, it will take time for this broader impact on the BRI to become clear given much uncertainty on how the Ukraine war will develop.

In the case of a stalemate, with Russia controlling a corridor from the new oblast in Donbass to Crimea and Odessa, and with Kyiv stuck in a sort of demilitarised anarchy, China will have to navigate very carefully in how to offer an economic lifeline to Russia. Russia is not Iran, and Beijing will need even more caution in dealing with the Russian banking system. Nevertheless, the relationship with Russia is not in question. In a recent virtual meeting with Biden, Xi rejected US efforts to force China to exert unilateral pressure on Russia, reiterating the official Chinese line and inviting Russia and Ukraine to reach a peaceful resolution. In a recent discussion at the Atlantic Council, US Treasury Secretary Janet Yellen reiterated the Biden position, calling on Beijing to act: “China has recently affirmed a special relationship with Russia. I fervently hope that China will make something positive of this relationship and help to end this war.”

An ongoing barrage of articles by the Chinese People’s Liberation Army doesn’t leave much hope for Washington’s requests. The PLA Daily accuses the US ‘of having’ imposed all-round and indiscriminate sanctions on Russia, and even using globalisation as a weapon, even in sports, art and academic fields. This fully exposes the hegemonic behaviour of the US that has always despised international rules and undermined international order.

At the moment, it seems very unlikely that China is going to change direction on its unlimited friendship with Russia. Russia’s dependence on China is growing by the day. There is no longer a need to discuss who is the junior partner in the rediscovered relationship boosted by Xi and Putin during the Beijing Winter Olympics. What is clear though is that the renminbi is becoming the new dollar in Russia. 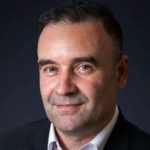 Dr Alessandro Arduino is the principal research fellow at the Middle East Institute (MEI), National University of Singapore. He is the co-director of the Security & Crisis Management International Centre at the Shanghai Academy of Social Science (SASS) and an associate at Lau China Institute, King’s College London. His two decades of experience in China encompasses security analysis and crisis management. His main research interests include China, Central Asia and Middle East and North Africa relations, sovereign wealth funds, private military/security companies, and China’s security and foreign policy. Alessandro is the author of several books and he has published papers and commentaries in various journals in Italian, English and Chinese. His most recent book is China's Private Army: Protecting the New Silk Road (Palgrave, 2018).