Can Asia’s growth also be sustainable?

Asia has to step up its engagement with the environment and climate, and large economies in Asia are doing just that
11.05.2021
Hiroki SekineVisiting Fellow, Asia-Pacific Programme at Chatham House

Flooding in Meng District, Ubon Ratchathani Province, in Thailand, on September 10, 2019. Six Asian countries (Myanmar, the Philippines, Bangladesh, Pakistan, Thailand and Nepal) are identified among the 10 nations most affected by climate risk. Photo by Shutterstock.

This is the first in a series of articles by Hiroki that will look at the importance of green growth, and Asia’s role in achieving a low carbon economy.

Asia has experienced dramatic economic growth in the 21st century. After a sustained period of rapid growth, it has become the largest regional economy, with 37.8% of global GDP, followed by North America with 26.5% and Europe with 24.8% in 2019.

COVID-19 has not altered this trajectory. The IMF reports that GDP contracted by 1% in 2020 in the emerging and developing nations of Asia, compared with a contraction of 3.3% globally. Furthermore, it envisages a quick bounce-back scenario in Asia to high economic growth rates in 2021 – with 8.6% growth in 2021 for emerging and developing Asia, while global growth is projected at 6%.

In the context of sustainability, Asia’s emerging economies will maintain some level of economic capability that can potentially help meet the United Nation’s (UN) sustainable development goals (SDGs). Nevertheless, it will be imperative that the region meets the challenge of combating rising greenhouse gas (GHG) emissions and other adverse effects caused by rapid economic growth to ensure a more inclusive and sustainable growth.

Given the impact of Asian economic growth and environmental disruption on the global economy and environment, green and sustainable growth in Asia becomes more important not only for the region but also for the world. Asia itself must not underestimate the adverse side-effects that spread beyond the region such as air pollution, sea pollution and more seriously climate change.

According to the Global Climate Risk Index 2021, six Asian countries (Myanmar, the Philippines, Bangladesh, Pakistan, Thailand and Nepal) are identified among the 10 nations most affected by climate risk from 2000 to 2019. In addition, Japan and India ranked among the 10 countries most affected in 2019. A 2019 survey conducted in Southeast Asia (in Indonesia, Malaysia, the Philippines, Singapore, Thailand and Vietnam) concluded that governments in the region were becoming more serious about climate change, which was ranked as the biggest concern to national security among other security threats.

Despite the risk awareness over future sustainable growth across the region, the current practice is insufficient to change the trajectory. A UN report indicates that the situation is worse than it was in 2000 for climate action as well as life below water (Exhibit 2).

The SDG Index, in Sustainable Development Report 2020, tracks country performance on the 17 SDGs (with the worst rating at 0 and the best at 100). It suggests that Asian countries overall are performing poorly on the SDGs. In Asia, Japan has the highest score at 79.2 (17th among 166 countries), followed by South Korea at 20th place, Thailand at 41st, China at 48th and India at 117th place.

Asia’s emerging economies are struggling to cope with the dilemma of how to balance policies aimed at boosting their economies along with meeting their SDG commitments. This difficulty concerns GHG emissions in particular, as these usually increase proportionally with the growth of economic activities and populations.

Asia needs to reduce its coal dependency for electricity

A common challenge across many countries in Asia is the high dependency on coal for energy (Exhibit 3). Among total CO₂ emissions in 2018 in Asia, 49% came from electricity and heat production, followed by industries and construction with 24% and transportation with 14%. Considering a most likely green scenario in transportation and industry, which could further electrify through electric vehicles or electric arc furnaces for steel production, the green transition in electricity generation is key to successful mitigation of GHG emissions.

Efforts have been made by these countries which rely on coal as a major source of energy for decades through several measures including replacement of inefficient thermal power plants, a shift to gas from coal and deployment of renewable energy such as solar and wind. Although such efforts have worked effectively, the outcomes are not sufficient to surpass the increase of GHGs, which requires these countries to scale up efforts. The more efficient coal fired plants such as Ultra-Super-Critical power plants have been rolled out and replaced many old inefficient plants to balance between meeting urgent needs of electricity and environmental concerns. Through this replacement, China has improved the efficiency of coal fired power plants from 30% in 2000 to 39% in 2018 – lowering CO2 intensity according to IEA’s analysis. Another approach is the shift from coal to gas for lowering CO2 intensity as Vietnam envisions in its new proposing power development plan (PDP8). The most effective countermeasure to the rise of GHGs is deployment of renewable energy. All major economies in Asia have set targets to increase capacities of renewable source of energy including China’s attempt to boost its installed capacity of solar and wind by more than 1,200 gigawatts (GW) by 2030, envisioning 25% of non-hydro renewable source in primary energy consumption and India’s renewable energy capacity goal of 450 GW by 2030 (renewable energy except for large hydropower).

Transitioning from coal has its challenges

First, the improvement through new efficient coal power plant does not last for a long time, as CO2 intensity improvement in China has been slowing down in recent years. In addition, concerns have been raised about new plants locking the high level of CO2 for decades. Second, a shift to gas requires time and enormous investments on gas supply chain including gas receiving terminal or gas pipeline. Third, an increase of renewable energy beyond a certain level requires additional investments on transmission line and energy storage to enable sustainable electricity supply.

Policymakers have to devise long-term strategies taking into consideration costs, technology development and energy securities in an uncertain future, which is not an easy task and requires political will.

The good thing is that the global community reconfirms and accelerates its efforts to combat climate change even amid the COVID-19 crisis, which was further driven by the US’ return to the Paris Agreement and its intention on assuming leadership in global collective climate actions.

Carbon neutral policies declared by China, Japan and South Korea in 2020 rebuilt a momentum of climate action in Asia. New commitments by large economies in Asia gives renewed hope. For instance, Japan has set a target of 46% GHGs reduction by 2030 compared with 2013 levels, from a previous target of 26%. China, too, has made clear its intention to reduce coal consumption from 2025, at the US hosted Leaders Summit on Climate on 22 and 23 April, 2021.

Despite difficult challenges, global momentum as well as leadership in Asia could help drive regional transition to a low carbon economy. 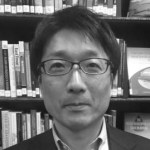 Hiroki Sekine has been a visiting fellow with the Asia-Pacific Programme at Chatham House since January 2020. He has also been a non-resident visiting fellow at the Institute for Security and Development Policy in Stockholm since February 2020. He was director of the policy and strategy office for financial operations at the Japan Bank for International Cooperation (JBIC) from July 2016 until June 2019, and then served as a senior adviser to the corporate planning department at JBIC until December 2020. Between 2018 and 2019, Hiroki served as adjunct professor at Kyoto University, responsible for project finance.