We speak with the chief executive officer of a Bruneian telco about women in leadership roles, societal expectations of them, and her approach to leadership
10.11.2020
An interview with
Suzanna SuharjuChief Executive Officer, imagine

Gender disparity in the workplace is one of those critical issues on which the needle just doesn’t seem to move, despite the rhetoric. Well-meaning efforts are underway in many areas to bridge the gender gap, and women are more educated and more active in the labour force than before, but the glass ceiling remains in place.

We speak with Suzanna Suharju, chief executive officer of Bruneian telecommunications company imagine, and one of the country’s few female corporate leaders, about steps companies need to take to address gender disparity, and the need for both organisations as well as families to adapt in terms of their expectations of women. She also talks about her approach to leadership and the traits of successful women leaders.

Unravel: You’re one of very few women to head a corporate enterprise in Brunei. Do you think this brings a different sort of pressure, or expectation?

Suzanna Suharju: First, I would like to say that I am very honoured for the opportunity to be the few women CEOs in Brunei. While it is humbling to be in this position, it comes with the pressures and expectations to perform well. This is not just in terms of ensuring the success of the organisation, but one always has to strike the balance of not being ‘too friendly or too tough’. Otherwise, one is judged for being too emotional in making decisions. Of course, there is always the possibility that some may believe that an organisation is trying to meet their ‘company quota’ if a woman leads it.

Despite all that, I try to be as authentic as I can, taking into consideration the environment I am in. I have earned this role based on my professional merits, the same as my male counterparts. Accepting that as a woman, I may see things differently than my male counterparts. For me, adaptability is key.

Unravel: How much of a challenge is gender parity in the corporate world in Brunei?

Ms Suharju: The presence of women in leadership continues to grow over time in this country, with the nation’s Wawasan 2035 emphasising equal opportunities for women in the workforce. That is resulting in the rise in women in the workforce and more female graduates in Brunei’s local universities and colleges. However, in order for this to be successful, both organisations as well as families need to adapt their expectation levels from women as women seek to find balance in their roles as wives, daughters and professionals.

Only if there is greater recognition of the challenges in achieving gender parity and its benefits and these become discussion points at the highest levels of an organisation, will barriers be broken.

At the same time, we also need to look at the role that men in our society should play to further advance a ‘female future’. With women already contributing actively to our economy and bringing home incomes to sustain their families in what should be a 50/50 partnership, men should be encouraged to take on more roles associated with the home to further achieve gender balance.

Ms Suharju: Companies need to ensure that there are no preconceived expectations when they hire a woman over a man. By this I refer to stereotypes that women will need more time off due to maternity leave, may not be able to fully dedicate themselves to work due to their roles as mothers, or perhaps even that women are not as assertive as men. In addition, improvements continue to be made towards equal remuneration benefits, irrespective of gender. I am aware of some major corporations in Brunei that extend fewer benefits to women as they are not considered the main breadwinners in a family. At imagine, we ensure equality wherever possible, and benefits are not determined by gender.

Unravel: What steps should companies take to increase the share of women in senior leadership roles?

Ms Suharju: Companies should identify candidates with high potential early and ensure that guidance is provided. What I mean by guidance is enabling them to build confidence. Women, at times, feel very conscious of speaking their minds or showing too many emotions because they fear being labelled in what are traditionally male-dominant environments.

With women already contributing actively to our economy and bringing home incomes to sustain their families in what should be a 50/50 partnership, men should be encouraged to take on more roles associated with the home to further achieve gender balance.

I say, be true to yourself. As a woman, it is okay to speak your mind. In fact, in our organisation, it is encouraged! It is okay to show emotion. As women we have to embrace it, and as women we go through a lot. Society expects a lot from us, as we wear many different hats; and so why shouldn’t it be okay to show emotions? Nobody can be composed at all times. I am a firm believer of speaking my mind. Having said that, I am also a firm believer that there are a million different ways of saying the same thing.

Unravel: According to McKinsey, $4.5 trillion could be added to Asia-Pacific economies by advancing women’s equality, or 12% above business-as-usual GDP by 2025. Are we seeing recognition of this? And do you think women bring a different approach to leadership?

Ms Suharju: While statistics and studies show the greater benefits of embracing gender parity, I think more exposure is needed on this front. Many people are not aware of the benefits of diversity in leadership groups. The lack of gender parity stems from either stereotypes that exist at organisations, or one’s beliefs and traditions. Only if there is greater recognition of the challenges in achieving gender parity and its benefits and these become discussion points at the highest levels of an organisation, will barriers be broken.

Coming to your questions around leadership. Women, in my view, certainly bring a different approach to leadership. We are just as concerned about meeting the bottom line as men, and ensuring an organisation is successful. We are also able to articulate our thoughts and ideas concisely and know how and when to speak since we can usually read a person’s behaviour and adapt the ways in which we respond. And because we have to juggle so many things, most women have a ‘can do’ attitude and are able to plan better and multi-task. This certainly is the approach that I take. Although there are days when I am ‘not winning’ it all, I sure do try!

In my view, successful women in leadership roles have similar traits. We view work in a more holistic way, in that both our personal and professional lives are intertwined. We have self-confidence in our abilities and we are naturally empathetic. This allows us to understand what motivates and drives people to do better, and to ensure that the organisations we steer are successful. 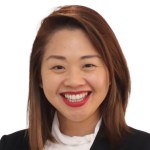 Suzanna Suharju is the CEO of Imagine Sdn. Bhd and is one of the few women in a leadership role in Brunei. Suzanna was appointed as CEO at a crucial time in Brunei’s telecommunications industry that underwent a significant transformation in 2019. She led the organisation and navigated it towards a more competitive environment. In tandem with demands of the competitive market, Suzanna promotes a vibrant working culture where she emphasises on creativity and openness throughout the organisation.