Blockchain’s transparent and decentralised system of storing data has the potential to both increase efficiency and restore trust. Photo by Pete Linforth from Pixabay.

Exacerbated by the rise of digital technologies, misinformation is affecting countries across the world. These maladies were made increasingly visible in the highly polarised landscape of the US, particularly in the lead up to the Presidential election and after.

The US is now faced with the need to address domestic schisms and repairing geopolitical ties, much like the rest of the world. The US remains in the throes of a public healthcare crisis that has been amplified by existing undercurrents of misinformation and its damaging effect on society.

Southeast Asia has shown its share of symptoms. At a time when unity is crucial in the fight against COVID-19, the internet’s echo chambers and alternative facts are eroding trust in institutions, science and communities.

Problems compounded by digital technology need equally smart digital solutions to counter them. The new US administration has realised the need for innovative approaches, appointing experts to advise on how emerging technologies can be used as a force for good.

Biden has chosen to appoint Gary Gensler, a professor at MIT’s Sloan School of Management with a focus on blockchain and financial technology, as his administration’s Securities and Exchange Commission chief. Gensler has previously referred to blockchain and its associated technologies as a ‘change catalyst’, signalling its broader potential in the eyes of the new administration.

While Biden’s other picks such as Treasury Secretary Janet Yellen have taken a more critical view of the technology due to an emphasis on its use of cryptocurrencies, to narrow one’s view to that, would be shortsighted.

Blockchain has features that make it distinctly suited to combatting many of the challenges we face today. As a decentralised, digital ledger that holds records in a secure and transparent way, each record exists on all computers across the system and is therefore virtually impossible to retroactively alter or hack. Beyond cryptocurrencies, it is also used in finance, digital identity, and supply chain systems – and some of its most exciting applications are taking place here in Southeast Asia.

Blockchain is yet to be meaningfully integrated into any US government programmes. However, its adoption by Mr Biden would push the technology into the limelight. And importantly, its efficacy could be the litmus test that proves its value beyond the US.

Transparency, traceability and immutability make blockchain a valuable tool in combatting the challenge of alternative facts and re-establishing a baseline for ‘truth’. MIT has found that fake news travels faster than truth across the web, thanks in part to the internet’s echo chambers. US-based social media giants have so far shied away from policing their platforms, leaving the truth up for grabs.

In an international context, the threats of being forced to shut shop or comply with requests from local governments make the ‘truth’ murkier than ever. Unverified information and hoaxes are rampant in Southeast Asia, with WhatsApp and Telegram platforms of choice for spreading misinformation. For example, in the earliest days of the coronavirus, Indonesia’s Communications and Information Ministry identified almost 60 hoaxes being disseminated across social media platforms and messaging apps. Alongside imbalanced digital literacy and poor content verification best practice among new digital users, the region faces the additional challenge of fragmented digital infrastructure. With varying levels of digital connectivity, access to reliable information is inconsistent. Added to this is the complexity of creating a streamlined approach to misinformation across numerous countries.

Unlike a government or a company, a blockchain has no agenda or bias. Blockchain could be used to verify the authenticity of information and sources on the internet, enforce accountability on outlets and provide an impartial route to the truth. This could have a huge effect on the media landscape and curtail the spread of fake news.

It is clear that allowing governments to police their version of the truth is equally damaging to democratic integrity. Blockchain’s transparent and decentralised system of storing data could provide an apolitical framework to validate facts, removing the need for legislation around fake news.

The New York Times’ New Provenance Project is already developing a solution that stores contextual metadata about photos and videos to confirm its origin, ensuring content is produced, distributed and consumed in an immutable way. Media outlets in Southeast Asia should be watching this particular pilot carefully. Although early days, blockchain’s ability to effectively authenticate news should be seen as a promising boost for channels supporting accountable and reliable journalism.

An objective arbiter of truth is particularly valuable in Southeast Asia where a number of governments have experimented with ways of keeping the truth in check. Unlike in the US where alternative facts ran amok under President Trump, numerous governments in the region have trialled legislation to combat fake news and misinformation in response to the avalanche of inflammatory information online.

However, many of these provisions have overreached, stifling political criticism. During 2020’s lockdowns, President Rodrigo Duterte of the Philippines arrested several social media users for voicing concern against the government’s management of COVID-19. Similar human rights abuses were also carried out in Cambodia under the guise of stopping the spread of misinformation while Myanmar is cracking down on internet freedoms.

It is clear that allowing governments to police their version of the truth is equally damaging to democratic integrity. Blockchain’s transparent and decentralised system of storing data could provide an apolitical framework to validate facts, removing the need for legislation around fake news.

Blockchain’s transparent yet secure nature has a great deal of potential beyond countering misinformation. The UK has already introduced blockchain as part of the NHS’s immunisation programme to ensure vaccines are stored and transported to vaccine centres at the correct temperatures.

Unlike the US and the UK, the fragmented Southeast Asia region does not have the same ability to roll out a centralised programme. Some Southeast nations, however, are looking to pioneer a set of open-source standards that could be adopted across the region. Singapore, for one, has developed its HealthCerts programme – a blockchain-based digital scheme for issuing COVID-19 test results and proof of vaccination certificates in line with international standards.

Fake news travels faster than truth across the web, thanks in part to the internet’s echo chambers. US-based social media giants have so far shied away from policing their platforms, leaving the truth up for grabs.

However, the success of the region’s response will only be as good as its weakest link. Eliminating COVID-19 will require all countries to come together to coordinate effective virus management, vaccinations and border controls. All the more reason to integrate blockchains now to create an efficient and decentralised transnational system.

One distinctly Southeast Asian issue is the need to verify COVID-19 merchandise. The UNODC has found striking trends in Southeast Asia where darkweb forums have begun offering COVID-19 merchandise, including fraudulent vaccines and falsified negative test result certificates. In this instance, blockchain could be used end-to-end – to authenticate the manufacturer and source of the vaccine, track its journey to the patient, and finally, to act as a digital passport to prove that a person has been vaccinated.

Beyond the reactive uses of blockchain to counter misinformation and manage COVID-19, the technology could be integrated into broader projects to bolster trade and build trust between countries. The testbed for this has been borne out of the response to increasing levels of cybercrime. As more companies shift to online business, cyber-attacks are becoming increasingly targeted and sophisticated. Companies in Asia are now shifting to blockchain to remedy the surge in internet piracy. Their successes here bode well for blockchain and its use as a trustworthy and transparent intercessor of trade.

This is especially relevant in light of new trade deals such as the Regional Comprehensive Economic Partnership (RCEP). The success of the RCEP, which essentially seeks to eliminate tariffs, will be dependent on compliance with a key component in the pact: establishing that the goods originated in the region.

Blockchain’s distributed digital ledger could be the backbone of the RCEP by providing a system to log and track all compliant goods. As regional trade becomes even more central to Southeast Asia, leaders must consider how new technologies can boost efficiencies and build trust between countries. Crucially, future trade deals should be designed with new technologies at their centre, as opposed to being integrated as an afterthought.

At a time when truth and reliability are paramount, blockchain technology presents a host of opportunities and applications. Countries and leaders that make bold choices today could be the ones benefiting from efficient systems and restored trust tomorrow. 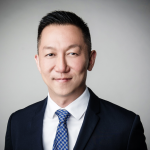 Danny Phan is the chief strategy officer of Wachsman and managing director of Wachsman Singapore. Equipped with over 20 years of experience across Asia-Pacific and the US, Danny is an award-winning communications consultant, having advised some of the world’s largest tech companies on policy and regulatory communications, including Southeast Asian ride-hailing giant Grab, American online marketplace Airbnb, and the Asia Internet Coalition. Danny has received multiple accolades, recognised as ‘Young PR Professional of the Year’ at the Asia-Pacific PR Awards and included in Campaign Asia's ‘40 under 40’.