We speak with the head of the geo-technology practice at Eurasia Group about assertive governments, the pressures on tech companies around data security and privacy, and increased regulatory scrutiny
13.10.2020
An interview with
Paul S. TrioloPractice Head, Geo-technology at Eurasia Group

President Trump with President Xi at the start of their bilateral meeting at the 2019 G20 Japan Summit in Osaka, Japan. Big tech companies are increasingly finding themselves on the wrong side of geopolitical tensions. Photo: The White House from Washington, DC / Public domain.

As episode after episode of the US-China tech war plays out, one thing is clear: The ramifications of their governments’ actions—and those of other governments globally—will be felt far and wide.

They arguably already are. While Chinese companies are facing the full force of US ire at the moment, western tech firms could in due course face the wrath of retaliatory measures from China, which hasn’t taken too kindly to the treatment being meted out to its tech champions.

Even domestically, governments are looking to tighten the screws on big tech companies, which are seen as wielding too much power over data and online content with too little accountability.

Unravel spoke with Paul Triolo, Practice Head, Geo-technology at Eurasia Group, about all of this, the intricacies of the geo-technology war, the potential implications of new laws under consideration, and whether big tech companies will get to breathe easier after the US Presidential election later in the year.

Unravel: There are strong concerns around Chinese tech giants’ data security practices, particularly in the US, but also across other countries in the West. In your view, how does this impact China’s continued rise as a tech and cyber power?

Paul Triolo: The concerns around China and data center more on how and under what circumstances the Chinese government would access data held by its tech giants. Some Chinese tech giants operating in developed markets such as Europe claim that they are compliant with Europe’s General Data Protection Regulation (GDPR) law. However, China lacks an independent data protection authority, and it is generally believed that the Chinese government can require companies to turn over certain types of data with little or no oversight, beyond normal law enforcement types of requests.

While China has made considerable progress over the past four years in developing its domestic data governance framework under the 2017 Cybersecurity Law, western regulators are increasingly concerned that China’s legal and political system does not provide the types of safeguards around government access to data that exist in western countries. This means that western regulators will be taking a much closer look at the data practices of Chinese tech companies operating outside of China in 2021. And this will eventually have a major impact on the ability of those companies to operate in western markets, with the possibility of major restrictions being considered.

In the US, the actions against TikTok and WeChat suggest that the US government will no longer tolerate any Chinese company having unrestricted access to the personal data of US citizens, and will seek novel ways to require local storage of data and some oversight over how a Chinese or Chinese-invested company handles US origin data.

Unravel: Do you think increased Chinese aggression across different fronts in recent months has dented its chances of being a reliable tech partner for nations across the world?

Mr Triolo: The actions of the Chinese government over the past several months have raised specific types of concerns for western governments that could impact how China is viewed by technology companies considering investments or cooperation with Chinese firms. This is particularly the case in Hong Kong, where many western technology companies are considering alternative locations for data centres and other operations, following the passage of the National Security Law.

It is generally believed that the Chinese government can require companies to turn over certain types of data with little or no oversight, beyond normal law enforcement types of requests.

But Chinese technology companies operating globally, particularly in developed markets, where their products and services will continue to be in demand, and even more so in the wake of the pandemic, will not be significantly impacted. In developed markets, such as in some countries in the European Union, China’s foreign policy choices have already impacted overall receptivity to Chinese investment and company participation in key sectors, including in technology-driven sectors such as telecommunications.

Unravel: Given the actions against Chinese tech companies, how likely are countermeasures by China? In terms of placing pressure and various conditions on US tech majors present in the country? Or on other companies such as Ericsson, for example, that have steadily built a decent presence in China?

Mr Triolo: US tech majors with a major presence in China could become targets of measures such as Beijing’s ‘Unreliable Entity List’. But Beijing will be very careful in using such instruments, and eager to minimise impacts on the business community in China. In response to further US restrictions on Chinese technology companies (such as placing major firms on the US Entity List), Beijing is likely to react with select use of its unreliable entities list, launching of anti-trust actions, dragging out regulatory approval for major mergers and acquisitions, and slowing procurement that could impact western tech firms.

In the case of Ericsson, while the firm has won some limited contracts for 5G, Chinese telecommunications companies continue to favour domestic players. Beijing will likely continue to restrict the overall participation of western vendors such as Ericsson and Nokia in 5G deployments, particularly for core networks or industrial internet systems.

Beijing is likely to react with select use of its unreliable entities list, launching of anti-trust actions, dragging out regulatory approval for major mergers and acquisitions, and slowing procurement that could impact western tech firms.

Unravel: Can you tell us the implications of ‘Direct Product Rule’?

Mr Triolo: While the full implications are not clear, the new foreign direct product rule issued by the Commerce Department in full detail in August means that any semiconductor firm manufacturing products that they are aware are destined for Huawei or a Huawei affiliate, will require a license.

The biggest impact so far is that Huawei’s major partner in Taiwan, TSMC, has cut off all commercial relationships, severely impacting Huawei’s consumer and 5G infrastructure product lines. Huawei has stockpiled semiconductors in anticipation of the cut-off, but will begin to run out of stock early next year. Most importantly, Huawei will now be unable to produce the most advanced semiconductors it needs to remain competitive at the cutting edge of both smartphones and 5G infrastructure.

Other companies have also stopped shipping products to Huawei, although a number are applying for licenses to the US Commerce Department. The move has sent broader ripples through China’s ICT industry, as the rule could be applied to other Chinese firms already on the Entity List.

Unravel: What are your views on the Global Data Security Initiative (GDSI) backed by the Chinese government? Do you see it yield any positive results?

Mr Triolo: China’s principles under the GDSI may gain support from some members of the Shanghai Cooperation Organization (SCO), such as Kazakhstan, Kyrgyzstan, Russia, Tajikistan and Uzbekistan. But without backing from more influential countries, China’s ideas are unlikely to gain a critical mass of support at international bodies such as the UN or recognition in important overseas markets for Chinese tech firms. Major countries including the US blocked a previous Chinese proposal, the SCO-backed international Code of Conduct for information security in the UN General Assembly First Committee, which they viewed as attempting to justify greater state control over internet governance and online content.

Unravel: Would it be fair to say nations are becoming more assertive and looking to exercise greater control over companies? Do you expect to see this more frequently, and across other countries as well?

Mr Triolo: Yes, governments in many countries are eager to enhance regulations governing particularly large technology platforms, which they believe wield too much power over data and content. The EU is working on a new Digital Services Act, which would both foster innovation and competition in the European online space, and include enhanced regulation of large US platforms. The EU is also attempting to tackle issues such as a digital tax, and the regulation of online content around disinformation and hate speech. In the US, large technology companies face increasing pressure around anti-trust issues, data privacy and online content. Similar discussions are happening in major markets such as India.

Governments in many countries are eager to enhance regulations governing particularly large technology platforms, which they believe wield too much power over data and content.

Unravel: Disinformation and manipulation are key concerns around the world, with social media having become a powerful tool with the ability to influence elections. Do you think our governments/ regulators are equipped well enough to design effective laws, or will the burden continue to fall on the likes of Facebook and Twitter to self-regulate?

Mr Triolo: The major tech platforms are under increasing scrutiny from US policymakers, including Attorney General (AG) Bill Barr and multiple members of Congress. Lawmakers’ concerns range from market concentration that is allegedly harming consumers and limiting speech, to the platforms’ immunity—under Section 230 of the Communications Decency Act—from liability for speech that takes place on their platforms. Although lawmakers in both parties are interested in Section 230 reform, they disagree on the nature of the problem, with Republicans generally more concerned about perceptions of anti-conservative bias and Democrats generally more concerned that the big platforms are not doing enough to address the spread of disinformation, hate speech or other problematic content.

Should Trump win re-election, we expect Barr to stay on as AG and the existing cases focused on content and alleged censorship of partisan views to move forward. Barr has stressed that under the current social media and search frameworks, US users are “getting increasingly monolithic viewpoints being presented to the American people rather than robust debate”.

More populist members of Congress like Republican Josh Hawley would prefer a stronger government hand in regulating technology companies. Hawley has proposed intrusive restrictions that get at the functionality of infinite scroll, for example. But Barr, a former corporate lawyer, appears likely to seek more limited remedies.

These concerns are also likely to continue into a potential Biden administration. Biden has criticised some social media platforms over content handling and proposed a minimum federal tax targeting companies such as Amazon. However, several Biden tech policy advisors are likely to have done rotations from the Obama administration into Silicon Valley and back to his administration. They will likely clash with more activist and tech-sceptical liberal advisors who have emerged as prominent academic critics in left-leaning think tanks, and in the policy world of Democrat Senator Elizabeth Warren. We expect this group to quickly ramp up development policy frameworks around key issues such as content and anti-trust, putting pressure on the administration to consider a more activist policy. 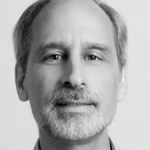 Paul leads the Geo-technology practice at Eurasia Group, focusing on global technology policy issues, cybersecurity, internet governance, ICT regulatory issues, and emerging areas such as 5G deployment, automation, artificial intelligence, greentech, and fintech and blockchain. Prior to joining Eurasia Group, Paul served in senior positions within the US government for more than 25 years, focusing primarily on China’s rise as a science and technology (S&T) and cyber power, and has provided analytic support to the President and senior policymakers. Paul was named as a Senior Advisor on Technology for the Paulson Institute this year. He is also a China Digital Economy Fellow (non-resident) at New America. Paul is quoted frequently in the media on global tech issues, and US-China trade and technology competition.

Where now for China’s Belt and Road Initiative?

The growing acceptance of crypto-assets

Asia’s tech embrace and the promise of prosperity

Using technology for good in Cambodia

The state of global freedom