Home Technology & Digitalisation Beyond connectivity: the evolution of mobile carriers

Beyond connectivity: the evolution of mobile carriers

The role of a telco is quickly evolving and becoming more central in many aspects of our lives, beyond just communications. Photo by Shutterstock.

In what almost feels like a ‘once upon a time’ era, voice and text services were a telecom operator’s revenue mainstay. But how things have changed. And rapidly.

Faster data transfer speeds have transformed lives, the role of the mobile phone and—lest we forget—the role of a telco, which seemed to have taken a backstage role as an enabler.

Almost every form of communication, digital entertainment, or service, is now accessible or available via a mobile handset that is internet-enabled. This means that thanks to advances in mobile internet—which has gone hand in hand with the increasing sophistication of device hardware—the smartphone has become central to almost everything we do.

Take for instance over-the-top (OTT) communication services—such as the likes of Apple’s FaceTime, Google Hangouts, Microsoft Skype, Tencent’s WeChat, or Facebook’s WhatsApp—that have revolutionised communication. Or for that matter a plethora of OTT media streaming services such as Netflix, Prime, Disney+ or HBO GO. For many around the world, it is hard to imagine life without all of this. (For many teenagers, there hasn’t been a life without these services).

Where are the revenues?

One cannot be blamed for intuitively assuming that all of this has meant more revenues for telcos, but life hasn’t been that simple. Increased data consumption hasn’t resulted in a similar increase in revenue. In most markets, while the growth in data usage has been nothing short of spectacular, telco revenues from data haven’t grown at nearly the same pace.

To support higher data consumption, telecom operators have started banking on content and investing in it. Many telcos believe this strategy will boost customer acquisition and reduce customer churn.

The lines between different areas of communication, entertainment, productivity and work are blurring and no telco can afford to not think about all of them.

In a report recently published by DOCOMO Digital, Jeff Kagan, an independent wireless, telecom and technology industry analyst, consultant and bestselling author, says: “I think for the foreseeable future, streaming is going to be on the radar; it’s going to be available in the marketplace, and you’re going to see an increasing number of competitors.”

Given the centrality of the smartphone in day-to-day life, forays are also being made into a range of other services such as health, education, various aspects of productivity, and location-based services including retail and travel.

It takes two to tango

Digital services wouldn’t have blossomed and grown with the swiftness they have if hardware development hadn’t kept pace. Fortunately for the telcos, it has.

The smartphone is now no longer a luxury and penetration is high. The affordability of the smartphone—thanks to the proliferation of android-based devices—is no longer a constraint and today, there’s something available in the market for everybody.

Two in three people worldwide own a mobile phone now. There are about 5.3 billion mobile phone users, and of this number, about 4.4 billion are mobile internet users. On average, this subset spends 3 hours 39 minutes on the internet daily.

Even more importantly for telcos and all other players in the ecosystem, it is estimated that by 2025, 72% of all internet activity will come entirely from smartphones. It is where revenue growth is.

Into the unknown: telcos of the future

The lines between different areas of communication, entertainment, productivity and work are blurring and no telco can afford to not think about all of them.

Telcos associated with new projects have taken the leap of faith and made investments. But others are going to lean towards a slower approach. The outlook for telcos is positive, so long as they are willing to adapt and shift focus from connectivity alone.

We are already witnessing change in how certain carriers are heeding to these calls for change and adapting. They are pioneering convergence 2.0 to provide vital digital services, diversifying their revenue streams in the process.

In the coming years, we expect this trend to accelerate, with telcos actively focused on innovating or partnering in the areas of content creation and streaming, mobile commerce, health, education, productivity, and home automation (on the consumer side).

The telco of the future will perhaps look very different from what it does today. Will we even think of them as telephone companies anymore? Or will we see them as nebulous organisations that offer communications, entertainment, network, and media products and services and a lot more? It is anyone’s guess.

This article is based on a recently published whitepaper titled Crossing the chasm: Mobile carriers accelerate digital services play. 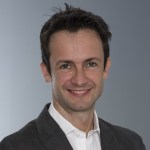