Geopolitical tensions have raised the prospect that strategic competition and national security concerns may trump the shared economic benefits of global trade.

Interdependencies between economies mean that such a prospect would be very costly, especially for Asia. For example, about half of the imports in the United States and a third in Europe come from Asia. And, in turn, Asian countries account for almost half of global demand for key commodities.

In our latest Regional Economic Outlook for Asia and the Pacific, we document worrying early signs of fragmentation and provide evidence of the potential consequences of dissolving global trade links.

One such sign of fragmentation pressures comes from measures of trade-policy uncertainty. This measure spiked in 2018 amid tensions between the United States and China, which have increased again amid Russia’s invasion of Ukraine as sanctions on Russia created uncertainty around future trade relations.

Even without actual restrictions, policy uncertainty related to trade can worsen economic activity as firms pause hiring and investment, and new firms may decide to postpone entry into a market.

Our analysis shows that a typical shock to trade policy uncertainty, like the 2018 buildup of US-China tensions, reduces investment by about 3.5% after two years. It also decreases gross domestic product by 0.4% and raises the unemployment rate by 1 percentage point. Not everyone is equally vulnerable, however.

The effects on investment are even larger for emerging markets and more open economies, and for firms with high debt. Corporate debt has increased significantly in Asia since the global financial crisis—spiking further in the wake of the pandemic—suggesting that higher trade policy uncertainty could prove to be especially damaging for the region.

As bad as these effects are, losses would be even greater under actual fragmentation. Against the backdrop of tepid productivity growth around the world, and given the importance of trade in particular for Asia, we estimate the output losses from trade fragmentation due to lower productivity. Admittedly these losses represent a lower bound, as they don’t account for channels such as the effects of a lower capital stock due to diminished investment and the potential disruption to knowledge flows.

The fragmentation scenario we model is one where trade is cut off between trading blocs in sectors that have recently seen an increase in restrictions, like energy and technology, and where non-tariff barriers in other sectors are raised to Cold War-era levels. To do this, and for purely illustrative purposes, we divide blocs along the lines of the March 2022 United Nations General Assembly vote demanding Russia end its invasion of Ukraine.

If only Russia is isolated from countries which voted in favour, output losses for the world economy are small. However, losses become significantly larger under more adverse scenarios such as where the world divides into two blocs, with trade restricted between countries in favour and those against or abstaining. Permanent global annual losses are estimated at 1.5% of GDP, with larger losses in Asia and Pacific countries at over 3% of GDP, reflecting the key role trade plays in the region. Losses are larger in countries where trade with the other bloc is significant, due to a loss of export markets and splintering of complex production networks.

As trade unravels and specialisation is unwound, there would be severe implications for labour markets. In those sectors forced to contract due to higher trade restrictions in this illustrative scenario, average employment losses in Asian countries are estimated to be as high as 7%.

These results focus on trade and ignore any effects from the potential unravelling of financial ties, which, as we document in the chapter, are also very deep. Financial fragmentation may lead to short-term costs from a rapid unwinding of financial positions, and long-term costs from lower diversification and slower productivity growth because of reduced foreign direct investment.

Our work shows that the stakes are high. Policymakers from Asia and beyond need to act to avoid the adverse effects from greater fragmentation and to ensure that trade remains an engine of growth.

Rolling back damaging trade restrictions and reducing uncertainty via clear communication of policy objectives should be a priority. Complementing regional agreements with reforms at the multilateral level, while also restoring a fully functional World Trade Organization dispute settlement system, can not only mitigate potential negative impacts of discriminatory policies on other trading partners but also help resolve some of the underlying sources of tensions.

Above all, however, engagement and dialogue between countries will be vital to avoid the most harmful fragmentation scenarios. 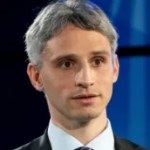 Economist at the International Monetary Fund

Diego Cerdeiro is an economist at the IMF, currently working in the China division of the Asia and Pacific Department. He has done research on international macroeconomics, international trade, and network theory.

Economist, Asia and Pacific Department at the International Monetary Fund

Siddharth Kothari is an economist in the IMF’s Asia and Pacific Department, where he covers Australia as well as broader regional developments as part of the Regional Studies division. His main research interests are in macroeconomics and development.

Chris Redl is an economist in the Asia Pacific Division at the International Monetary Fund where he contributes to the IMF’s Regional Economic Outlook for Asia and the Pacific. His research has focused on exchange rates, the measurement and impact of economic and political uncertainty, and economic forecasting using non-traditional data such as text.