As ASEAN turns a year older, it is essential the grouping is not defined by its challenges, but by its responses to them
10.08.2021
Pushpanathan SundramCEO of PublicPolicyAsia Advisors & former Deputy Secretary-General of ASEAN for the AEC

Flags of ASEAN countries and the ASEAN Economic Community. Photo by Shutterstock.

ASEAN celebrated the 54th anniversary of its founding on 8 August. This is the second year in running that the regional grouping has observed its birthday in the shadow of the COVID-19 pandemic.

The uncertainty the region faced during its last anniversary in 2020 has given way to hope, with the region coping better with the pandemic. The availability of more public information, science, health protocols, international cooperation and vaccines have helped ASEAN cope with the situation better. But the region is still not out of the woods as COVID-19 variants have emerged, hampering the efforts of the member countries to recover quickly from the situation and focus on their economic growth.

Complicating this picture is the intensifying great power rivalry and the territorial dispute in the South China Sea, which will impact the peace and security of the region.

ASEAN’s centrality is also at stake with the Indo-Pacific concept advocated by the Quad comprising the US, India, Japan and Australia.

Adopting the code of conduct will provide the much-needed arrangement to resolve disputes in the resource-rich South China Sea. ASEAN sees the South China Sea as a critical sea lane for the free flow of merchandise trade where differences and disputes are settled through peaceful means and where the rule of law is fully adhered to.

As for the Indo-Pacific strategy, ASEAN has issued its own outlook on the Indo-Pacific.  However, it hasn’t arrived at a coherent view on the subject, partly due to the pressures asserted by external powers. Going forward, ASEAN will have to stay united and be in the driver’s seat in managing the Indo-Pacific strategy’s possibilities and vulnerabilities, taking into account ASEAN principles, values and norms that helped the region engage its external partners productively for the past 40 years.

ASEAN has managed myriad challenges reasonably well while addressing the pandemic. However, it is essential that ASEAN is not defined by its challenges alone but by its responses to these challenges.

The February military coup in Myanmar and the unfolding situation in that country also need the urgent attention of ASEAN as it could engulf the region, affect its credibility and the future direction of the ASEAN Community. The Five-Point Consensus adopted by the ASEAN leaders in April 2021 to de-escalate the situation in Myanmar needs to be pursued vigorously.

The recent appointment of Brunei’s second foreign minister, Erywan Yusof, as the special envoy of ASEAN to pursue the Five-Point Consensus and help end the crisis is a welcome move after initial delays. However, opening the dialogue between the military rulers and their political opponents will not be easy. The special envoy will have to gain access to all concerned entities in the Myanmar political system and win their trust and confidence. Hopefully, the Myanmar military ruler Min Aung Hlaing’s announcement of his readiness to work with the special envoy and the promise of new multi-party elections after lifting the state of emergency by August 2023 will help the situation.

Returning to the COVID-19 situation, ASEAN has recognised that addressing the pandemic goes beyond establishing the ASEAN COVID-19 Response Fund and having sufficient medical supplies. Accordingly, it has adopted a multi-pronged strategy for regional recovery through the ASEAN Comprehensive Recovery Framework (ACRF) and its Implementation Plan was adopted by ASEAN leaders last November. The ACRF covers enhancing health systems, strengthening human security, improving economic integration, and accelerating digital transformation while working towards a sustainable and resilient future. The essence lies in the full participation of all the members in the implementation of the ARCF while they continue to address their respective domestic priorities.

The pandemic and its disruptions have indirectly resulted in the accelerated adoption of digitalisation in Southeast Asia, at an unprecedented speed and scale. The e-commerce market grew by 63% between 2019 and 2020, amounting to US$62 billion. Online shopping is the new norm and is expected to grow by another US$100 billion in Southeast Asia, according to some estimates. This holds great economic potential for ASEAN in the future. However, with digitalisation, the issue of the digital divide also comes to the fore, as all ASEAN countries don’t have the same  infrastructure quality and capacities required to leverage digital technologies and solutions. This is an area for ASEAN to address.

ASEAN will have to stay united and be in the driver's seat in managing the Indo-Pacific strategy's possibilities and vulnerabilities, taking into account ASEAN principles, values and norms that helped the region engage its external partners productively for the past 40 years.

And finally, keeping trade open and supply chains connected will help ASEAN recover quickly from the pandemic. The Regional Comprehensive Economic Partnership (RCEP) carries the hopes and expectations of many as ASEAN plugs itself deeper into the global value chain for manufacturing and services. RCEP will support multilateral trade and deepen the existing trade agreements between ASEAN and its trade partners China, Japan, South Korea, Australia and New Zealand. The agreement is expected to come into force in January 2022 after six ASEAN member countries and three ASEAN FTA partners ratify the agreement.

Thus far, ASEAN has managed myriad challenges reasonably well while addressing the pandemic. However, it is essential that ASEAN is not defined by its challenges alone but by its responses to these challenges. For ASEAN to come out well, it has to stay united, maintain its centrality in addressing the multi-faceted challenges it is faced with, and stay open to the world in terms of trade and economic connectivity. 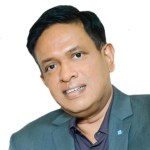 Pushpanathan Sundram has more than three decades of experience working in the highest levels of government, international organisations and the private sector. He was the Deputy Secretary General of ASEAN (Deputy Minister) for the ASEAN Economic Community (AEC) from 2009 to 2011. He also served in several senior positions in the ASEAN Secretariat from 1997-2008 which included Principal Director of the Bureau of Economic Integration and Finance; Director of External Relations and Special Assistant to the Secretary General of ASEAN. He was instrumental in the development and implementation of the first AEC Blueprint and the first Master Plan on ASEAN Connectivity.