Home Globalisation & Geopolitics As China flexes its muscles in the Indo-Pacific, Canada and Australia must step up

China is posing many challenges to the Indo-Pacific region in 2022. How should Canada and Australia respond?
26.07.2022
Margaret McCuaig-JohnstonSenior Fellow, Graduate School of Public and International Affairs, University of Ottawa
John GarrickUniversity Fellow in Law, Charles Darwin University

China's influence in the Indo-Pacific is growing rapidly. Photo by David Yu from Pixabay.

Neither Canada nor Australia currently has a comprehensive strategy for the Indo-Pacific region. But it’s essential that both develop one given the rapidly evolving environment in the area.

First, NATO recognised the importance of the region at its June 2022 summit in Madrid, and second, it named the People’s Republic of China as a challenge to the alliance’s interests, security and values.

Canada is a NATO member, and Australia is an “enhanced opportunities partner” along with Japan, Korea and New Zealand. How middle-power countries like Canada and Australia respond to these challenges and contribute to NATO’s new “Strategic Concept” — the alliance’s plan to deal with ongoing risks — will be vital.

Both countries have relied to date on news releases, ministerial statements and readouts to convey their approach to the Indo-Pacific. Now they must map out more authoritative and detailed Indo-Pacific strategies.

Indo-Pacific nations have been watching with concern as North Korea dramatically increased its missile testing. Chinese aggression has also intensified in the South China and East China Seas, including over-fishing and military muscle-flexing.

In late May, in separate locations, Chinese fighters aggressively intercepted Australian and Canadian maritime patrol aircraft in the western Pacific.

China has also made its intentions in the South Pacific clear by announcing a supposed security agreement with the Solomon Islands and attempting to co-ordinate a new region-wide security arrangement, including policing and cybersecurity.

Although the security arrangement wasn’t accepted by the Pacific Islands Forum, the Chinese Foreign Ministry has declared its determination to continue to pursue these goals. The U.S. is becoming more engaged as a response.

Australia’s Foreign Minister Penny Wong recently referred to “strategic equilibrium” when calling on China to show restraint in its dealings with smaller countries, and to use its influence over Russia to end the war in Ukraine.

At the same time, countries that have experienced Beijing’s trade coercion and hostage diplomacy are now seeking to deepen relations with countries other than China in the Indo-Pacific region.

Against this backdrop, it’s surprising that neither Canada nor Australia has a comprehensive, coherent and up-to-date Indo-Pacific strategy.

Australia’s approach is based on an amalgam of policies, including a 2017 foreign policy white paper that has a section referring to the Indo-Pacific, a 2020 Defence Department update and various ministerial announcements and news releases.

Policy examples include the Quadrilateral Security Dialogue also involving the U.S., Japan and India (known as the Quad), the controversial AUKUS agreement, Australia’s membership in the Pacific Islands Forum and Prime Minister Anthony Albanese’s statement at the Madrid NATO Summit.

Canada has also relied on ministerial statements, readouts and news releases to demonstrate its commitment to the Indo-Pacific. However, since November 2019, Justin Trudeau’s government has been developing an Indo-Pacific strategy involving consultations with several countries in the region and engagement across federal government departments to ensure an “all-of-government approach.”

Similarly, in December 2019, Canada announced it would also develop “a new framework for Canada-China relations.”

No substance from Canada

But a year later, François-Philippe Champagne, the foreign affairs minister at the time, said there would be no document, describing the framework as comprising a “challenge, coexist, compete” approach.

In Parliament, he said the following:

The final point was meant to argue that all liberal democracies had a stake in the plight of Canadians Michael Korvig and Michael Spavor, known as the “two Michaels,” who returned to Canada in 2021 after spending more than 1,000 days detained in China.

But in our view, as scholars of policy and legal frameworks, taglines do not make a China framework.

If Canada continues to express its Indo-Pacific strategy via ministerial statements — as has been discussed within government, according to an internal source of ours — it would fall far short of what Canadians and Indo-Pacific nations need and deserve.

Given the fate of Canada’s China framework and the apparent lack of urgency in developing a Canadian national security strategy, it’s concerning that there’s apparently still no comprehensive strategy for the Indo-Pacific.

An Indo-Pacific Advisory Committee was appointed in June 2022, further delaying the process. This risks disappointing partners in the region who have expected a strategy for years and could result in lost opportunities, including collaborations on trade, security, technology, population health, research and development, sustainable fisheries management, tourism and higher education.

It’s in Canada’s interests to play a substantive role as a regional partner, not just an occasional visitor.

Similarly, Australia’s newly elected Albanese has identified key themes, including creating a “strategic equilibrium,” recognising that countries will make their own sovereign choices, working with trusted friends and partners, being resolute in defending democracy and upholding core values of fairness.

These are good starting points for a framework. The Albanese government is seeking to take a fresh approach to the region, but it will need to expand these broad political ideals beyond news releases and rhetorical flourishes.

As with Canada, the challenge is to develop comprehensive, integrated Indo-Pacific strategies addressing the real risks to regional peace and security.

While Canada and Australia strive at diplomatic levels to reset their China relationships, their Indo-Pacific strategies must, at the same time, explicitly recognise the significant risks China is posing.

Using co-ordinated middle-power strategies to stabilise relations and to encourage China to demonstrate restraint in exercising its power, especially with smaller countries in the region, is a useful first step.

But comprehensive strategies are now imperative to navigate the growing challenges across the Indo-Pacific.

When Trudeau and Albanese spoke in May, they “agreed to advance common objectives in the Indo-Pacific region, especially in working with partners and allies to promote security and uphold democratic values … and to work together to advance shared priorities.”

To support these shared principles, substantive strategies will be essential. 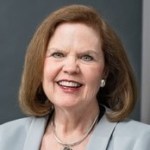 Margaret McCuaig-Johnston is Senior Fellow with the Graduate School of Public and International Affairs at the University of Ottawa. She is also a Senior Fellow in the Institute for Science, Society and Policy at the University of Ottawa where she is lecturing and writing on China’s innovation policies since 2013. For seven years she was also a Senior Fellow at the China Institute of the University of Alberta where she has published research on China’s innovation system and Canada-China S&T relations. In 2018 she accepted an invitation to be a Distinguished Fellow of the Asia Pacific Foundation of Canada where she has published on China’s incubators for start-up companies, as well as Research Associate at the Center for China Innovation Research & Training at Duke University in Kunshan. Margaret’s op-eds and interviews have been published in the Washington Post, the Washington Times, the Globe and Mail, the Vancouver Star, the Ottawa Citizen, the BBC, CBC, CTV, Global News, Bloomberg NN, and Radio Free Asia among others. 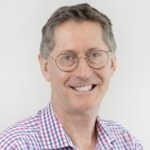