All key signs point to Southeast Asia leading the low-carbon shift, but companies will need to address the issues of lack of time, competence and investment capacity to ensure a successful transition
23.02.2021
Farid BaddacheCEO at Ksapa

For years, the World Economic Forum listed extreme weather events, natural disasters and failure to mitigate climate change as top threats to businesses. Then came COVID-19. And it spread to Southeast Asia – one of the world’s regions most vulnerable to climate change.

As a direct result of the pandemic shock, Thailand suffered a negative growth rate of 5% in 2020. In Indonesia, the number is 4.6% and in Malaysia, 3.5%. Given this economic downturn and the major costs involved upfront, it may be tempting for Southeast Asian economies to drop low-carbon technologies in their attempts to rekindle growth. Not so in China. The country faces a cold winter and a rapid manufacturing post-COVID recovery, itself driven by massive demand for electronics, protective gear and other goods. That said, any caveat in China’s energy transition pledges would cripple global climate action.

Asia’s share of global greenhouse gas emissions has grown to 45% in the past three decades. There is that much more of an opportunity for the region to drive the global shift towards a low-carbon economy. Here are some key points why impact investment may be harnessed to do just that.

The call to action

Emblematic of a growing maturity around global warming, China announced plans to achieve carbon neutrality before 2060. A linchpin in the global energy transition, China advantageously controls the bulk of production as well as the market for renewables. That said, such a commitment means China would not only need to secure peak CO2 emissions by 2030 but also cut back by more than India’s current level of emissions.

Zero commitments must indeed meet a minimum set of procedural criteria. The prescribed process follows four steps, from pledging to net-zero by 2040 or 2050 to planning short to medium term steps, before proceeding to delivering on these targets and disclosing progress. This baseline allows for commitments to be effectively operationalised. As summarised by Antonio Guterres, Secretary-General of the United Nations, the race to zero starts now. It may only be won if all players join the fight – and ramp up adaptative support for developing states as well.

As businesses address technical challenges such as intermittency and as wind or solar power become cheaper than coal, it will increasingly make business sense to invest in renewables.

The Global Commission on Adaptation produced a global cost-benefit analysis, which concluded investments in climate measures would need to hit $1.8 trillion over the next decade. Given they also stand to generate upwards of $7 trillion in net benefits, Antonio Guterres went on to call governments and development banks to prioritise adaptation and resilience up to at least 50% of their climate finance support by COP26.

An encouraging regulatory and financial landscape

While financial companies and insurers certainly play a key role in directing financial flows towards energy transition, regulators must imperatively step in for them to consider transition risks in their broader management models. Following the Paris Agreement, the Asian Development Bank (ADB) was the first multilateral development bank to commit to double its climate financing. The ADB hit that target a year ahead of time. It also delivered over $6.37 billion in climate finance in 2019, in addition to raising a total of $704.9 million from external resources. Engaging governments, multilateral development banks and the private sector indeed shores up cross-sector buy-in and boosts financial pledges.

On the other hand, China Development Bank is the biggest policy bank in the world, with approximately $2.3 trillion in assets. In 2017 alone, it funnelled $137.2 billion in climate finance, almost ten times more than the World Bank. Unfortunately, it also mimics the Chinese government’s wavering climate promises and, in 2016 and 2017, invested about three times more in coal projects than in clean energy. That said, in China as in India, as businesses address technical challenges such as intermittency and as wind or solar power become cheaper than coal, it will increasingly make business sense to invest in renewables.

Other investment mechanisms are on the rise that effectively multiply financing resources. As we await China’s next move with bated breath, it is perhaps useful to recall that it committed to launching the first phase of a nationwide emissions trading scheme. Its Ministry of Ecology also aims to maximise market mechanisms to reduce GHG emissions.

Other approaches take the form of thematic investment funds and the issuance of bonds. The Hong Kong Branch of Bank of China notably launched the first dual-currency climate transition bond. Issued by a financial institution via public offering, it is the first of its kind to comply with the International Capital Market Association’s Climate Transition Finance Handbook. Finally, new forms of public/private partnerships or blended finance schemes such as risk underwriting, market incentives or guarantees likewise reassure investors as they approach new or developing markets. This ultimately favours the development of new technological solutions capable of accelerating the energy transition.

Undertaking bold energy transition projects requires significant investments, particularly renewable energy production, energy efficiency or product eco-designing. As Southeast Asia so clearly sits at the intersection of global supply chains, it is first in line to improve value chain resilience to the energy transition. By engaging its broad ecosystem of suppliers and subcontractors, the region can hope to achieve greater operational safety amid growing uncertainty.

Asia’s share of global greenhouse gas emissions has grown to 45% in the past three decades. There is that much more of an opportunity for the region to drive the global shift towards a low-carbon economy.

As a result, the energy transition equation could boil down to addressing three chokeholds that typically stall companies. Namely, the lack of time, competence and investment capacity. Businesses must develop financing schemes both adaptable and replicable across the value chain. Do that and you have got yourself a recipe for sustained resilience and impact.

Though the COVID-19 crisis offers a bleak vision of the future, key signs point to Southeast Asia leading the low-carbon shift. This momentum is crucial, as 2021 is bound to kickstart collective climate action. 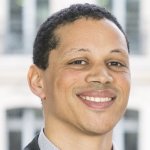 Farid Baddache leads the consulting and advocacy activities of Ksapa, leveraging environmental, social and ethical performance to innovate and improve competitiveness of business operations. He also takes part in the impact investment activities, on subjects such as relations with industrial companies and programme design.

How can Indonesia break its vicious cycle of cheap imports?

How is omnichannel retail turning retail on its head?

Continuing corruption: Profiteering amid the pandemic

Although corruption is endemic, there is still hope