South Korea’s New Southern Policy (NSP) firmly establishes it as a key partner of ASEAN and India, and could widen its engagement across the Asia-Pacific
13.04.2021
Aaron Jed RabenaResearch Fellow, the Asia-Pacific Pathways to Progress & Adjunct Fellow at the University of the Philippines (UP) Korea Research Center (KRC)

The Han River converging in Seoul. South Korea's NSP and NSP-Plus deepens its engagement with the Asia-Pacific region. Photo by Ji-Sun Yoo from Pixabay

If China has the “Belt and Road Initiative” (BRI), India the “Act East Policy,” Taiwan the “New Southbound Policy,” and Japan along with the US and Australia the “Indo-Pacific” Vision, South Korea—under the Moon Jae-in Administration—has the “New Southern Policy” (NSP). The NSP, which was announced in Indonesia in November 2017, is the twin foreign policy project of President Moon together with the New Northern Policy that is geared toward deepening diplomatic and economic engagements with North Korea, Russia, Mongolia and Central Asia. The Policy Information document issued by the Presidential Committee on New Southern Policy specifically cites the Association of Southeast Asian Nations (ASEAN) and India as the geographic scope of the NSP. The same policy document outlines the three pillars of the NSP, that is, “People,” “Prosperity,” and “Peace” which are subdivided into 16 policy tasks.

The People aspect includes two-way travel, people-to-people (cultural) exchanges, advancement of the rights of migrant workers and immigrants in South Korea, human capacity-building, poverty alleviation, and healthcare cooperation. Prosperity encompasses trade (free trade), investment, infrastructure connectivity, fourth industrial revolution cooperation and government support for Korean small and medium enterprises (SMEs). Peace covers peacebuilding efforts in the Korean Peninsula, maritime security, defence industry cooperation, high-level exchanges, terrorism, cybersecurity, natural disasters and climate change. It has been widely argued by many Korean scholars that the strategic rationale for the NSP is to hedge against South Korea’s so-called “Big Four” traditional neighbours and powers, namely, China, Japan, Russia and the US. In fact, President Moon himself had said that South Korea needs to “diversify” its foreign relations. This is not exclusive to South Korea, as other major powers also see ASEAN as a strategic buffer amid great power politics and regional rivalries.

From NSP to NSP Plus

Three years into the NSP, notable gains can be observed. Economically, there was marked expansion in terms of trade, investments, tourism and official development assistance (ODA) to NSP countries. Two years after the NSP was announced, ASEAN-Republic of Korea (ROK) trade volume registered a 37% increase in 2019 ($160 billion). The NSP expects bilateral trade to have reached $200 billion by the end of 2020.

In terms of investment, Korean foreign direct investment (FDI) to ASEAN recorded a 90% increase in 2019 from only $5 billion in 2017. This makes ASEAN consistently South Korea’s third largest overseas investment destination after the US and the European Union. In relation, newly registered Korean enterprises in ASEAN increased by 21.6% (1,393) in 2019. Last year, it was announced that South Korea’s ODA to six ASEAN countries (Laos, Myanmar, Vietnam, Cambodia, Indonesia and the Philippines) will be doubled by 2023 (which was $457.88 million in 2018). As for tourism, Korean tourists to ASEAN increased by 33% in 2019 from 7.8 million in 2017. ASEAN also continues to be the most popular tourist destination for Koreans as of 2019. Conversely, ASEAN tourists to South Korea grew by 28% between 2017 and 2019. With respect to India and South Korea, mutual trade expanded to $21.491 billion in 2018 from $20 billion in 2017. It is aimed for bilateral trade to reach $50 billion by 2030. South Korean FDI investments to India likewise surged to $6 billion in 2019 from only $1.05 billion in 2017. Significantly, in 2019, the India-Korea Startup Hub was launched.

Given these comprehensive engagements, it can be said that ASEAN and India are gradually becoming the additional “Big Two” in South Korea’s foreign relations calculus. Against this backdrop, President Moon Jae-in announced an improved version of the NSP in the form of the NSP-Plus last November.

President Moon himself had said that South Korea needs to “diversify” its foreign relations. This is not exclusive to South Korea, as other major powers also see ASEAN as a strategic buffer amid great power politics and regional rivalries.

These could not have come at a more opportune time given the post-pandemic recovery and economic reconstruction. As South Korea has no great power ambitions, it can be said that the NSP-Plus is consistent with South Korea’s middle power strategy. This, in particular, refers to the active operationalisation of multilateralism, the creation of a network of like-minded states and a major player in shaping regional security architecture. Some have also attributed South Korea’s middle power status as an “enabler of regional cooperation”. As stated in the NSP policy document, South Korea “seek[s] to play a pivotal role in the world and in shaping the future”. South Korea has a wealth of experience to share—especially with less developed nations—given its own transition from being a recipient to a donor country.

There are four ways to further improve the NSP-Plus.

First, to avoid policy limitations and maximise room for supply chain resiliency and functional cooperation, the coverage of the NSP countries can be expanded apart from ASEAN and India. This can be seen in the case of China’s Belt and Road Initiative (BRI) where membership is cross-regional (Asia, Europe and Africa), in Japan and India’s Asia-Africa Growth Corridor (AAGC), and in the US’ Indo-Pacific vision which has been linked with the Quad. Relatedly, Taiwan’s New Southbound Policy not only includes ASEAN and India, but also Australia and New Zealand and the entire South Asia. Some lessons can also be drawn from the policies of former South Korean presidents such as Lee Myung-bak’s Global Korea and Park Geun-hye’s staunch support for the regional grouping MIKTA (Mexico, Indonesia, South Korea, Turkey and Australia) in terms of how issue-based cooperation transcends geographic boundaries.

Second, South Korea can employ the concept of third-party market cooperation (TPMC) or the pursuit of joint ventures or partnerships with other countries to maximise capacity building in third countries (NSP countries). Korea International Cooperation Agency (KOICA) has already worked with the United States Agency for International Development (USAID) and the Peace Corps in joint action programmes. This can be followed through by KOICA working with Australia’s Export Finance Insurance Corporation (EFIC) and the US’ Overseas Private Investment Corporation (OPIC), among others, in NSP countries.

Third, South Korea can help strengthen ASEAN institution-building, regionalism and internal balancing by applying a similar policy framework to the Brunei-Indonesia-Malaysia-Philippines East ASEAN Growth Area (BIMP-EAGA) just as it does to the Mekong Region. In the Mekong, South Korea has helped setup the Mekong-ROK Biodiversity Center, Mekong-ROK Water Resources Joint Research Center, Mekong-ROK Cooperation Fund, and a Mekong-ROK Summit. South Korea can also connect with the BIMP-EAGA Business Council (BEBC) for the establishment of a joint business association.

The NSP-Plus’ seven priority areas are highly convergent with BIMP-EAGA’s 2025 Vision which centres on higher-level manufacturing, food basket, human resource development in ICT and e-commerce. The Asian Development Bank has already funded various projects of BIMP-EAGA such as transport links, power interconnection projects, Green City Action Plans, technical assistance and priority infrastructure projects. South Korea has an edge in pursuing functional cooperation with the maritime states of BIMP-EAGA given its leading role in maritime technology and innovation, research and development, and advanced shipyards. This is more so as the BIMP-EAGA also straddles the Coral Triangle which is deemed the “global centre of tropical marine diversity.”

It has been widely argued by many Korean scholars that the strategic rationale for the NSP is to hedge against South Korea’s so-called “Big Four” traditional neighbours and powers, namely, China, Japan, Russia and the US.

Fourth, there needs to be more reciprocity or two-way interaction in the NSP so as to not make it seem that ASEAN is only on the receiving end of South Korean generosity. For example, the NSP reports can also give equal emphasis on the inflow of ASEAN FDI and ASEAN enterprises in South Korea.

Finally, it is important to note that a change in the South Korean administration does not necessarily spell the end of the NSP, just as the US’ Pivot or Rebalance to Asia of the Obama Administration was remodelled to the Indo-Pacific under the Trump administration. 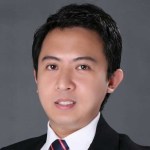 Research Fellow, the Asia-Pacific Pathways to Progress & Adjunct Fellow at the University of the Philippines (UP) Korea Research Center (KRC)

Aaron Jed Rabena is Research Fellow at the Asia-Pacific Pathways to Progress in Manila and a member of the Philippine Council for Foreign Relations (PCFR). His research interests include strategic studies, East Asian geopolitics and multilateral politics, political risk, and Chinese politics and foreign policy.