An ageing India will impact some more than others

Women and marginalised populations in India will bear the brunt of unequal socio-economic development as the country ages
02.11.2021
Bhargavi ThakurPublic Policy Student at the Harris School of Public Policy, University of Chicago
Bart W. ÉdesProfessor of Practice at McGill University’s Institute for the Study of International Development

Marginalised sections of society and women will have it harder as India ages. Photo by cottonbro from Pexels.

India’s demographic profile is a young one compared to most other countries, but it will soon be showing more grey around the edges. The over-60 age category is expected to nearly double as a share of the total population within the next three decades.

This trend has a multitude of implications for policymaking and state budgeting. These include the need for strengthened and financially sustainable pension regimes, equitable access to improved healthcare systems, expanded caregiving facilities and services for older persons, and incorporation of universal accessibility into infrastructure. As ‘older’ countries have shown, India is likely to experience lower productivity and slower growth as its average age creeps upward.

Not all the elderly in India’s future will experience ageing with the same resources and chances in life. Women, scheduled castes, scheduled tribes and other backward classes confront inequalities in access to healthcare, education and employment opportunities, and overall wellbeing and security. These disadvantaged groups will encounter greater challenges than others as senior citizens if they lack basic means to live and access to essential services.

Ageing India has a woman’s face

Indian society’s longstanding preference for boys over girls, reflected in sex-selective abortions and better nutrition and medical care for boys, has led to a highly skewed sex ratio, with more than 108 boys born for every 100 girls (compared to a global average of under 102 boys per 100 girls). According to a report from the Government of India, 63 million women are missing from India’s population due to societal behaviours that favour males. However, because women live longer than men, there are more women than men in older population groups. This trend is not expected to change in the years ahead.

India’s National Statistical Office estimates that the old age dependency ratio for women (the number of women 60 and over per 100 persons aged 15-59) is 16.7 in 2021, compared to 14.8 for men. The dependency ratios for both men and women are projected to increase to 21.5 for women, and 18.8 for men, by 2031, as the population ages and as women’s share of the older population grows. Though women are living longer than men in India, they have higher morbidity and disability at later ages.

Income insecurity is a significant source of vulnerability among elderly women in India. More than four out of five women have either no personal income at all or very little income. Economic dependency among older women is therefore high. Because the rate of their participation in formal employment is very low, women generally do not contribute to a pension that would help to sustain them later in life. When their husbands die, many struggle. More than two-thirds of Indian women live in complete economic dependence on others.

Old-age dependency among women can be largely attributed to disparities in educational and employment opportunities, stemming from patriarchal and established gender roles. On average, Indian men over the age of 60 have 8.7 years of formal education, compared to 7.5 for women. Women are generally expected to carry out the vast majority of household chores. Strikingly, 92% of Indian women take part in domestic work, compared with just 27% of men.

When women join the labour force, they do not enjoy the same opportunities as men, and often find themselves restricted to low paying work in home-based, labour-intensive and informal settings. India ranks a lowly 140 out of 150 countries in the World Economic Forum’s (WEF’s) Global Gender Gap Report 2021.

Most Indian women work in low-paid jobs in the agricultural sector, which is expected to be heavily impacted by job losses incurred due to automation. At the same time women are grossly underrepresented in more senior and higher paid jobs in tech, pharmaceuticals and medicine. WEF’s report notes that 22.3% of Indian women participate in the labour market, translating to a gender gap of 72%. In India, women hold only 29.3% of technical roles and 14.6% of senior roles.

The COVID-19 pandemic made matters worse for women’s employment prospects. Women who were employed prior to government lockdowns in the first months of 2020 were 23.5 percentage points less likely than men to be employed in the post-lockdown phase.

India also faces huge inequalities among people based on caste. Half of those belonging to scheduled tribes live in poverty, and those from scheduled castes (for instance, Dalits) and scheduled tribes are more likely to fall into poverty compared to forward castes. Poverty negatively impacts the economic, social and health conditions of people, and, as the population ages, disadvantaged population groups will face increased vulnerabilities, including illness and infirmity.

Caste-based inequity impacts all aspects of wellbeing including violence and everyday life risks. Caste also influences individuals’ opportunities to access education, employment and healthcare. Scheduled castes appear to experience this more significantly due to both poverty and their caste status, which increases their vulnerability to health risks. Life expectancy for scheduled castes, scheduled tribes and other backward classes ranges from about 3 to 5 years lower than for other Indians.

COVID-19-related lockdowns early in the pandemic had a disproportionate impact on vulnerable groups. Employment dropped more among lower caste groups than among higher ranked groups due to their higher representation in precarious daily wage jobs and their lower levels of education. Lower caste families were less able to help their children with remote learning, which threatens to exacerbate labour market inequality in India.

Moreover, lower castes were more likely to experience educational stagnation than upper caste populations. Losing jobs and access to education has exacerbated the disadvantaged situation of lower castes and will impact their living conditions into their elderly years.

To promote inclusive, sustainable growth, India must accelerate the removal of obstacles to the economic and social advancement of groups hindered by longstanding societal barriers. As they confront the additional challenges posed by an ageing population, policymakers must increase the focus on healthcare, education and skilling of women and disadvantaged populations. This will be essential to facilitating their active participation in a labour force that must be underpinned and complemented by a solid social protection floor providing basic income security into old age.

Although India’s national government and state governments have over time implemented numerous programmes providing affirmative action, subsidised jobs and food, and cash payments to poor and marginalised populations, they have failed to achieve their full objectives and proved inefficient. Reform of public sector approaches to lift up and empower disadvantaged individuals and groups is critical to successfully manage the transition to an older India.

This article is the second in a four-part series on ageing in India to the year 2050. The first article was published on Unravel, and can be read here. 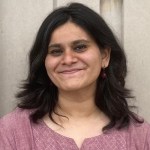 Bhargavi is a second year public policy student at the Harris School of Public Policy, University of Chicago. Before this, she completed a postgraduate diploma in Liberal Studies from Ashoka University, India and a bachelor’s in economics from the University of Delhi. She has worked in the policy space of behavioural sciences, sexual and reproductive health, and criminal justice against women. Bhargavi also leads a youth collective called ‘Sang’ which is working with underprivileged communities in India to help fight poverty and injustices against women.