Home People & Planet A tale of two cities: why Indonesia is planning a new capital on Borneo – and abandoning Jakarta. Podcast

A tale of two cities: why Indonesia is planning a new capital on Borneo – and abandoning Jakarta. Podcast

Indonesia plans to move its capital city from Jakarta on the island of Java to a new forest city on the island of Borneo called Nusantara. In this episode of The Conversation Weekly podcast, we talk to three experts in urban planning and ecology to find out why – and what the environmental impacts of the project could be.

Jakarta is a city struggling to keep its head above water. “It’s been attacked from both sides – from the river and from the land,” says Eka Permanasari, associate professor in urban design at Monash University, Australia.

The city experiences extreme amounts of rainfall, worsened by climate change, which regularly causes severe flooding. Coupled with this, massive extraction of ground water from aquifers underneath the city is causing the Jakarta to sink. “If you go to the northern part of Jakarta, you may see the road is higher than the houses next to it. In some other areas, it’s actually sinking more than 15cm per year,” says Permanasari.

Due to the problems facing Jakarta, plans to relocate Indonesia’s capital have a long history. During the colonial era, the Dutch considered abandoning the city, then called Batavia, due to flooding, high temperatures and disease linked to stagnant water. Since Indonesian independence in 1945, successive administrations have also floated plans to relocate the capital, but these never came to fruition.

Now, the government of President Joko Widodo, known as Jokowi, is forging ahead with a new project, estimated to cost around US$35 billion. In January, Indonesia’s parliament passed a bill to relocate the country’s capital city from Jakarta on the island of Java to the East Kalimantan province of Borneo. The government then announced the city’s name: Nusantara, which loosely translates as archipelago in sanskrit.

Hendricus Andy Simamarta is a lecturer in urban planning at the University of Indonesia and president of the Indonesian Association of Urban and Regional Planners. He says a big reason for relocating the capital is to shift Indonesia’s centre of gravity away from Java. “We are very dependent on Java economically, more than 50% of our economy is located in Java,” he says. Simamarta is sceptical that moving the capital to East Kalimantan will re-balance the economy, but he says at least it can start to “re-orientate our mindset of development”.

The dream for Nusantara is for a new high-tech, smart city, surrounded by forest. Borneo is an island with rainforests home to an abundance of different species, including orangutan and Asian elephants. However, Alex Lechner, an associate professor in landscape ecology at Monash University, Indonesia, who is based in Jakarta, says the area planned for Nusantara’s construction is currently covered by eucalyptus plantations – monocultures with less biodiversity than intact rainforest.

Lechner is impressed with eight principles set out for Nusantara’s development, including on carbon neutrality and circular economy approaches. “If it all looks like it’s looking like on paper, there’s potential for this city to be this shining example for southeast Asia of what green and sustainable development should look like,” he says.

But he’s also concerned about what might happen on Borneo outside Nusantara’s footprint. “What happens to all the development which this city encourages outside of the city boundaries? Is this going to be developed sustainably?” Lechner says if more roads are built to connect Nusantara to other parts of Borneo, this could produce a “fish-bone effect” with small roads leading off into the forest, which could have a “whole raft of cascading spillover effects on the environment and especially on diversity”.

Listen to the full episode to hear more about the challenges facing Jakarta and the plans – and politics – behind Nusantara.

This episode of The Conversation Weekly was produced by Mend Mariwany and Gemma Ware, with sound design by Eloise Stevens. Our theme music is by Neeta Sarl. You can find us on Twitter @TC_Audio, on Instagram at theconversationdotcom or via email. You can also sign up to The Conversation’s free daily email here.

Newsclips in this episode are from CNA News, Aljazeera English, France24 , The Jakarta Post, Media dan Informasi Sekretariat Presiden. You can watch a video showing a digital rendering of the presidential palace, designed by the artist Nyoman Nuarta, here.

You can listen to The Conversation Weekly via any of the apps listed above, download it directly via our RSS feed, or find out how else to listen here.

This podcast and article was first published on The Conversation and can be found here. 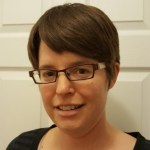 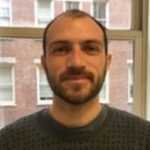 Daniel is a marine biologist-turned-science journalist with experience in print, radio and podcasting. He was previously at Marketplace and Big Picture Science, is a grantee of the Pulitzer Center on Crisis Reporting and holds an M.S. from Boston University in Science Journalism. Before his career as a storyteller, he worked as a biologist on the California coast tracking salmon populations and growing abalone. He's based in San Francisco.