Embracing its role as a developed country will allow South Korea to become more recognised as a key foreign policy actor
25.10.2022
Scott A. SnyderSenior Fellow for Korea Studies and Director of the Program on U.S.-Korea Policy at Council on Foreign Relations

Flags of the US and South Korea. Illustration by Shutterstock.

The primary security focus of the U.S.–South Korea alliance has been the stabilisation of the Korean Peninsula, both by deterring aggression from North Korea and by providing a combination of reassurance and restraint from the United States to South Korea. In these tasks, the alliance in its original form and intent during the Cold War worked primarily as a one-way instrument for the provision of security and stability to the Korean Peninsula. However, South Korea’s economic development and democratic transformation at the end of the Cold War enabled both sides to envision a two-way alliance partnership that has yielded security benefits beyond the peninsula and that has regional and global scope. These developments marked the transformation of the alliance from the patron-client relationship that had existed during the Cold War to a much more ambitious and comprehensive security partnership that took shape during the late 2000s. That wide-ranging partnership was formalised in the 2009 Joint Vision for the U.S.–South Korea security alliance under Presidents Barack Obama and Lee Myung-bak. It was reaffirmed in 2013 under Presidents Obama and Park Geun-hye and was revitalised in 2021 under Presidents Joe Biden and Moon Jae-in.

A broadened scope for the U.S.–South Korea alliance has not diluted the main purpose of the alliance as an instrument for deterring North Korean aggression. Rather, it has enabled new opportunities for deepened cooperation on a range of non-traditional security issues resulting from South Korea’s expanded capabilities and broadened economic and political reach. Through a more comprehensive security and political partnership, South Korea has benefited from the U.S.–South Korea alliance as a platform supporting its international contributions on issues that it might not have otherwise dealt with on its own, while the United States has appreciated South Korea’s expanded international support and willingness to use its capabilities to address a range of global security needs.

The revitalised comprehensive alliance framework laid out in the 2021 Biden–Moon Joint Statement underscores the value of the alliance, both as a component of the global security architecture and as an instrument that aligns closely with other alliance frameworks in support of the liberal international order. As South Korea’s profile and capabilities have increased, however, there remains some tension between South Korea’s reliance on the bilateral alliance as its primary platform for delivering international security contributions and South Korea’s development of multilateral arrangements among like-minded countries. 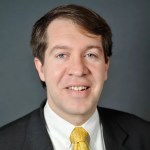 Senior Fellow for Korea Studies and Director of the Program on U.S.-Korea Policy at Council on Foreign Relations

Scott A. Snyder is senior fellow for Korea studies and director of the program on U.S.-Korea policy at the Council on Foreign Relations (CFR). His program examines South Korea’s efforts to contribute on the international stage; its potential influence and contributions as a middle power in East Asia; and the peninsular, regional and global implications of North Korean instability.