Home COVID-19 A quiet revolution in a British care home

A quiet revolution in a British care home

Low paid workers in the UK—recently, and rather unexpectedly—have found themselves applauded on a regular basis. As care workers, cleaners, postal workers and delivery riders become the darlings of the nation, could this radically change the shape and fundamental values of the economy?
15.07.2020
Dan DurcanLabour market specialist

Elderly people participate in the 'Clap for our carers' applause in appreciation of frontline workers during the pandemic in Sussex, UK. Photo by Sarah Bardsley at Shutterstock.

Low paid workers in the UK—recently, and rather unexpectedly—have found themselves applauded on a regular basis. As care workers, cleaners, postal workers and delivery riders become the darlings of the nation, could this radically change the shape and fundamental values of the economy?

The economic status-quo in the UK has been fairly stagnant since the 1980s. The idea that the market results in fair outcomes has been accepted equally by governments and the population. The tightly regulated labour market in the 1970s was reformed in the following decade and has been changed little since. Your pay reflects the marginal utility of your work: an uncontroversial assertion. If you want to earn more, change jobs or upskill.

One of the consequences of this approach has been an increase in inequality, and in-work poverty. However, change is in the air. Which brings us to the unlikely opponents of the deregulated labour market, care workers.

Shortly after the start of the COVID-19 outbreak in the UK, the public began clapping for essential workers. This began with health workers, but then extended to other essential workers. Notably, “Clap for Carers” became one of the mainstays of public expressions of support for key workers. The Welsh devolved government acknowledged this by giving each care worker £500 ($631).

Suddenly, after years of being the workers people preferred not to think about, care workers were the new heroes. These workers are feeding the infirm, cleaning human faeces, changing beds, and providing human company. They work long hours doing work that many would not. But their work keeps people alive, and never more so than during a global pandemic.

This section of the workforce, as with almost all low paid workers in the UK, has gone largely ignored by public and policymakers alike for many years. The average hourly wage is around £8.10, astonishingly below the legal minimum wage for a worker aged 25 or over of £8.72. The sector is so unappealing that as of 2019 the turnover rate was 30.8%, which means that in the past 12 months, almost a third of workers left their jobs. Around 60% of those who care for people in their own home have no guaranteed regular hours or incomes.

The market value of this workforce is pitifully low, and has gone under the radar for decades. Still, this is an industry that employs around 1.6 million workers (approximately the same number that work for the NHS, the state-run health service). This amounts to a significant 5% of the total labour force in the UK, reflecting the care sector’s importance.

These numbers should be sufficient to ensure the critical nature of social care is not underestimated. An estimated 411,000 people live in care homes, and there are around a million daily care visits. If this work was swept away, death rates of older people would see a sickening climb. No one can doubt how essential the work is, particularly now.

Breaking the camel’s back

The pandemic brought to the fore an awkward truth –well-paid workers became unessential to the economy. As of June, 9.3 million workers were furloughed, essentially being paid not to work. This is almost a third of the total of 28.4 million workers in the country. Most others were sent home during the quarantine and told to work from home. If wages were determined by indispensability, care workers would be in the top tax brackets.

Your pay reflects the marginal utility of your work: an uncontroversial assertion. If you want to earn more, change jobs or upskill. One of the consequences of this approach has been an increase in inequality, and in-work poverty.

Almost all high earning positions were expendable, with one of the exceptions being doctors. A bitter irony here was the UK Government’s COVID furlough scheme, in which the state paid up to 80% of workers’ wages, whether they could work or not. This meant that essential workers risking their lives to keep the infirm alive were being paid less than those possibly idling their time away on Netflix all day.

Care workers, on the other hand, have been essential. Public transport was kept running so they (and other essential workers) could get to work. Along with couriers, postal workers, nurses and warehouse operatives, they were indispensable.

Clearly, neither the wage structure of the UK nor the market economy approach reflect value added to the economy and society. The smooth economic models that demonstrate the equilibrium of supply and demand do not apply to these times. Neither does the idea that one’s pay reflects the value one adds. A care worker, keeping people alive, is being paid £8.10 per hour as compared with the average salary of £14.8 per hour. COVID-19 has exposed this, and given the low paid moral authority to challenge their lives of poverty.

Of course, detractors will hit back claiming that care workers’ pay reflects their skill levels, and their marginal utility. However, this misses the mark for a number of reasons. First, these workers have been risking their lives, without the danger money. And second, the crisis has shown the skills held by these workers that don’t come with qualification – the empathy, the dedication, and the provision of human company and dignity.

Given what we have been witnessing over the past few months, the UK could be coming to the end of its 40-year experiment of a deregulated labour market. The pandemic alone isn’t driving the change. Pressure was already building from the low paid. Trade union membership has risen for the third year in a row, after a 40-year retreat. The tap of cheap migrant workers has been turned off, by popular demand through Brexit. And there’s a nuanced impact of electoral politics in that the shifting electoral landscape means the ruling Conservative Party is now more dependent on low-income voters than ever before. It risks losing seats if it doesn’t listen to these workers.

A key potential goal for care workers would be state intervention on wages and working conditions, pushing up both to transform their quality of life.

The Conservative Party has done very well at the polls recently in drawing in traditionally Labour Party voters. The Conservatives saw an opportunity to gain low income voters through concerns over Brexit and immigration. This was typically identity politics, focused on culture as opposed to economics. Now the political epicentre has moved to the economics, where voter values lie more towards the left than the right.

In short, there is a potential moment of rupture coming. COVID-19 is forcing new conversations about issues such as state expenditure and the environment, both in the UK as well as beyond. It is also exposing fault lines that have existed for a while, but have been expediently swept under the carpet, and so inequality too will likely be in the spotlight. Part of this drive to reassess inequality will come from the low paid who want their efforts and sacrifices acknowledged in material terms, and not just in the symbolism of applause.

A key potential goal for care workers would be state intervention on wages and working conditions, pushing up both to transform their quality of life. This would previously have been unthinkable under a Conservative government. But given the pressure the government is under, it is likely to see change as the lesser of two evils. Intervening in the market to increase wages may turn some Conservative stomachs, but not so much as losing the next election. After all, which government wants to invite the wrath of its national heroes?

A quiet revolution in economic thought may be beginning in a care home. And its ripples may be felt far beyond the shores of the UK. 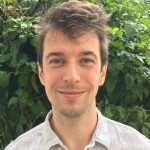 Dan is a UK labour market specialist, having worked for trade unions, think tanks, and in local government. Most recently, he led the development of an inclusive economic development strategy for an East London Council. He is currently on sabbatical in Latin America.