We explore where journalism stands today and the role of social media in news
25.01.2022
An interview with
Brock N MeeksFreelance journalist and former executive editor, Atlantic 57

Increasingly, questions around credibility and intent are asked of today’s journalism. Photo by Shutterstock.

Here, we speak with Brock Meeks, one of the pioneers of online journalism and founder of CyberWire Dispatch, the first online news publication set up in 1994, about the state of journalism, the quest for truth in a world dominated by social media, and the continuing use of media outlets as vehicles for propaganda.

Unravel: Going into 2022, what is your take on ethical journalism and was 2021 a good or bad year for journalism?

Brock Meeks: According to the Pew Center, a majority of American adults (67%) think fake news is a detriment, intended to mislead the public, with an erosion in confidence of the government the top effect. Americans’ confidence in each other follows close behind. I think ethical journalism is still alive and kicking, but there are so many detractors barking at its heels that it is in the toughest fight of its life.

I think 2021 was a slightly better year for journalism than 2020 for one specific reason: with President Biden in the White House, the press no longer has someone who was arguably the world’s biggest bully pulpit continually calling them “the enemy of the people” and howling about “fake news” with every other sentence. Now don’t get me wrong, four years of Trump brow-beating traditional media left its mark and it will be a long while before that stain is completely washed from the media landscape; yet, for some people, the media will forever be the enemy. And while restoring faith in traditional news isn’t the responsibility of the President of the United States, it sure doesn’t hurt that he’s not an outspoken and cantankerous opponent of it.

Unravel: With new media outlets proliferating (many of which are independent), are you optimistic about the truth, or worried about quality?

Mr Meeks: Whose truth? Yours or mine? In today’s world of extremely fractured news outlets, everyone can seek out their own little corner of truth where even the most extreme, insane “truths” are fed and nurtured. This balkanisation of news is what worries me. In today’s world if you don’t like what your traditional news outlet is dishing up, hell, you can literally go out and create your own, seed it with wacko ideas and falsehoods and soon find yourself sitting on a burgeoning media stronghold.

So, yes, I’m worried about “the truth” as defined by news that emanates from fact-based reporting.

And I’m worried about quality as well. It’s not only the new comers to the media world that we should fear. Traditional media organisations, now in the fight of their lives for survival and readership, must crank out their stories at such a furious pace that every once in a while even they crack.

Unravel: What according to you is the role of social media companies and news consumers in countering fake news?

Mr Meeks: First, social media companies don’t have a long and storied history with ethical journalism as traditional media outlets do, that’s one hurdle. Second, they aren’t journalistic entities at all; they are merely gatekeepers. Once you put censorship powers in the hands of a social media platform it becomes a “horns of the dilemma” problem. We want social media companies to ride herd on obvious quackery, conspiracy theories and the like. But then were does the line get drawn? We have to depend on the internal moral compass of social media companies from leaning too far in one direction or the other when they start deciding what kinds of journalism, ideas or opinions are acceptable and which ones are not. So, while I endorse social media companies taking an active role in policing their platforms, I also believe there must be an extra level of transparency into how social media companies are making such policing decisions.

Unravel: Do you think the use of media outlets as vehicles for propaganda at a national level is strengthening further?

Mr Meeks: Of course, using media outlets as vehicles for propaganda is nothing new. What’s evolving is the level of sophistication such propaganda can now attain, thanks to advances in technology. Tie that to a mind-numbing ability to reach an overwhelming majority of the population with the mere click of a button and you have a recipe for disaster. So, yes, I think media outlets as vehicles for propaganda at a national level is strong and riding the crest of a rising wave. 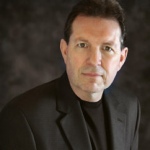 Brock Meeks is an award-winning reporter and online journalism pioneer. He previously reported for MSNBC, Wired magazine and the San Francisco Chronicle, among others. He was founder of CyberWire Dispatch, which helped pioneer the online news industry.