2022 Outlook: The future of globalisation

We find out about the prospects of global trade in 2022 and the continuing US-China trade spat
18.01.2022
An interview with
Michael G PlummerDirector of SAIS Europe and the Eni Professor of International Economics at Johns Hopkins University

An industrial port with containers in Hong Kong. What's in store for global trade in 2022? Photo by Timelab Pro on Unsplash.

The onset of COVID-19 and its subsequent impacts on global trade have been profound. But global trade is bouncing back. Here, we speak with Michael G Plummer, Director, SAIS Europe and Eni Professor of International Economics, Johns Hopkins University, about the future of global trade, the continuing US-China trade war and the themes that will shape globalisation in 2022.

Unravel: In your view, what are the prospects of global trade in 2022?

Michael Plummer: I am cautiously optimistic for trade growth in 2022. The COVID-19 pandemic hit international trade very hard due to its direct effects on growth and trade-related activities but also due to political pressure for more inward-looking trade and investment policies, such as “reshoring” of supply chains, as a way of dealing with economic uncertainty. The economic rebound in the first half of 2021 was stronger than many had anticipated; for example, the WTO revised upwardly its estimates of trade growth after the first half of 2021 and its last predictions were for 10.8% merchandise trade growth in 2021 and 4.7% in 2022, pretty much picking up the pre-pandemic trend. However, these estimates are from October before the “Omicron shock,” which is currently spreading at unprecedented rates throughout the world. Obviously there continues to be a good deal of uncertainty. Still, I am optimistic that after a fairly difficult first quarter in 2022 we should see a rebound. In my view, 4-5% growth in trade in 2022 is a good bet, barring any new surprises in the context of the pandemic.

Unravel: Do you expect the China-US trade conflict to continue in the new year, or do you think it will peter out?

Mr Plummer: Unfortunately, yes, I do think it will continue without any clear path leading to a breakthrough. The Biden Administration has softened its tone vis à vis China compared to the Trump Administration, which is critical to progress, but it has done little in terms of softening its policies. The Phase I agreement has now expired and China has not met its purchasing commitments, though US exports to China have increased and the pandemic obviously created a difficult environment. No doubt the United States will try to hold China to its commitments and that could lead to additional conflict. The Biden Administration said in October that it would not be seeking a Phase II per se but will continue negotiations. In these negotiations, there exists hope of confidence building and, perhaps, measures that would prevent a further deterioration of relations. But keep in mind that 2022 is a key election year in the United States, and relations with China will be a hotly-debated topic, with Democrats and Republicans jockeying to be more hawkish. From the human rights situation in Xinjiang and Hong Kong to China’s threats to Taiwan, there is ample grist for the anti-China mill. The Biden Administration will not want to look “weak” in any case and this constrains its ability to manoeuver.

China, for its part, has reacted forcefully to any criticisms directed at it. Increased anti-China rhetoric in the United States and other countries will continue to be met in kind. Moreover, China is implementing a long-term strategy of eliminating technological dependency on the West, deepening its relations with its neighbours and beyond. China is asserting its global leadership role through the Regional Comprehensive Economic Partnership (RCEP) as well, which went into force on 1 January and comprises 15 countries constituting almost one-third of global GDP, the Belt and Road Initiative, and its recent application to join the Comprehensive and Progressive Agreement for Transpacific Partnership (CPTPP), which currently includes 11 countries on both sides of the Pacific.

In short, hard to see any daylight for improving US-China relations in 2022, despite the attendant benefits of doing so. Perhaps 2023.

Unravel: What will be two or three of the key globalisation-related themes you expect to see play out in 2022?

Mr Plummer: We just discussed the first one in the last question, that is, China’s relations with the US and other OECD countries, and the prospects aren’t good for 2022. On a more positive note, 2022 will be an important year for “megaregionalism,” or large, plurilateral regional trading agreements, which are moving forward impressively in direct contrast to projected modest outcomes at the postponed 12 WTO Ministerial Meeting (to be held sometime in 2022). As noted above, the RCEP went into force on 1 January 2022, with expectations that the five countries who have not yet ratified the agreement will do so this year. I have my fingers crossed that India, which started negotiations with other RCEP economies in 2012 but left in November 2019, will consider returning to the RCEP table but it is unlikely to do so in 2022. The CPTPP will be evaluating new applicants this year, including from the United Kingdom, China, Taiwan, and most recently Korea. My co-author, Peter Petri, and I estimate that the RCEP and an expanded CPTPP will likely have large regional and global effects, for example, the RCEP should increase global incomes by about $284 billion annually on a permanent basis by 2030, and the CPTPP plus China would increase global incomes by more than twice that number ($632 billion). Look for additional economies to seek membership in 2022. The African Continental Free-trade Area (AfCFTA), which is made up of 54 of the 55 members of the African Union, went into effect on 1 January 2022 as well, and the World Bank estimates that it will increase incomes by about $450 billion by 2035 and lift 30 million people out of absolute poverty.

A third theme will be the global community’s trade-related approaches to implementing the UN Climate Change Conference initiatives, which held its 26th conference in the UK in October-November 2021 (COP26). In particular, working out issues like “carbon adjustment taxes” will be important this year, as leaders seek to balance the need to endogenize climate-related costs while avoiding potential abuse and new forms of protectionism. 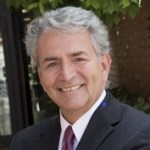