We find out why the Indian Farm Bills law was repealed, and its repercussions on the Indian agriculture sector
18.01.2022
An interview with
Prerna Sharma SinghCo-founder and Head – Agriculture, Food and Retail at Indonomics Consulting

After over a year of protests by farmers in India, the Indian government buckled under pressure to carry out bold farm reforms. Here, we speak with Prerna Sharma Singh, co-founder and head – agriculture, food and retail at Indonomics Consulting, about India’s repealed farm bills and how it will impact India’s agrarian economy going forward.

Unravel: In your view, what led to the rollback of the Farm Bills law in India?

Prerna Sharma Singh: In my view, the following factors led to the unfortunate withdrawal of the farm reform legislations.

First, the fear of losing the upcoming state assembly elections in Punjab, and especially the state of Uttar Pradesh which sends as many as 80 members of parliament (MPs) to the lower house of the Indian Parliament. The poor showing in local body elections in Uttar Pradesh and the landslide defeat in the assembly election in the state of West Bengal seem to have scared the ruling BJP.

Second, media reports say that a section of BJP’s core voters, was also opposed to the farm reforms. In sum, the crude electoral math was behind the rollback in my view, never mind the official explanation that the government of the day has to respect public opinion. Emboldened by the Modi government’s big retreat on farm sector reforms, vested interests will try to block all kinds of future reforms.

To make matters worse, the government has banned futures trade in seven agri commodities that looks like a throwback to the pre-1991 license quota raj. It’s like making a bad situation worse. What India actually needs is a well-developed futures market to minimise price risks for both buyers and sellers of farm produce, as the coverage of India’s assured procurement mechanism is limited to four crops – rice, wheat, cotton and sugarcane. As a result, producers of other major crops remain vulnerable. The demand for a legal backing to minimum support prices (MSP) for all 23 crops is therefore flawed.

Unravel: How does it impact Indian agriculture?

Ms Singh: The rolled back reforms were required to take Indian agriculture to a high productivity-higher growth rate path from a low productivity-low growth path. Agriculture needs to free itself from the clutches of exploitative middlemen and a handful of rich farmers monopolising most of the input subsidies on chemical fertilizers, electricity and water who also benefit from an open-ended procurement system and yet don’t pay any income taxes. Huge investment is needed to upgrade the post-harvest infrastructure, and in turn help cut wastage and increase agro-processing. That calls for putting an end to market distorting policies and these reforms were aimed at doing that. Thus, the rollback is no doubt unfortunate.

Unravel: With this farm bill law in India, who have been the winners and losers?

Ms Singh: The farm reform laws would have benefitted all kinds of farmers from all Indian states, rather than a small minority of rich farmers from a few states such as Punjab, Haryana, Madhya Pradesh, Uttar Pradesh and Telangana who benefit from the existing procurement system and generous input subsidies. The farm reforms would have provided the farmers—including the small and marginal ones—the freedom to choose the marketplace and the buyers of their produce. With reforms rolled back, they will continue to remain at the mercy of exploitative middlemen who dominate Agricultural Produce Market Committee (APMC) mandis or market yards. The private players including large corporate buyers who were interested to invest in agriculture and buy directly from farmers have now lost interest after the roll back. Urban consumers too will continue to bear the cost of huge losses and wastage due to inadequate post-harvest infrastructure in the form of higher retail prices of farm produce.

Unravel: What are the prospects of the Indian agriculture sector in the coming year?

Ms Singh: Given the fact that nearly half the gross cropped area under cultivation is still dependent upon unpredictable monsoon rains, a normal monsoon is a big relief. As of now, sowing of the Rabi crop looks fine. I expect the agriculture and allied sector to grow at its usual rate of 4-5% in 2022 unless something unusual happens such as poor monsoon rains from June to September. 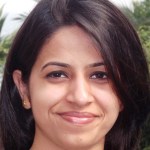 Co-founder and Head – Agriculture, Food and Retail at Indonomics Consulting

Prerna is a senior agri-business specialist with over a decade of experience in agricultural and food policy research and advisory. She's a fellow of the prestigious International Visitor Leadership Program (IVLP) and has been advising leading Indian and multinational companies about demand, supply and price trends in India's agricultural and food market. Prerna is head of agriculture and food verticals at Indonomics Consulting Private Limited and one of its board members.