We find out whether the digital changes brought about by COVID-19 are here to stay, how DeFi will proliferate, and the future of cash
18.01.2022
An interview with
Rahul MudgalGlobal Marketing Director at DOCOMO Digital

The whole idea of experiences will be redefined. Illustration by Pixabay.

Here, we speak with Rahul Mudgal, Global Marketing Director for DOCOMO Digital, about the two big themes that will play out in 2022 in terms of content and fintech. We also discuss why cash will continue to rule the roost in the foreseeable future in South and Southeast Asia.

Unravel: We’ve seen a substantial uptick in the consumption of OTT media and other forms of digital entertainment such as games in the wake of the pandemic. Do you expect this trend to continue as we put the worst of the pandemic behind us?

Rahul Mudgal: Some of the trends are here to stay, but there will also be fatigue on the part of consumers in terms of the number of choices they have. So, they’ll want to look at services that actually ease their ability to make choices. They’ll want to look at some sort of an aggregation. StubHub by Optus Australia, part of the Singtel group, is a good example of that aggregation, where the telcos become more central to the digital lives of their consumers rather than just being that connectivity layer, while Netflix and Amazon ordinarily/ otherwise rule the roost.

The worst of the pandemic is behind us is going to be a highly optimistic statement to make. So, I’d say that given the information asymmetry we have around how many new variants we are to expect in 2022, it’s safe to say that some of these trends will continue. You will also see a lot of consolidation in the OTT and Gaming space. I wouldn’t be surprised to see Disney divest into ESPN and exit ESPN. They’ve not been able to monetise it in the way they wanted. They want to focus their energies on Disney+ and ESPN itself can be better monetised rather than being a part of Disney.

You will see some of the regional players coming out of Southeast Asia, South Asia or China. They will enter into partnerships with some of the larger providers. That’s more to do with the dynamics of how the market pans out. No one else has the budget for localised production as a Netflix does. But even Netflix is going to struggle – as you have already seen that their cheapest plan in India is US$2.5, while they increase prices in Singapore from SG$16.5 to SG$19.5. Much of their user growth will actually be coming out of South Asia. When they talk about subscriber growth, they talk about the numbers in India or what it is doing to their topline, with a US$2.5 plan. The issue is they are not making much money in India—one of the rapidly growing markets—and most OTT providers are now undertaking a discounting battle to gain market share.

The whole idea of experiences will be redefined. Away from the virtual reality (VR) headsets, you will see a lot more developments around augmented reality (AR). With even original equipment manufacturers (OEMs) enabling AR through their devices, the whole experience of content consumption could change from a static screen to something that can actually be layered into your current reality. In fact, metaverse came close to becoming the Oxford Dictionary word of the year 2021 if related Google searches were the only deciding criteria. The metaverse hype curve is far from slowing its march in popular imagination. The tension between the walled-gardened versions on the one hand and the open-source, open-standard community-driven versions on the other is also likely to gather momentum at the same pace. Another inflection point will be hardware. Is the Metaverse driven by VR or AR, or something else entirely and powered by low latency 5G networks and clouds on the current generation of smartphones itself? Some surprises in store perhaps as more platforms join the fray in 2022. Experiences especially in live sports streaming will transform with 5G-driven ultra-high speeds rendering 8K video coupled with an interactive AR layer.

I also see that there may be an opportunity for platforms to go beyond their current experiences. My favourite guy, Scott Galloway, keeps talking about Apple acquiring Peloton and introducing the Apple car. It’s all about how much time a user is spending in the iOS environment. How do you keep them logged into an iOS environment? So, the platforms are always looking to have captive audience within their environment. You could argue that for the Meta platform’s family of apps as well, they are looking to consolidate that at some level. So, everyone is wanting to be a platform in terms of content providers and in terms of a fintech provider. Everyone wants to be a superapp.

Those are the two big themes that I see playing out in 2022. One on the content side and the other on the fintech side.

Unravel: What are a couple of the key developments in fintech/ payments that you expect to see in 2022 from a consumer perspective? What are some developments you hope to see in this space?

Mr Mudgal: In the fintech/payments space, a lot of moves will be seen from superapps. You’ll see that PayPal acquired Honey in 2019 and PayPal also has the intention of becoming a superapp, where everything, not just payments are happening within the PayPal ecosystem itself. If you look at their current interface, it allows you to shop on loyalty and so on.

Amazon itself is an all-encompassing payments ecosystem. So, you see this quest to become superapps by platforms and by large fintech companies. There’s Stripe, Square and now Block and PayPal are certainly the top companies that are contending to become superapps.

You could argue that the DeFi movement will be something to serve for that purpose. You will have a lot more applications, a lot more use cases of DeFi. A great example that I could think of is not actually an application in finance, but in identity. A Temasek led company called Affinidi, it’s part of a blockchain by Temasek. They are solving for self-sovereign identity. How can users have more control of their own data and serve for identity credentials? You’ll see applications of DeFi go beyond finance. And that certainly is going to happen.

You will also see a lot of consolidation in this space. You see VC funding is boiling over, expat funding is boiling over. CB Insights mentioned that there are 43 fintech firms which in the third quarter of 2021 alone became unicorns. Large banks will acquire some. Other fintechs will acquire others. It’s bound to happen, but essentially, we’ll have three vectors. You’ll have (1) big finance and big banks and what they will go after; (2) Visa and Mastercard already are some of the biggest acquirers of large and small fintech firms; and particularly now in the crypto space, you’d have a lot more regulatory scrutiny which will then push some of the fringe companies towards either consolidating themselves by merging or joining hands with some of the larger companies; and (3) it’s certainly going to be more of what we’ve seen in 2021 at an accelerated pace, with some countries introducing very restrictive regulations around cryptocurrencies, which is unfortunate for the industry, but it stems from this whole paranoia of central banks. Rightly so, you see there’s Bitcoin and everybody else. And some of the new projects have less of a decentralised element, which means that at some level or the other they continue to be very centralised. Yet, Bitcoin as a share of the overall crypto asset class has reduced from over 65% at the beginning of 2021 to about 40% now, and that is a clear sign of the other projects beyond Ethereum gaining significant traction, also helped by the rapid growth in NFTs and virtual real estate. And one could argue otherwise, but I think some of these regulations will stem the flow, but not be able to entirely control it.

Unravel: In your view, what is the future of cash?

Mr Mudgal: Regardless of what the fintechs say, I think the future of cash is strong. Cash is here to stay at least in the foreseeable future because you have to look at the dynamics of cash in places like Southeast Asia, for instance. Even in developed markets like Japan or Western Europe, cash is still high in circulation.

If you were to discount the outliers like the Nordics or Sweden, you’d find that even in Western Europe—given the high penetration of credit cards—you still find high usage of cash. I don’t think cash will go away. It will certainly reduce in circulation, but you still have a very strong bias towards cash, given the dynamics of certain markets and certain demographics, especially the underbanked segments. 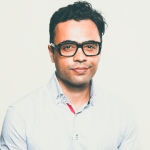